GET NEWS AND ARTICLES IN YOUR INBOXPrint
A
A
Home | Mises Library | Books, Online and Off

Books, Online and Off 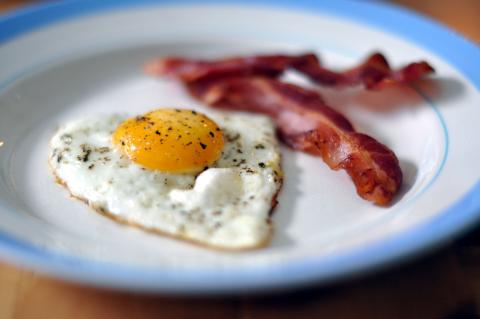 Many people find themselves mystified as to why the Mises Institute puts books online for free that it is also trying to sell (elaborating now on some thoughts first put on the blog). For example, here is Llewellyn H. Rockwell, Jr.'s Speaking of Liberty (which you can also purchase). Here is Hans-Hermann Hoppe's The Myth of National Defense (which you can also purchase). And the most accessed of all: Ludwig von Mises's Human Action, in many different formats with an interactive index, even as the offline Scholar's Edition remains a bestseller on Mises.org.

Below is a detailed account of how we arrived at the policy that as many books as possible should be made available online and offline—and why we think it would be a good idea for all publishers to do the same. Of course Amazon.com has slowly come to this policy as well, and no one watches the relationship between information and sales as closely. At this point, they are limited only by a publisher's reluctance to let go. And here we are speaking of new books and issues of marketing and sales. The case for making older volumes fully available for purposes of education is even more obvious.

The point is to expand the market and not assume a fixed number of consumers. Books online and offline reinforce the viability of each other, just as movies in theaters boost movies in rental, and free radio helps the market for CDs for purchase. It takes some thought and entrepreneurial judgement to understand why, but the history of technological development informs the case. As one commentator put it on the Mises blog: "Nor did ideas written down in scrolls or illuminated manuscripts undermine the teacher/guru. Nor did knowledge in mass-printed books undermine schools/colleges."

The topic comes up because two weeks ago the Mises Institute released Man, Economy, and State, with Power and Market—by far our most time consuming and expensive publication project in our 22-year history. At $50, this hardbound, 1550-page treatise on economics is an incredible bargain, but still expensive for any book. At the same time, the Mises Institute released a page with the full text of the book in PDF and Table of Contents to accomplish the step-by-step development of the full text in HTML. A number of readers commented that they believed this policy was generous but essentially nuts, and helpfully advised us that if we knew what was good for sales, we would take down this page immediately!!

Rather than take it down, it is our hope that people will put it in their favorites list and forward it far and wide. As a nonprofit dedicated to getting the word out about Austrian economics, and serving many people in the world who are interested in learning, it only makes sense that we pursue every viable means of doing so. To have the means of providing something as powerful as this book for free and not doing so would amount to deliberately withholding the product pending payment from people who may or may not have the means of providing it.

That prospect of withholding ideas when it would be easy to make them available has to make every nonprofit that cares about its mission somewhat squeamish. There is nothing wrong with making a profit but if that were the sole purpose and if doing so was financially viable, there would be no point in the non-profit structure that has existed since the ancient world. (For more on nonprofits as market institutions, see Rothbard's "The Myth of Neutral Taxation"). We gladly offer these texts at no charge simply because we believe that this is part of our core mission.

If that sounds implausibly high-minded, there are other considerations at work. There was much confusion in the early days of the web about whether online viewing would displace books. It didn't happen. In fact, the broad development of the web as a vehicle for commercial search and delivery has actually led to a boom in books sales, both new and used.

All of this means that one does not (necessarily) cut into one's sales by offering the book online for free. By showing people what is inside the book, it is possible to increase sales of the offline book. The very existence of the online version means that the offline version becomes more valuable because now one can copy and paste quotations, easily refer back to the passage even when the book is not in hand, or send URLs around to friends or post them on the blog to makes points. We are getting to the point that if a book is not online these days, it faces an additional hurdle that it otherwise would not face (not substitutes or complements but tied goods, like piano strings and keys).

Here is a case in point. For some years, Misesians have worried about the status of Mises's wonderful book Omnipotent Government (1944). It was the first and still remains the most masterful study of the economics and politics of German National Socialism, perhaps the most anti-Nazi book published in its time. It demonstrates that the Nazi ideology was a species of orthodox socialist theory, and thereby corrects one of the most pervasive political errors of our time (that Nazism and Communism represent opposite ends of an ideological continuum.).

In any case, the point is that the book has long deserved far more attention than it has received. When it first appeared in 1944, from Yale University Press, reviewers saw it as a classic and expected it to have a huge impact. But many on the left and right had every reason to make sure Mises's book did not achieve a wider readership. For years, we've wanted to do something to correct for this.

Meanwhile, however, the current publisher would not allow the text to be put online through the Mises Institute. Many of Mises's books have been online and, as a result, were being referred to and quoted and discussed (and purchased) as never before. But not Omnipotent Government. It was not getting the attention it deserved, and, indeed, faced the prospect of forever living in the shadows of those books that are online.

After three years of letters, emails, and phone calls, we finally persuaded the publisher to let us go ahead, but we could only do so on the condition that we compensate the publisher in advance for all the lost sales they were sure that they would absorb. Their attitude is somewhat understandable. They figured: why would anyone buy the book now that it is being given away for free? They demanded an upfront payment. And so we paid, essentially leasing the book from the publisher. And, after lots of formatting and proofing work, we put it online here.

What happened was precisely the reverse of what the publisher expected. Instead of lost sales, the sales of the book shot up. In the few weeks since the text went online, more copies of this book left our warehouse than during the whole of the last decade. Omnipotent Government is now a top seller in the Mises.org catalog.
The publisher obtained not only the leasing fee from our offices but suddenly enjoyed a flood of new orders for the book from us.

Most gratifying is how quickly ideas are disseminated in these times. Already commentators and bloggers have noted the parallel between the modern protectionist argument about outsourcing and the same arguments made by Nazi protectionists in the 1930s—citing Mises's study in particular. In only two weeks of being made available, the book and its arguments went from being invisible to being part of the circulating body of ideas that animate public debate. This experience illustrates the point very nicely that those who cling to copyright as a way of denying people knowledge are just wrong.

The same events repeated themselves with Mises's book Bureaucracy. Here is a book that offers a tremendously revealing analytical framework for understanding the public sector. Mises explains why government is inefficient, why it never seems to have enough money, why budget cuts seem arbitrary, and why there is no real way to know whether government is doing anything socially valuable or not. His analysis applies whether the bureaucrats in question are public spirited or not. It is a very powerful work and yet it has long been obscured by the public-choice school's insights on the public sector—which, however valid, are not as foundational as Mises's.

In any case, the book no longer lives in obscurity. It can again be part of the living debate of our times. Why isn't the case for making these texts available more obvious? Part of the error at work here is having an unnecessarily restricted view of the potential market for these books. If you believe that they are bought only by a small group of libertarians or Misesians whom you have known from various conferences in the past, or you believe that the number of Misesians will always be restricted to a tiny remnant, you might believe that you must configure offerings in a way that somehow traps these people into purchasing a product.

But when you realize that the market for libertarian/Misesian books has been vastly underestimated and artificially restricted due to technological considerations, it is easy to see that an online text does great good on its own as an educational tool. The market for Misesian theory, delivered via whatever means one can conjure up, is not fixed but rather potentially enormous: it is just a matter of getting the word out.

We are hard at work doing this to other Mises texts as well, and putting up as many books as we can manage on a daily and weekly basis: Ludwig von Mises, Murray N. Rothbard, Frank Fetter, Fritz Machlup, Frank Chodorov, George Reisman, Hans-Hermann Hoppe, David Gordon, among many others. When possible, we like to offer full text, and a searchable and copyable PDF (which means more than just pumping the text through a scanner). Of course time and resources constrain us; making a searchable PDF is not a snap. A quality HTML, driven by a database, takes even more time—and money to pay for server space.

In any case, we try to make texts available whether the book was published yesterday or whether it is long out of print, and insofar as rights holders cooperate. This strategy makes sense to us both in terms of our educational obligations as well as our fiduciary responsibilities: doing good and doing well (or at least not going broke tomorrow). As with all exchanges undertaken on a voluntary basis, everyone wins.

One final appeal: if you approve of this strategy and appreciate it, remember that "free books" are that in name only. We must pay the server charges of hosting, we must pay the leasing fees (so long as the publisher continues to insist on them), and we must pay the labor and time it takes to put them up. They are there for the taking. But we would also appreciate your support of this and other projects of the Mises Institute. No surprise, you can become a member online too.