The Birth of a Man | Mises Institute
Skip to main content

The Birth of a Man 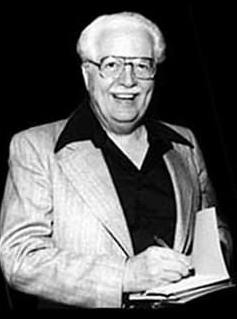 It is time for the descendants of the early American patriots who fought and died for that poorly defined but magnificent idea, liberty, to let their voices be heard once more. It is time for those newly arrived Americans, fleeing the atrocities and tyrannies of Europe and Asia, to speak up boldly in favor of the liberty they came here to find.

Humanity the world over is sunk under a weight of excessive bureaucracy sired by the socialist ideologists.

The American government is no more worthy in its present formation and policy to raise a banner of freedom than is the thundering crew of political slave masters headquartered in the Kremlin.

If the crack in the liberty bell is to be welded shut so that the tocsin call to freedom can be heard among the world's oppressed, it must be free men outside of government who perform this welding task. No government that curtails or inhibits individual liberty can possibly man the universal carillon.

What is needed is a rebirth of the spirit of liberty. The Declaration of Independence contained that spirit. But it was limited, not by the desire of the authors but by the circumstances under which it was produced. The oppressed colonists of that prior day were concerned with independence fromBritain. The oppressed individualists of our generation are concerned with independence from government.

They are conscious that moral law must provide the base of their society. They are becoming conscious now that governments, by their very nature, tend to subvert moral law in the interests of expedience.

The Declaration of Individualism

When, in the course of human events, it becomes necessary for one individual to dissolve the political bands which have held him under the dominance of any state, and thus to assume his full stature as a human being among the others of his kind, in compliance with highest moral law and in conformity with nature's laws and in deep humility before nature's God, a decent respect to the opinions of mankind requires that he should declare the causes which impel him to thus stand forth a free being and subservient to none.

These truths are held to be self-evident, that each man is better qualified to govern his own affairs than any other man or combination of men or agencies are so qualified; that he is endowed by his Creator with certain unalienable rights, that among these are life, liberty, private ownership of property, and the pursuit of happiness. That to secure these rights, each man is qualified to select for himself that agency or those agencies which seem to him best suited to protect his life and his property, to maintain his freedom, and which lie within his ability to afford. That whenever any agency evinces characteristics of tyranny, he is well within his rights and his powers to discharge that agency and to find another more suitable to his inclinations and his finances. That he is competent to accomplish this end singly or jointly with others, with the express understanding that no single person may be coerced or trespassed against in the formation or the maintenance of any such joint enterprise.

"Experience, indeed, will dictate that governments in practice erode and destroy the individuality of man by virtue of the coercion they exercise against their citizens."

Experience, indeed, will dictate that governments in practice erode and destroy the individuality of man by virtue of the coercion they exercise against their citizens. Therefore, he will take due cognizance of this fact, and should a new government be deemed advisable and most likely to effect his safety and happiness, he will see to it that the just powers of that government shall be derived from the individual consent of those governed. No man shall be compelled to pay a tax for a product or service he does not wish to enjoy. On the contrary, each man wishing such product or service shall bear the full pro-rata cost of that product or service without resort to taxation.

No man, in making this individual declaration, is seeking by so doing to overthrow or subvert any existing government. He is, rather, intent upon stopping the long train of abuses and usurpations which have pursued a single object of placing him under absolute despotism. If others want tyranny, he is content to let them pursue it to their pleasure. He seeks only to stand free of the political shackles that fetter his own wrists.

He will not use force to secure his objective. He will obey the edicts of his rulers when he is compelled to obey. But he will no longer volunteer to further tyranny, either by beseeching subsidy or support, or by accepting it should it be granted him. He will make his own way, for better or for worse, and hold himself accountable to his God for his success and his failure.

The history of the present governments the world over is a history of repeated injuries and usurpations against humankind, having in direct object the subjugation and the socialization of every human being.

To prove this, let facts be submitted in candor to mankind.

In every stage of these oppressions, individual citizens have petitioned for redress, in the most humble terms. Their repeated petitions have been answered only by repeated injury. Any government whose character is thus marked by every act which may define a tyranny, is unfit to be either the ruler of or the protector of individuals.

"There will always be those who will assure themselves they would like to be a full-fledged individualist if only they could be certain that others would take the same position. The true individualist will not permit himself to be comforted or protected by that alibi."

Nor has the individual been wanting in his esteem and affection for individual political figures he may know and admire. Repeatedly, these political figures have been asked to right the wrongs being heaped upon their fellow citizens. Party support has been switched, encouragement has been given to well-meaning and outspoken politicians who promise a surcease of these manifold woes. But to no avail. It appears that the government office is now so large that it dominates the man, and that no man in power is large enough to dominate his office.

Appeal has been made to a sense of justice, a sense of fair play, and a sense of economy. The men in government have been deaf alike to the voices calling for justice or even for a recognition of the fact that they, too, are human.

Therefore, while the necessity is deplored, it must be declared that men in office who are performing coercive functions in violation of nature's laws have become themselves a part of the state, which is the source of the difficulties. They are either helpless to right these numerous wrongs, or they are willingly perpetrating them.

I, therefore, a citizen of this nation, standing by myself and exerting no influence or coercion over any, and appealing to the Supreme Judge of the world for the rectitude of my intentions, do, in the name and by the authority which resides in all free men, solemnly publish and declare, that I am and of right ought to be a free and independent human being. I will therefore, now and henceforward, refrain from participation in all agencies of government whenever and wherever I am permitted. I will be independent and self-supporting, looking neither to government nor to any similar agency of force to provide for me. Nor will I willingly join with any organization, group, or person who counsels or urges violence, coercion, or the forceful regulation of my fellow man in any particular whatsoever.

And for the support of this Declaration, I pledge my life, my fortune and my sacred honor.

The idea and the ideal of individual resolve will be slow to take hold. Men are gregarious and by instinct fearful of full reliance on their independent judgment. But the case for individualism will rest its plea on the laws of nature and nature's God, and it will be justly judged in time.

If it is true, as has been argued, that our problem with socialism resides inside each human being, then it must follow that the cure for socialism is one which must be self administered. You cannot control any other person. This is a physical impossibility. Your rights are unalienable, even by your own willingness and connivance to alienate them.

The cause of individualism and human liberty is too important a cause to be entrusted to any organization or group of men. Only you can improve yourself to the point where you are competent and capable of defeating socialism within yourself. Only by so doing can you become able to serve the cause of freedom for all men.

This article is excerpted from chapter 14 of This Bread Is Mine (1960).

Robert LeFevre (1911–1986) ran the Freedom School and Rampart College, founded in 1957. He had a legendary impact on a whole generation of libertarians. LeFevre's complete audio archives is available in Mises Media.