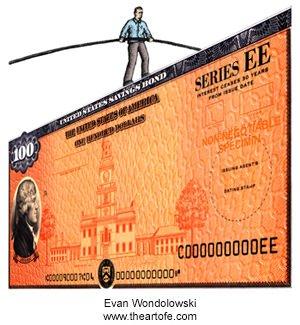 I. The Incentives for Holding and Issuing Government Debt

Many people invest their savings in government bonds. They are obviously of the opinion that government bonds offer an attractive yield and represent fairly little risk.

But wait a moment. What do government bonds actually stand for? Who pays the interest on these bonds? And who repays them?

A government bond represents a loan to the public sector, and the government uses the funds to finance its outlays: it pays politicians, bureaucrats, favored groups, social security, military spending, infrastructure, etc.

The government takes recourse to debt financing because tax revenues typically don't cover its outlays. But why doesn't the government raise taxes, or reign in spending, to fill the financing gap?

People don't like to pay taxes. At the same time, they do like to receive financial benefits from the government. Those in government, in turn, love to make people happy by giving them money — as this is the best way to secure reelection.

Of all the financing instruments available, debt financing is, economically speaking, the most attractive from the viewpoint of the government and the electorate.

First, via debt financing the government can finance its hand-outs without burdening the taxpayer. The electorate can enjoy financial benefits for which it doesn't have to pay.

Taxpayers just have to shoulder the interest-rate costs on government debt, whereas the repayment of the debt is transferred onto future generations of taxpayers.

Second, people tend to buy government bonds voluntarily, so new debt can easily be issued and placed with savers without causing political opposition.

Third, government bonds are considered low risk: the government has the power to tax — that is, to expropriate taxpayers — so investors in government bonds have reason to be fairly confident that they will recover their investment plus interest.

And fourth, socialist-ideological economics do their best to legitimize government debt: for instance, it is typically said that credit-financed public outlays stimulate production and employment.

This, however, is a misconception. The government doesn't create new goods by credit-financed spending. Debt financing allows the government to considerably increase its grip over scarce resources, resources that would otherwise be available for alternative investment projects.

As the foregone benefits of the unrealized investments do not typically come into sight, peoples' indignation about wasteful credit-financed public spending remains subdued.

There is another important question to answer: why are current taxpayers willing to pay for government debt built up in the past, debt for which they are not to be held responsible and from which they didn't benefit?

The picture changes drastically, however, if and when debt financing becomes unaffordable for the rulers and the ruled.

"Of all the financing instruments available, debt financing is, economically speaking, the most attractive from the viewpoint of the government and the electorate."

Once issuing new debt becomes too costly — as, for instance, borrowing rates exceed a certain level, or the debt level breaches a certain threshold — the economic incentive for rulers and the ruled to service the public debt declines rapidly. It may actually evaporate altogether.

"Why keep paying for debt that has been run up by other people?" the taxpayers will ask themselves. "Why keep spending money on something from which we no longer benefit?"

And the rulers ask themselves, "Why engage in the politically unfavorable business of taxing people, as neither we nor our subjects can issue any more new debt?"

Of course, if government debt is held in great part by the electorate, the government and the ruled class have a strong incentive to keep servicing government debt, at least in principle.

However, if government debt has reached a level that dampens economic expansion and lowers tax revenues, and if other government outlays cannot be reigned in for political reasons, debt service will have to be paid for by new doses of government debt — a situation that leads, sooner or later, to a collapse of the quality of government credit.

If government debt is predominantly held by groups who do not have a direct say in setting government policies (such as, for instance, bond holders in other countries or a minority group of the domestic electorate), the incentive for rulers and the majority of the ruled to renege on public debt becomes fairly high.

Applying the same reasoning, the future investors must also expect that, when their government bonds become due, there will be other investors even further out in the future who will willingly lend money to the government.

So if today's investors lose confidence that there will be investors in the future to roll over maturing government debt — because they (rightly or wrongly) fear that neither the ruler nor the ruled have an incentive to keep servicing government debt, the trouble starts.

What happens is that investors start fleeing out of government bonds. Bond prices drop and, conversely, government funding costs rise.

It does not take much to see that investing in bonds issued by nations that have no capacity, let alone willingness, to repay their debt is a fairly hazardous business, to say the least.

III. The Incentive for Inflation

Lately, investor concern that governments won't service their debt has been rising, according to price signals sent by financial markets. For instance, credit-default swap (CDS) spreads have been going up drastically across all major government bond markets.

Simply speaking, a CDS spread may be interpreted as the price for insuring the bond holder against default. In that sense, the higher the CDS spread is, the higher is the probability from the viewpoint of investors that the borrower might default on its debt.

The latest upward drift of CDS spreads — which remain below the levels seen in late 2008/early 2009 — has been triggered by growing fears about the credit quality of Greece: the capacity and willingness of its rulers and ruled to continue to service the public-sector debt.

This event has obviously served as a reminder to many: investors have become increasingly aware of the overstretched financial situation of many governments, a fact that had been ignored for a long time. 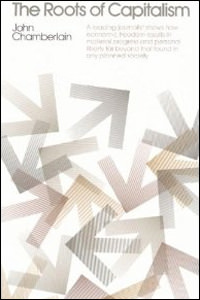 However, growing concern about government-bond defaults may be overblown. Investors should remind themselves that printing new money to pay for government debt is, at least from the point of view of the government, economically more attractive than defaulting on public debt.

It shouldn't come as a surprise if it eventually turns out that the real danger is, like so often in the past, inflation rather than default. As Ludwig von Mises noted,

If a government is not in a position to negotiate loans and does not dare levy additional taxation for fear that the financial and general economic effects will be revealed too clearly too soon, so that it will lose support for its program, it always considers it necessary to undertake inflationary measures.[1]