GET NEWS AND ARTICLES IN YOUR INBOXPrint
A
A
Home | Mises Library | Bernie, the Koch Brothers, and Open Borders 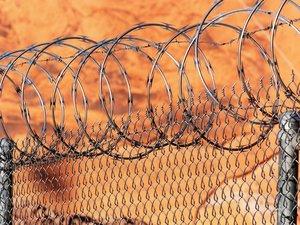 Presidential hopeful Bernie Sanders recently raised the ire of both progressives and libertarians with his remarks concerning immigration:

“Open borders? No, that’s a Koch brothers proposal,” Sanders said. “That’s a right-wing proposal, which says essentially there is no United States.”

“It would make everybody in America poorer — you’re doing away with the concept of a nation state, and I don’t think there’s any country in the world that believes in that,” Sanders said. “If you believe in a nation state or in a country called the United States or (the United Kingdom) or Denmark or any other country, you have an obligation in my view to do everything we can to help poor people.”

In just a few sentences, Sanders manages to demonstrate a hodgepodge of nativist, nationalist, protectionist, and socialist sentiments. But for anyone wondering why he wandered off the progressive narrative on immigration, it’s because protectionist labor unions pay him better than, say, La Raza.

Sanders's comments reflect the widely and deeply held belief that nations are defined by states. This may be an uncomfortable reality for libertarians, but it is reality nonetheless.

National borders by definition are political boundaries. They mark the edge of a particular territory over which a political entity — a state — claims exclusive jurisdiction.

Since political borders require states, “open borders” is an oxymoron. Nothing controlled by government is “open,” whether we’re talking about the New York City taxi market or federal ethanol subsidies or the Brownsville, Texas border bridge. States require borders because they are defined by borders.

So from the statist perspective, Sanders is right: you can’t have large centralized states and unregulated borders, because those borders are at the heart of the state’s identity and its raison d’etre: control. The political technocrats who run modern nation-states have zero incentive to cede control over the flow of humans entering (or in some cases leaving) their territories. If anything, the political impulse is ever and always to expand the state’s zone of control by pushing borders outward.

Immigration is a tricky issue for libertarians precisely because the very concepts of states, borders, and “public” land (the commons) are wholly inconsistent with a political and legal philosophy based on self-ownership and property rights. It’s hard to speak rationally about immigration under the present circumstances, because we’re so far from a free society that we risk piling one kind of illibertarian “solution” upon another.

While the understandable libertarian impulse is to comport our principles with the innately human desire for free migration, we too often forget that the Noble Immigrant archetype is rooted in a statist view of immigration: one controlled by the state, in which public space trumps private property and free association. The benefits and detriments of immigration are weighed only in terms of their impact on the state.

In a libertarian society, there is no commons or public space. There are property lines, not borders. When it comes to real property and physical movement across such real property, there are owners, guests, licensees, business invitees, and trespassers — not legal and illegal immigrants.

Admittedly, it might be quite difficult to establish rightful (lawful) property owners under some sort of Lockean homesteading analysis — even in a nation as young as the US. While left-libertarians generally are absolutist regarding unfettered immigration, they will entertain “halfway” arguments about the most libertarian path available in a statist world on other topics (e.g. publicly-issued marriage licenses). But if Hans-Hermann Hoppe offers an interim argument for dealing with the societal costs imposed by immigrants given our current system of “public goods” and entitlements, he is considered a wrongheaded statist. The same progressives and left-libertarians who champion tort liability for corporations when it comes to environmental damage fall strangely silent on the enormous externalities caused by human migration.

Let’s be clear: the tendencies of a society based on property rights may well make progressives and left-libertarians quite unhappy. Such a society necessarily entails freedom of association and its corollary, the right to exclude. Free association would allows regions to develop naturally based on (gasp) shared familial, economic, linguistic, social, and cultural interests. Contra the DNC, government is not “the only thing we all belong to.”

This is not to say that a libertarian concept of naturally arising “nations” entails a clannish retreat into suspicious enclaves. Surely a free society would have regions where market demand for the cosmopolitan benefits of life in a multicultural society prevails (imagine a stateless Singapore). But multicultural social democracies with vast welfare states, like Western Europe and the US, did not arise through the “market.” They are big-government constructs, and they are quickly becoming unsustainable. Multicultural welfare states are a recipe for disaster.

Unfortunately, it appears for now we are stuck with the likes of Mr. Sanders and his faulty concept of nation-states. But if we want to advocate for a freer society, we need to apply first principles rather than sentimentality. There is a deep-rooted and natural human preference for the familiar face over the stranger, and human migration in a free society is likely to reflect this reality.