From Beijing to Auburn 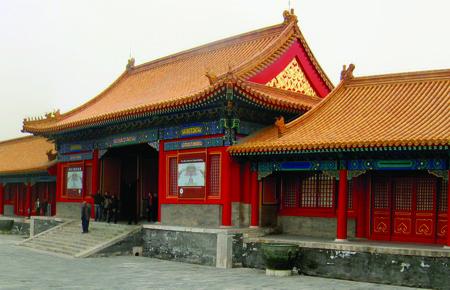 THE AUSTRIAN: How did you first become familiar with the Mises Institute?

Jingjing Wang: I do not remember the exact time when I first got to know the Mises Institute, but I heard Hayek’s name around 2007 when I was a junior student in business administration in China. It was 2010, when I took a course in Beijing on “Classical Readings in Institutional Economics” for my master’s degree. Ludwig von Mises’s book Liberalism was on the reading list. I did web searches on Mises, and found there was an institute named after him. I became more and more familiar with the Mises Institute after 2011 when I came to the US for Ph.D. study.

TA: In recent years, we’ve seen more and more activity from Austrian scholars and translators in China. What’s your assessment of the state of Austrian economics and free-market economics in general in China?

JW: It is very inspiring that there are more and more academic activities by Austrian scholars and similarly minded people. These activities include translating classical books, organizing seminars and reading groups, and even publishing original works related to Austrian economics. But research by Chinese scholars on Austrian economics is not a totally new phenomenon.

For instance, Böhm-Bawerk’s works were translated into Chinese as early as the 1930s. Hayek also had a few Chinese students when he taught at the London School of Economics, and his disciples brought Austrian economics back to mainland China through Taiwan or Hong Kong. In recent years, due to the influence of the internet and the enthusiasm of young students, translations are not limited to classical books. More and more, recent Mises University videos, Mises Daily articles, and interesting topics from other sources have also been translated, and these can reach a much broader audience than traditional channels. So, I am very positive about this movement. In the future, I hope all these works can lay a very solid foundation for other scholars to conduct original studies, and for applied Austrian economics to analyze what has happened in China.

TA: Why did you decide to pursue an academic career?

JW: That is a hard question to answer. Actually, I never thought to pursue an academic career initially since I did not know what it meant before I went to the university. Also, I did not expect I could get a chance to go to study in the university, although I had a dream to be an elementary or middle school teacher when I was young. Later, after I chose business administration as my major by accident, I thought that being a white collar worker and earning decent money is also a good choice. But, I felt lost after years of being a star student and learning things which I was not very interested in. In my senior year, following my advisor Xiaoyun Yang’s advice, I wandered around neighboring universities, auditing courses randomly, and searched topics which I have passion for. She was my first mentor who led me to doing serious research. Then, I followed my heart and ended up pursuing an academic career. I think it is the place where I can find a peaceful mind, a happy and meaningful life.

TA: What convinced you to apply to become a Mises Institute Fellow?

JW: The real question is about what motivated me to do what it took to become a Mises Fellow. It is a privilege for an Austrian scholar to be a Mises Fellow and conduct research at the Mises Institute, and I looked forward to being a Fellow for a long time. So, I really worked hard to be eligible to apply for a fellowship. I attended Austrian reading groups organized by Peter Klein, and I attended Mises University and the Rothbard Graduate Seminar. Also, during that time I heard good things about being a Mises Fellow from my advisor, and my colleagues Per Bylund and Jim Chappelow, who helped me make good preparations.

TA: What was the nature of your academic work while at the Mises Institute?

JW: Herbert J. Davenport was a main interest, especially the link between him and Frank Knight in entrepreneurship studies. I have had a strong passion for studying the history of economic thought for quite a long time, and I was very excited to work on this during the whole summer as a Mises Fellow. Davenport was a very prominent American economist of the Austrian school during the early twentieth century. Unfortunately, he is nearly forgotten by the mainstream economists, and even most Austrians. My work tries to highlight his contributions to entrepreneurship studies, and to unravel the mystery of Frank Knight’s idiosyncratic way of illustrating the nature of uncertainty and profit. Meanwhile, I also attempt to understand Davenport’s loan-fund doctrine of capital, and how this impacts Knight’s view of capital and the debate between Knight and Hayek on capital theory.

TA: What was your favorite part of being a Fellow?

JW: It is very difficult to pick my favorite part since there are so many aspects of the experience that I enjoyed a lot. First, it is very convenient to have access to professors’ help and advising every day. Most of the time, I could just knock on their door, and ask questions. Second, I was very fortunate to work in the research wing at the Mises Institute with many brilliant Fellows. Their passions and commitments to Austrian economics encourage me. Third, the Mises Institute is a great place to conduct research, and was an enjoyable and beautiful place to stay. Last but not least, both the professors and staff are very supportive, and they really care about Fellows.

TA: How have your experiences with the Mises Institute affected your plans for the future and future academic work?

JW: As I have said, I have long had a strong passion for conducting research in the history of economic thought, but early on, I did not have enough courage to do it because it is difficult work, especially for young scholars. I really appreciated the support I received from the Mises Institute that enabled me to learn how to do this type of research, and how to reach out to professors for help. Of course, it is hard to summarize and express the influence of the Mises Summer Fellowship on me, and I may still not know the full impact of it on my career.

From Beijing to Auburn