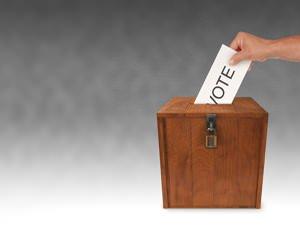 The rise of behavioral economics has long been seen by statists as a body blow to libertarianism. By arguing that people are irrational consumers who are easily manipulated, behavioral economics seems to argue for state intervention to save us from ourselves. In his best-seller Predictably Irrational, behavioral economist Dan Ariely claims that irrational consumers invalidate arguments in favor of the free market, namely those that argue that free consumer choice leads to the most efficient and productive economy. Since consumers are irrational, Ariely claims, we need the government to step in and regulate the economy.

For many, more government is a reasonable conclusion from Ariely’s premise of consumer irrationality. If consumers can’t rationally select the goods and services they need, then perhaps government can choose more wisely for them. But when you look deeper, behavioral economics provides a convincing indictment of the political system.

Behavioral economists claim that consumers cannot rationally pick products in the free market. But if that’s the case, what makes us qualified to pick the elected officials who promise to run our lives for us? Within Ariely’s analysis, two issues — the power of “free” and the concept of herding — point out how the premise of consumer irrationality undermines any faith in the concept of electoral politics.

Behavioral economists argue that consumers lose their minds when we’re confronted with the word “free.” In Predictably Irrational, Ariely argues that free, “is an emotional hot button — a source of irrational excitement.” To prove his claim, he cites an experiment where consumers were first asked to choose between a $0.01 Hershey’s kiss and a $0.30 Lindt truffle. Consumers chose the Lindt by big margins, because at $0.30 a Lindt truffle is a steal. But when the experimenters lowered the price of each product by $0.01, so the Lindt became $0.29 and the Hershey’s kiss became free, the number of consumers choosing the Hershey’s more than doubled.

According to Ariely, the lure of getting something for free short-circuited peoples’ rationality and caused them to choose a worse product, just because it was free.

Before we go on, we must note that Ariely’s conclusion that our love of “free” is irrational ignores the idea of subjective value. If consumers get a certain thrill from obtaining a “free” product, then consumers are simply making the rational calculation that the value of the thrill exceeds the value of the Lindt chocolate. Ariely defines the excitement created by the word “free” as irrational, but the excitement is simply part of the calculation made by consumers. For Ariely, the value of a product only counts if it can be calculated in dollar figures, but of course, we know this is not true.

Whether we call it “irrational” or not, though, there’s little doubt that the term “free” has a huge bearing on peoples’ mental calculations. But if people are as obsessed with “free” as Ariely claims, why then can we be qualified to vote? How can we as consumers be trusted to choose between politicians who offer us free healthcare, free welfare benefits, a free pristine environment, or free money? Faced with a reasonable, smart politician who promised us government services we would have to pay for, and a less qualified politician who lied and promised us free government, Ariely’s experiment suggests that consumers would irrationally choose the latter. But irrational political consumption undermines any argument for a big, democratically-elected government because it rejects the ideal that we’ll elect the best and brightest to lead us.

Behavioral economists also stress the concept of herding: people attach value to something that other people attach value to. Ariely brings up the example of restaurant lines. If you see five people waiting in a line outside a restaurant, you might think, “wow, that restaurant has five people waiting to get in; it must be great!” You might get in line. The next person to come by, seeing now six people outside the restaurant, will then think the same thing. Both of you get in line, but neither of you knows if the food inside is even any good. Consumers line up, not because they know they want the product they’re lining up for, but because the product is popular.

To the extent that this concept is real, it too is an argument against big representative government. It implies that voters will choose their candidate not according to who is best but according to who is most popular. People will vote for Obama because their friends did, but their friends may have voted for Obama because of the herding factor as well. According to behavioral economics, we could expect plenty of people to vote for Obama (or Romney, or any other candidate) without having any good reason to do so.

A functional republic relies on a rational, smart electorate to choose its leaders. That’s why so many people trust big government — they trust the purifying effects of the electoral process, and trust that the best and brightest will win voters’ trust and be elected to office. From there, the best and brightest can wisely manage the country and the lives of its citizens.

This ideal, as anyone familiar with Congress knows, is more than a little ridiculous. But the interesting thing is that behavioral economists like Ariely, who publicly advocate for more democratic government, reveal just how ridiculous it is. If consumers are as irrational as Ariely argues, they’re likely to pick politicians who don’t represent their best interests or don’t have coherent ideas. Why would we trust such men and women to run our lives?

Knowing that electoral politics brings to office not the best and brightest but merely the best at appealing to irrational voters, shouldn’t we want to restrict their power? Shouldn’t we trust them with less influence over our lives, not more?

The insights of behavior economics create what is essentially a Catch-22 for statists who attempt to use it. If Ariely’s definition of rationality is wrong and the Austrians are right, then it is impossible to plan an economy and obtain efficient results from government policy. On the other hand, if behavioral economics is right, then social democracy can be shown to be the product of an irrational political system.

I’m not endorsing behavioral economics. Like most fields of study, it has some gems and some flaws. But if Ariely’s observations on the power of “free” and the problems of herding have anything to teach us, it is that the modern democratic process is inherently flawed, and that libertarianism and even anarchism may be the more rational choices.