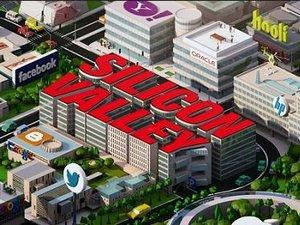 With Beavis and Butt-head and King of the Hill, Mike Judge earned his place in pop culture history. His new HBO comedy Silicon Valley seems an unlikely follow-up to his earlier successes. The man who made a film called Idiocracy has been specializing in portraying really dumb people, or, at least in the case of propane salesman Hank Hill, really ordinary people. “It’s not exactly rocket science” pretty much sums up the lives of all Judge’s earlier characters.

So why has Judge now turned to computer science as his subject? His new show is set in the glamorous and sophisticated world of high tech, featuring a brilliant programmer who comes up with something called a “lossless compression algorithm.” The answer is that Judge wants to show that computer programmers and software moguls can be pretty dumb, too. The joy of Silicon Valley is watching these would-be high-flyers crash and burn in one self-created disaster after another.

Judge deals with a particular kind of stupidity in Silicon Valley, the stupidity of smart people, that is, people who are smart in one area and therefore foolishly think that they are smart in all areas. The reason his characters keep getting in trouble is that they understand computer science, but they have no clue how to run a business. What makes Silicon Valley stand out among television shows is that it displays a sound grasp of what actually makes a business successful. Judge’s show even dares to suggest that a “mere” businessman might be smarter than a computer whiz kid when it comes to running a software startup.

One of the main characters in the first season is a venture capitalist named Peter Gregory. Gregory comes across as a bit of a nutcase, eerily detached from everything happening around him. But the show understands that in business, as in art, the line between madness and genius is difficult to draw, and Silicon Valley ends up offering a classic example of what it is to be a true entrepreneur.

In the third episode, Gregory develops an obsession with the product line of Burger King; he zeroes in on the ubiquitous use of sesame seeds in the burger buns; he analyzes the global dynamics of sesame seed production; and, finally, spotting one crucial moment in its historical cycle, he sets himself up to make a killing in sesame seed futures. The developments I have put together in one sentence are scattered throughout the episode, creating a narrative jigsaw puzzle for viewers. Only at the end do all the pieces fall into place and we realize that we have been watching an entrepreneurial genius in action — someone capable of finding a pattern where no one else would even bother to look.

By contrast, the computer genius at the center of Silicon Valley, Richard Hendricks, is great on the details of digital coding, but he is utterly clueless when it comes to the business big picture. The story begins when Hendricks comes up with what he thinks is a brilliant new app, which will allow composers to search instantaneously all the music online to determine if they are violating someone’s copyright. Unfortunately, everyone to whom he shows the app thinks it will have a limited market. But they also notice — as Hendricks did not — that the innovation that makes his app capable of this instantaneous searching — the aforementioned “lossless compression algorithm”— has uses far beyond anything Hendricks imagined. The ability to compress sound, video, and other files with no loss of quality will revolutionize data transmission and retrieval, and should make the algorithm’s inventor very wealthy.

In pop culture, innovation is usually presented as a purely technological matter, not at all as an economic problem. Businessmen are typically depicted as obstacles to innovation, not the people who in fact make it possible. Pop culture celebrates the oddball inventor, the nerd who comes up with a new gadget, a gizmo that does something that has never been done before. But a gizmo is not yet a product. A genuine product requires a business team to make it succeed. For example, it requires capital to develop and produce it, and it also needs to be marketed properly. That is the lesson Hendricks must learn in Silicon Valley — and the audience learns it too. Rather than Computer Science 10, the show is Economics 101.

Hendricks begins with the programmer’s pride in his mathematical know-how and contempt for the business end of Silicon Valley. In the first episode, he dismisses Apple’s Steve Jobs as “a poser,” points out that “he didn’t write code,” and belittles him because he only “knows how to package ideas.” Within a few episodes, Hendricks is desperately wishing that he had a bit of Steve Jobs in him. Under pressure to preserve his venture capital funding, he is incapable of articulating a vision for his company in a business plan, and he has to rely on a glib partner to regale Gregory with marketing clichés and buzzwords like “The Cloud.” In the second season, Hendricks has to link up with a rival company that has a weaker compression algorithm but does have a marketing staffalready in place to push a product that really works.

Silicon Valley does portray some businessmen as greedy, childishly competitive, pretentious, and vain. But on the whole it offers a refreshing alternative to the negative view of business generally found in American pop culture. Even while making fun of the follies in the world of start-ups and venture capitalism, it makes a point familiar in Austrian economics — that the true entrepreneur is a visionary and the chief motive force behind technological progress.

Paul A. Cantor is Clifton Waller Barrett Professor of English at the University of Virginia. He is the author of The Invisible Hand in Popular Culture: Liberty vs. Authority in American film and TV. He is the co-editor, with Stephen Cox, of Literature and the Economics of Liberty. See his interview in the Austrian Economics Newsletter.

Paul A. Cantor is Clifton Waller Barrett Professor of English at the University of Virginia....