Barbecue Defined in the Process of Its Emergence If you ask ten people, you will get ten different answers. And if those ten people are in the same room when you ask them, you might have a fight on your hands. In Texas, barbecue is beef. In Tennessee and most of the rest of the South, it is pork. In North Carolina, the pork is pulled. In other places the pork is chopped or sliced. In South Carolina, the sauce is mustard based. In North Carolina, it is vinegar based. In Kansas City, the sauce is smoky, sweet, and tangy.

People have trouble agreeing, even, on the etymology of the term "barbecue." The term apparently originated in the Caribbean, but people don't agree as to whether it is a noun or a verb. There is no unique, culturally authentic product that can be called "barbecue" to the exclusion of all possible substitutes (Malcolm Gladwell made this point when discussing spaghetti sauce in a TED Talk).

We are in a perpetual state of flux in which new information is being revealed, new ideas are being tried, and products and concepts are being defined as they emerge. What we know as "barbecue" evolved over time through this process of trial and error. God didn't speak unto Moses and say "yea, let the people cook an animal using these spices, and call its name 'barbecue.'" Nor did a king assemble a crack team of researchers to find ways to make beef and pork tastier. We have barbecue because of a long process of trial and error.

In the case of barbecue, the original definition might depend on initial conditions, like a region's suitability for raising cattle, pork, or chicken. It might also depend on economic conditions. Barbecue started, in many cases, with relatively low-quality cuts of meat — or meat that was almost rancid — which had to be heavily seasoned and cooked slowly to improve palatability. Poverty also meant that the opportunity cost of cooks' time might have been lower, which would help them perfect their recipes. Over time, regionally distinct barbecue styles developed.

Now imagine what would happen if the government were to decide that barbecue is a fundamental human right that must be provided for by the state. The state could issue barbecue vouchers, but then we're back at the problem of defining exactly what barbecue is. Or the government could open its own chain of barbecue restaurants and make it prohibitively expensive for others to compete. Still, what is served at Federal BBQ and available for order from BBQ.gov — to be delivered by the United States Postal Service in 10 to 14 business days — would not be determined by the market process, through which profits and losses would tell entrepreneurs whether or not they were creating value.

Instead, it would be determined by the political process, with beef interests, pork interests, and chicken interests vying for top menu billing, and with purveyors of different sauces and spices jockeying for the favor of political decision makers. Menu changes would be subject to the legislative or bureaucratic process, and innovation would come to a virtual standstill. 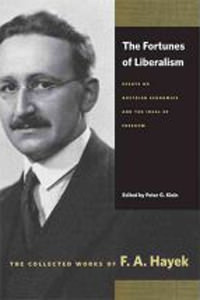 We probably wouldn't have barbecue nachos. Getting a side of baked beans would require a team of lawyers and lobbyists — "What does it mean for a bean to be 'baked?'" "What kind of beans?" — as well as a comfortable acquaintance with parliamentary procedure. The mind boggles.

Fundamentally, we only know what we're talking about and know how people define "barbecue" because of the emergent properties of undesigned social orders, however imperfect. Only after the market has produced something can the government decide to define it, regulate it, and restrict it. In a famous essay, 1986 Nobel laureate James Buchanan wrote that "order [is] defined in the process of its emergence," and F.A. Hayek once said that "our moral traditions developed concurrently with our reason, not as its product."

David Mitchell made comments that improved this article.