GET NEWS AND ARTICLES IN YOUR INBOXPrint
A
A
Home | Mises Library | "Bad Medicine" or Bad Economics? 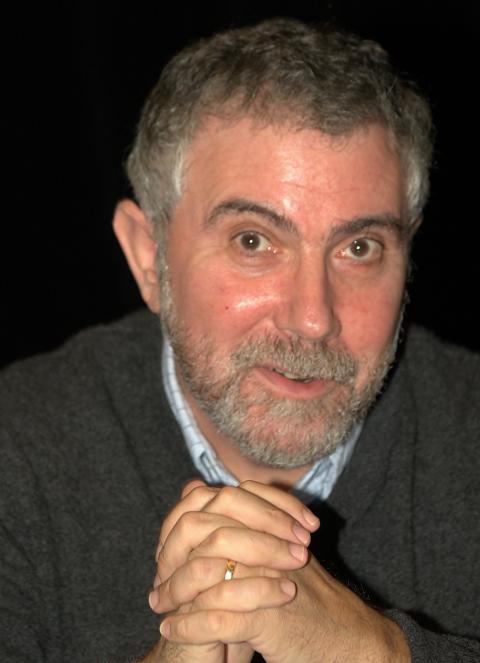 While most of the writings of Paul Krugman are, to me, analogous to one’s scraping his fingernails on a chalkboard, I must admit to reading his stuff. His latest gripe about a story on how many doctors are refusing to see more Medicare patients provides ample proof that one can be called an "economist," yet not know much about economics.1

Krugman was referring to a recent New York Times piece that told of numerous doctors opting out of caring for Medicare patients because of regulations and low payments for services. Doctors who treat elderly patients have their share of horror stories, in which Medicare, the U.S. government’s HMO for people above age 65, continuously has slashed what it is willing to pay for medical treatment, not to mention the oversight in which the commission of a "technical error" can ultimately mean financial ruin or, in some rare cases, imprisonment for those who run afoul of the Medicare bureaucracy.

Before going further, it should give all of us pause to think that many in the political classes, as well as some of the medical "elites" like the editors of the New England Journal of Medicine, along with many so-called economists, have been urging that the United States adopt a health care system akin to what exists in Canada.

For many years, we have been besieged by stories on the "costs" of health care, and Krugman continues the myth that improvements in medical knowledge and technology are behind the rise in costs. He writes:

"Why do health care costs keep on rising? It’s not because doctors and hospitals are greedy; it’s because of medical progress. More and more conditions that once lay beyond doctors’ reach can now be treated, adding years to the lives of patients and greatly increasing the quality of those years--but at ever greater expense. A triple coronary bypass does a lot more for you than a nice bedside manner, but it costs a lot more, too."

I must admit that such a statement astounds me, although it doesn't surprise me. For years, I have read the claims of some pundits that "medicine is not subject to the laws of economics," yet until Krugman I had not read it from someone who is supposedly a "respected" economist.

What Krugman expects us to believe is that health care is the only industry in which improvements in knowledge and the development and acquisition of capital drive up costs, not reduce them. If that were true, then health care certainly would be the great exception to the economic rule. But if that were true, then we would need to throw out our economics textbooks, since we would be declaring that the law of scarcity, not to mention the laws of supply and demand, is not universal to human action.

As one with even a rudimentary understanding of economics knows, capital has the effect of reducing unit costs. It would make no sense to acquire it, otherwise. While many pundits are fond of declaring that capital drives up medical costs, they simply are not being truthful.

For example, before the advent of the Magnetic Resonance Imaging device, known as the MRI, doctors had to perform invasive exploratory surgery just to find what was wrong. Today, the MRI does that quickly and more efficiently than the surgeon’s scalpel.

In 1966, my father had surgery to remove damaged cartilage from a knee. He first had to experience exploratory surgery, and then the cartilage was removed--all during an inpatient hospital stay. The entire episode--and recovery--was long and painful.

In today's world, all of this would have been done quickly. After a doctor had determined my father's knee was injured, my father would have gone for an MRI, and then he would have had outpatient surgery once doctors had pinpointed the damage. He would also have experienced a faster recovery, since the surgery done today would not have been as traumatic as that done thirty-six years ago. (He still carries the six-inch scar common with knee surgeries at that time.)

If one takes into consideration the time needed to complete the work, the lack of trauma that accompanies the surgery, and the lost time from work and family, it is easy to see that, when all costs are taken into consideration, the modern surgery techniques are less costly than what came before.

Unfortunately, the Krugmans of the world don’t take into account opportunity costs. Instead, they perform the following flawed analysis: In the old days, the only tools needed were a surgeon’s scalpel and a flashlight, and those tools are cheaper than the MRI machine. Therefore, the MRI machine "drives up" health care costs.

Although he does admit that many modern medical practices, such as bypass surgery, save lives, he fails to understand that death is not cheap in most circumstances. Moreover, the semi-primitive health care that is performed in Canada and elsewhere where socialist medicine reigns (this is because many modern, labor-saving devices like MRIs and Cat Scan machines are not made available in those places) imposes huge costs on patients, who must wait in line for numerous medical procedures.

While Krugman’s explanation of why health care costs are rising is horribly flawed, at least he asks the question. The answer is not difficult. On the demand side, for the last five decades, Americans have depended mostly upon private health insurance, as well as payments from state and federal agencies (read that, taxpayers) to make payments that once would have been handled by individuals.

These third-party payments, and especially Medicare, have driven up demand for medical care, which has also forced up prices. We should also keep in mind, however, that the development of medical technology and improved information has kept health care costs lower than what they would have been otherwise.

It is also true that in its earlier years, Medicare generally did not hold back on payments to doctors, who after initial reticence to accept the government program begun in 1965, found it to be a "cash cow." In recent times, however, Medicare has cut back severely on what it will pay doctors and hospitals, thus the Krugman commentary.

While it is true that Medicare payments are shrinking, Krugman is wrong when he claims that these cutbacks are the result of "small-government ideology" coming from President George W. Bush and his Republican Party.

First, it has been obvious in the wake of the September 11 attacks that Bush is anything but "small government." Second, such cutbacks began during a "big-government" Democratic administration, one that employed Krugman himself.

No, one reason the cutbacks are occurring, I believe, is somewhat more sinister. By holding the purse strings and by constantly threatening doctors and other medical professionals with investigations for "fraud, waste, and abuse," the state is able to corral the medical profession and force it to do its own bidding.

There is also a supply-side component to high health care costs. Governments at all levels have restricted entry into this field, ostensibly in the name of consumer protection, but actually to keep down competition, which would ultimately lower the incomes of many people in the medical fields. Furthermore, many governmental "cost containment" measures like Certificates of Need actually drive up costs, since they restrict the number of allowable medical facilities, along with some medical equipment.

Unfortunately, Krugman’s sophistry does not end with his wrongheaded assessment of medical costs. He also declares that the massive third-party payment system we have is necessary to prevent "inequality." He declares:

"Why don’t we just leave medical care up to individuals? Basically, even in the United States (italics mine) there are limits to how much inequality the public is prepared to tolerate. It’s one thing if the rich can afford bigger houses or fancier vacations than ordinary families; Americans accept such differences cheerfully. But a society in which rich people get their medical problems solved, while ordinary people die from them, is too harsh even for us" (italics mine).

While such a statement is a gold mine of ignorance, I will concentrate on the "inequality" portion. Krugman would rewrite history, having us believe that before the advent of programs like Medicare, only rich people received health care. Somehow, incensed by the prospect of most ordinary Americans dropping dead while the rich lived happily ever after, Congress in 1965 moved to "correct" such horrible inequities. Although Krugman’s gratuitous "even for us" comment about Americans might make for good moral theater, it simply does not come close to describing the American experience in health care.

People of all classes and incomes have long had access to the medical facilities of this nation, and to declare otherwise is to rewrite history. In fact, basic health insurance did not arise because Americans were lacking care, but rather it came about as a way for employers to offer nontaxable perks to employees during World War II.

In reality, because government actions have been a major factor in forcing up the price of health care in America, we now have the perverse situation in which someone who either does not have access to private insurance or qualifies for government payments must face the system out of pocket. While politicians and their allies are fond of decrying the fact that at any given time, millions of Americans lack health insurance, they forget that they themselves have played a major role in creating the conditions that have made going without health insurance a recipe for individual financial calamity.

I suppose I should not be shocked when one of this nation’s "foremost economists" cannot even understand basic economics. For many years, the economics profession has been striving to make this relatively easily understood discipline of the study of human action into a branch of physics. I must say that if Krugman’s declarations on medical care are the results of such "scholarship," the profession truly has managed to make itself irrelevant.