The Austrians versus the Mainstream Potter and His Wheel 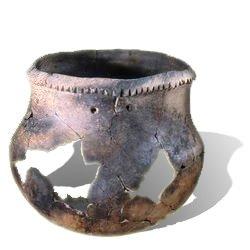 "There is nothing which could be called 'free' capital. Capital is always in the form of definite capital goods. These capital goods are better utilizable for some purposes, less utilizable for others, and absolutely useless for still other purposes."
– Ludwig von Mises, Human Action (Chapter XVIII, "Action in the Passing of Time")

Is capital an amorphous mass? A mass formed out of the ether, which can be reformed as desired and without effort? Or is capital a physical mass that can be reformed only through the use of scarce resources over a period of time?

The prevailing view assumes that capital is simply one of many factors used in equations, functions, and models. Capital is homogenous, so the greater the amount of capital, the better off society is. And it does not even matter how capital has taken shape in the past, since, once formed, it can be reformed wherever and whenever needed.

But, of course, that is not reality. Capital, in all places and at all times, is a historic relic. It is physical, in many instances hardened, while in others only slightly malleable. It is not some mass that can be modified free form to fit the needs of today and tomorrow.

Life in a Northern Town

I grew up near a northern town. As I rode my bike along the mighty rivers of southwestern Pennsylvania, the scene was always the same: in valleys nestled in green, rounded hills, the rusting remains of Pittsburgh's once-proud steel industry sulked while the slow and deliberate flow of water marked the passage of time. These colossal structures of industry past stood (and stand) as a testament to the massive amount of resources invested in that area.

As the steel industry moved elsewhere, businesses abandoned most of the factories. Certainly, new entrepreneurs utilized some components of the capital for other purposes. However, in the main, those past investments were left fallow, to be slowly reclaimed by nature — dust to dust.

If capital were homogenous and plastic, able to take on new shapes without the need for time and the expenditure of scarce resources, the Pittsburgh region would have remained in bloom. However, a quick trip through the area reveals the unbending nature of most capital — a sunk cost with little to no alternative use.

"There's Millions Buried in those Mines"

I spent my youth living near a coal mine that had been abandoned for as long as I can remember. Folks in the area liked to talk about all the equipment buried when the shafts were finally sealed — the implication being that the mine owner had left behind something of value.

However, the mine owner recognized that the equipment buried deep in the ground no longer had any value to the market. It was as worthless as all the slag piled nearby. The market had reduced its K value to zero. The owner sealed his mine and walked away, leaving behind nothing of value.

Technology is essential to the modern economy. In particular, the transactions of the modern economy move on electronic highways built with computers and software. In order to satisfy consumers and stay profitable, businesses must continually maintain their computer systems and applications. And since businesses are faced with the ever-changing wants of fickle consumers, they must invest in new and improved technology. To ignore change is to fall behind.

"In the main, those past investments were left fallow, to be slowly reclaimed by nature."

The development of new software applications is never an easy process. Put end users in a room with technologists and ask them to devise the best solution. The end product will be a utopian dream: a plan that does not respect the economic law of scarcity — scarcity of time and resources.

Send those very same folks back into the room with a prioritized list of business needs, along with a budget, calendar, and list of resources, and the end product will be a solution that is viable.

Nevertheless, in order to define the solution, the development team has to understand this essential given: the current state of the company's computer systems and applications. The existing infrastructure is the product of investments in past solutions. But it is an infrastructure that can be as unbendable as the rusted hulk of an abandoned steel plant.

Therefore, as the development team goes about defining the future system, it has no concern for the cost of previous investments. Consider this example:

While it may be true that some components of the current system are portable to the new system, thus reducing the total expenditure, capital is, for the most part, fixed and sunk. This is especially true when a system is mature and integrated into other systems and applications.

The Austrians versus the Mainstream Potter and His Wheel

The standard view is that capital is clay, ready for the potter to reshape it in a moment's time. In contrast, the Austrian view takes the current structure of capital as a given, something that the entrepreneur must take into consideration when formulating his plans. If an entrepreneur wants to change the current structure of capital, he will wield dynamite and dozer, not water and wheel. 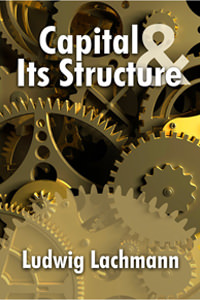 "If an entrepreneur wants to change the current structure of capital, he will wield dynamite and dozer, not water and wheel."

Misallocations would be nothing more than a minor inconvenience — a sidestep, so to speak. Once the potter discovered a misallocation, he would simply wet his hands, spin his wheel, and reshape the capital into its desired form. Oh, if life were only so.

Our reality is this: Misallocations are wasted resources, including precious and scarce time. Misallocated capital is of no use to anyone. It is a loss to the entrepreneur, the investor, and the consumer.

We all champion the development of new capital. But if new capital is the direct product of government spending or the indirect result of its fiscal policy, we are all worse off. Building capital structures, unsupported by consumer demand, does nothing to increase an aggregate societal K (assuming such a K exists). It only takes us farther from the path leading toward our desired end: the removal of unease felt by acting man.