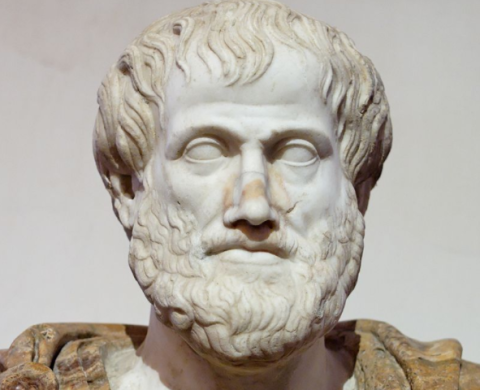 [This article is excerpted from Economic Thought Before Adam Smith.]

The views of the great philosopher Aristotle are particularly important because the entire structure of his thought had an enormous and even dominant influence on the economic and social thought of the high and late Middle Ages, which considered itself Aristotelian.

Although Aristotle, in the Greek tradition, scorned moneymaking and was scarcely a partisan of laissez-faire, he set forth a trenchant argument in favor of private property. Perhaps influenced by the private-property arguments of Democritus, Aristotle delivered a cogent attack on the communism of the ruling class called for by Plato. He denounced Plato's goal of the perfect unity of the state through communism by pointing out that such extreme unity runs against the diversity of mankind, and against the reciprocal advantage that everyone reaps through market exchange. Aristotle then delivered a point-by-point contrast of private as against communal property. First, private property is more highly productive and will therefore lead to progress. Goods owned in common by a large number of people will receive little attention, since people will mainly consult their own self-interest and will neglect all duty they can fob off on to others. In contrast, people will devote the greatest interest and care to their own property.

Second, one of Plato's arguments for communal property is that it is conducive to social peace, since no one will be envious of, or try to grab the property of, another. Aristotle retorted that communal property would lead to continuing and intense conflict, since each will complain that he has worked harder and obtained less than others who have done little and taken more from the common store. Furthermore, not all crimes or revolutions, declared Aristotle, are powered by economic motives. As Aristotle trenchantly put it, "men do not become tyrants in order that they may not suffer cold."

Third, private property is clearly implanted in man's nature: His love of self, of money, and of property, are tied together in a natural love of exclusive ownership. Fourth, Aristotle, a great observer of past and present, pointed out that private property had existed always and everywhere. To impose communal property on society would be to disregard the record of human experience, and to leap into the new and untried. Abolishing private property would probably create more problems than it would solve.

Finally, Aristotle wove together his economic and moral theories by providing the brilliant insight that only private property furnishes people with the opportunity to act morally, e.g. to practice the virtues of benevolence and philanthropy. The compulsion of communal property would destroy that opportunity.

While Aristotle was critical of money-making, he still opposed any limitation — such as Plato had advocated — on an individual's accumulation of private property. Instead, education should teach people voluntarily to curb their rampant desires and thus lead them to limit their own accumulations of wealth.

Despite his cogent defense of private property and opposition to coerced limits on wealth, the aristocrat Aristotle was fully as scornful of labor and trade as his predecessors. Unfortunately, Aristotle stored up trouble for later centuries by coining a fallacious, proto-Galbraithian distinction between "natural' needs, which should be satisfied, and "unnatural' wants, which are limitless and should be abandoned. There is no plausible argument to show why, as Aristotle believes, the desires filled by subsistence labor or barter are "natural', whereas those satisfied by far more productive money exchanges are artificial, "unnatural' and therefore reprehensible. Exchanges for monetary gain are simply denounced as immoral and "unnatural', specifically such activities as retail trade, commerce, transportation and the hiring of labor Aristotle had a particular animus toward retail trade, which of course directly serves the consumer, and which he would have liked to eliminate completely.

Aristotle is scarcely consistent in his economic lucubrations. For although monetary exchange is condemned as immoral and unnatural, he also praises such a network of exchanges as holding the city together through mutual and reciprocal give-and-take.

The confusion in Aristotle's thought between the analytic and the "moral' is also shown in his discussion of money. On the one hand, he sees that the growth of money greatly facilitated production and exchange. He sees also that money, the medium of exchange, represents general demand, and "holds all goods together." Also money eliminates the grave problem of "double coincidence of wants', where each trader will have to desire the other man's goods directly. Now each person can sell goods for money. Furthermore, money serves as a store of values to be used for purchases in the future.

Aristotle, however, created great trouble for the future by morally condemning the lending of money at interest as "unnatural." Since money cannot be used directly, and is employed only to facilitate exchanges, it is "barren' and cannot itself increase wealth. Therefore the charging of interest, which Aristotle incorrectly thought to imply a direct productivity of money, was strongly condemned as contrary to nature.

Aristotle would have done better to avoid such hasty moral condemnation and to try to figure out why interest is, in fact, universally paid. Might there not be something "natural', after all, about a rate of interest? And if he had discovered the economic reason for the charging — and the paying — of interest, perhaps Aristotle would have understood why such charges are moral and not unnatural.

Aristotle, like Plato, was hostile to economic growth and favored a static society, all of which fits with his opposition to money-making and the accumulation of wealth. The insight of old Hesiod into the economic problem as the allocation of scarce means for the satisfying of alternative wants was virtually ignored by both Plato and Aristotle, who instead counseled the virtue of scaling down one's desires to fit whatever means were available.

This article is excerpted from "It All Began, As Usual, with the Greeks" in Economic Thought Before Adam Smith. An MP3 audio file of this article, read by Jeff Riggenbach, is available for download.