GET NEWS AND ARTICLES IN YOUR INBOXPrint
A
A
Home | Mises Library | Are Harsh Sentencing Laws Driving Up Homicide Rates? 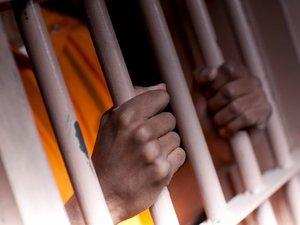 In recent years, there has been a growing awareness fact that the United States imprisons a far larger percentage of its population than many other nations. Much of this is due to the fact that what we call crime in the US is often not an imprisonable offense in the EU nations.

In the US, for example, a prison term is commonly employed for small-time drug offenders. According a study done by the Vera Institute of Justice, such sentences are rarely used for drug offenses in Germany and the Netherlands.

This is even true of more serious crimes. The report notes:

In most cases — even for relatively serious crimes such as burglary, aggravated assault, or other crimes considered felonies in the United States — prosecutors divert offenders away from prosecution or judges sanction offenders with fines, suspended sentences, or community service. In both the Netherlands and Germany, fines are used extensively as a primary sanction.

This reflects a basic difference in sentencing in the US. In the US, imprisonment is the primary sanction in many cases, leading to an unusually large prison population:

The use and sale of prohibited narcotics makes up a majority of the US’s prison population. If we include immigration offenses and the category of extortion, fraud, and bribery, the non-violent prison population is almost 68 percent of all inmates and, therefore, nearly 68 percent of all individuals with a criminal record. Further non-violent offenses are buried in the remaining categories such as “other,” which includes a broad range of imprisonable offenses such as not paying the tag tax on your automobile or getting lost in a snowstorm.

Does the Extensive Use of Prison Increase Violence?

Despite the formal sentence handed down by a judge, a prison sentence is a life sentence. The simple fact is that being branded a criminal cuts off individuals from nearly all forms of employment opportunities. Non-violent offenses average between three to five years combined with prison and supervised parole. Even if employers ignored a person’s prior prison history in hiring decisions, the length of time absent from the workforce is significant, while the lost income during incarceration is frequently insurmountable. Being a guest of the State often carries an added sentence of perpetual state-induced poverty.

Prison itself is a dehumanizing experience. Confining people in degrading conditions generates a different attitude and behavior. Because of the philosophy of isolation as a means of punishment, individuals exposed to that environment develop behavioral patterns and mentalities vastly different from those necessary to function in civil society. These individuals are then thrown back into the general public or transitioned through ineffectual halfway homes where the social network of former inmates continues to be dominated by other unemployed ex-cons.

Indeed, both inside and outside prison walls, convicted criminals who are unable to find employment often end up spending their prime years learning new criminal trades and behaviors that only perpetuate criminal behavior.

In turn, this has led to a phenomenon in which we find an enormous correlation between having a criminal past and being a victim of homicide.

Statistics in several major metropolitan areas, including Milwaukee, Baltimore, and Newark, have shown a clear connection between the two. According to USA Today:

In Milwaukee, local leaders created the homicide commission after a spike in violence led to a 39% increase in murders in 2005. The group compiled statistics on victims' criminal histories for the first time and found that 77% of homicide victims in the past two years had an average of nearly 12 arrests. … Philadelphia also has seen the number of victims with criminal pasts inch up — to 75% this year from 71% in 2005. ... In Newark ... roughly 85% of victims killed in the first six months of this year had criminal records, on par with the percentage in 2005 but up from 81% last year, police statistics show.

A Connection Between Incarceration and Homicide?

So, does the cycle of imprisonment and impoverishment actually lead to more serious crime? Given the economic impacts of a prison sentence, and thus the increased likelihood that one will continue to associate with others who have criminal records, it’s plausible that extensive use of prisons for so many offenses encourages the formation of violent social enclaves outside of prison.

This in turn leads us to the fact that a disproportionate number of homicide victims have criminal records.

In fact, if we look for a connection between incarceration rates and homicide rates in US states and European countries, we find a clear correlation (x and y axes: n per 100,000):

Making comparisons between countries and states on homicide is very problematic, and any number of factors can be at play. It’s difficult to show clear connections between homicides and other factors, such as gun ownership. Moreover, one might be tempted to claim that incarceration rates are higher because Americans are more violent due to some other outside factors. However, given the prevalence of criminal records among homicide victims, and the American propensity to create large numbers of people who have spent time in prison, it may be worth a second look at how our immense prison population may be a contributing factor to overall violent criminal activity. It may be just another example of one of the state’s efforts to “protect” us gone wrong.