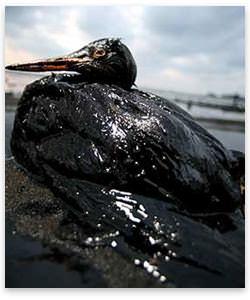 The Deepwater Horizon crisis has sparked the next battle in the never-ending war of ideas between the proponents of government intervention and the defenders of laissez-faire. The tactics in this battle are familiar, the trenches well-established, and the troops well-drilled. The whole scene invokes a sense of déjà vu. The last major battle is still continuing, though it started years ago with the realization that the grand financial edifice built upon years of cheap credit was falling to pieces.

In this continuing tradition, the proponents of government regulation and intervention have put forth many comparisons between the financial collapse and the Deepwater Horizon crisis.[1] The problems they see were identical in each case — large, profit-seeking corporations, in the absence of regulations, made risky decisions that then resulted in harm to others. Their solution is simply to regulate these companies.

The BP oil spill is part of the same problem as the financial crisis: The BP oil spill and the banking crisis are two examples of the era we are living in, the era of corporate anarchy.

In a nutshell, in this era of corporate anarchy, corporations do not have to abide by any rules — none at all. Legal, moral, ethical, even financial rules are irrelevant. They have all been rescinded in the pursuit of profit — literally nothing else matters.

In response, defenders of economic freedom have focused on debunking the persistent myth that the present economic system is an example of a completely unregulated market, devoid of all government intervention. In addition to the government's major contributions to the risk of this type of disaster, including an incredibly generous liability cap and heavy incentives to drill in deeper, riskier waters, there is virtually nothing in the economy outside the sphere of state intervention.[3] As columnist Sheldon Richmond succinctly puts it, the free market "has an airtight alibi. It didn't exist."

Supporters of free markets have gone further by shining light on the failure of regulations to achieve their intended results. "Regulatory capture" is quickly becoming a term familiar to most. Jeffrey Miron, author of Libertarianism from A to Z, has said that "the libertarian skepticism of this kind of regulation is not based on blind faith in markets; it is based on open-eyed recognition of how regulation works (not) in practice."

However, none of this gets to the heart of the issue. The case for laissez-faire never rested on the simplistic idea that all government is corrupt and ineffective while all businessmen are good and interested in the public welfare. Hardly. In this war of ideas, the proponents of regulation are not going to be swayed even if they are forced to admit that certain government policies contributed to the spill. Tactics currently employed by the defenders of free markets are rather ineffective. What is needed is to bring a general defense of the market into the debate.

The Rule of the Market

There is a subtle contradiction in Mr. Lira's previously quoted statement. He is at once claiming both that corporations had to abide by absolutely no rules and that all of these rules were rescinded in the pursuit of profit. What he's missing is crucial — that the need for businesses and entrepreneurs to seek profit is itself a rule. A business cannot operate in any manner it chooses to and still obtain a profit.

The proof of the usefulness of the services rendered is that a sufficient number of citizens is ready to pay the price asked for them. There cannot be any doubt about the fact that the customers consider the services rendered by the bakeries useful. They are ready to pay the price asked for bread. Under this price the production of bread tends to expand until saturation is reached, that is, until a further expansion would withdraw factors of production from branches of industry for whose products the demand of the consumers is more intense. In taking the profit-motive as a guide, free enterprise adjusts its activities to the desires of the public. The profit-motive pushes every entrepreneur to accomplish those services that the consumers deem the most urgent.4

Not only does the market aim to provide the things that people are most willing to pay for, but it also provides the basis for economic calculation and thus rational5 economic activity. The profit-loss mechanism also provides the motive force behind the productive process by incentivizing — for each individual — opportunity-seeking, effective risk management, and contribution to the productive process.

Profit and the Environment

When the environment is concerned, however, one no longer hears about the benefits of markets. Instead, discussions of "externalities" rule. Profit and loss are seen as deficient because any costs imposed on third parties won't be accounted for.

But this is a legal failure, not a market failure. Markets aren't supposed to be devoid of laws. Persons and their property should be protected from the destructive and aggressive actions of others. That is essential. The issue, then, is how we should go about dealing with "externalities," particularly with regard to the environment.

Litigation, through tort law and strict liability, can provide monetary evaluations of the costs of environmental damage. The costs then imposed on environmental offenders are monetary costs, determined by legal standards in a court of law and by the damages to third parties. Governments can also make businesses pay directly for perceived damages.

The idea that market externalities are "economically inefficient" reveals a fundamental error. The very concept of "economic efficiency" relies on using a single scale of values to maximize utility. Yet the market is not characterized by a single scale of values. Because of the subjective nature of value and the impossibility of interpersonal utility comparisons, the social-cost and social-benefit curves used to define the nonideal nature of externalities simply do not exist. We can never determine if the market as a whole is "economically efficient" or not.

What is important is that the function of the market process be unimpeded. Accurate information conveyed through prices about opportunities in the market for mutually beneficial exchanges is important to each individual's own efficiency in achieving their goals. Private property is the foundation of this system.

Indeed, most externality problems occur where different actors on the market have conflicting goals with respect to a particular resource, such as ocean water. This arises when property rights are ambiguous or simply nonexistent.6 In cases where property rights are clearly defined, then damage to any one's property by any other can be dealt with through tort law, and the externality problem is dealt with.

The Seen and Unseen

Aside from the fact that complex regulatory policies are never going to be directly influenced by voters, there is a massive failure in this proposition. No voting member of society is in a position to compare the full costs and benefits of an economic decision as complex as those involving resources and the environment.

Oil, as a factor of production, is not valued directly by consumers. It is valued based on the value given to the products it can be used to produce. Many people looking at the effects of the Deepwater Horizon crisis see the oil-soaked pelicans and the fishermen out of business, but these same people cannot possibly see all of the benefits of the use of oil accruing to everyone in the entire economy!

The information about the value placed on oil is communicated and known only through the market in the form of prices. It does not exist in the minds of voters, of individuals, but only in the market. If it is profitable to drill for oil even when all of the environmental damage is charged to the drillers, then the market signal is clear — people value the products more than they dislike the effects on the environment.

Government regulation is not an effective or beneficial response to the Deepwater Horizon crisis. A rational calculation of the costs and benefits of any action can only take place in the economy through the monetary calculation of the market. Costs imposed on third parties by any business through actions such as an oil spill should be fully paid by the offender, but this should be the only recourse taken.

There are no "externalities" when environmental damages have to be paid. Nowhere can there be found a rational basis for the cries for regulation. Political pressure by those angry with the response to the spill should be focused on ensuring that BP pays all of its damages, not on trying to secure more unjustified government regulations and interventions.

[2] "How Soon Until the Free Market Stops the Oil Spill?," "BP Oil Spill: Conservatives Start Fire Then Blame Obama For Not Putting It Out," "Emil Guillermo on the BP Spill: Don't Blame Big Government–Blame the Free Market."

Eric Perkerson is an undergraduate studying mathematics and economics at the University of Georgia.