GET NEWS AND ARTICLES IN YOUR INBOXPrint
A
A
Home | Mises Library | Anarcho-Syndicalism: A Recipe for Ruin

Anarcho-Syndicalism: A Recipe for Ruin 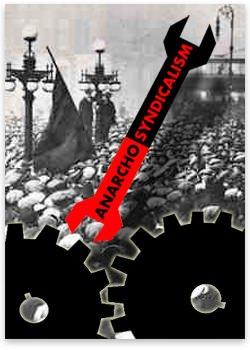 While browsing the blogosphere, Mises.org readers may have come across self-styled "left-libertarians." You may even consider yourself something of a left-libertarian. Some of these folk, like the philosopher Roderick Long, have some very sound ideas, and many deep insights.

There is a large subset of left-libertarians who can be described as "anarcho-syndicalists." The rhetoric of these anarcho-syndicalists might sound very attractive to many libertarians. They are ardent in their desire to smash the state, end authoritarianism of all stripes, and to free up "markets."

But their idea of a market is very different from that of the classic-liberal and mainline libertarian traditions. Many anarcho-syndicalists also subscribe to a doctrine known as "mutualism." According to prominent mutualist Kevin Carson, mutualists "believe in private property, so long as it is based on personal occupancy and use."[1]

For convenience and for lack of a better term, I will refer to this principle of property based on personal occupancy and use as the "anarcho-syndicalist legal order."[2] Under an anarcho-syndicalist legal order, workers would own all the capital goods they work with. There could therefore be no "absentee" ownership and no wage labor. A capitalist could not hand capital goods over to hired workers without thereby losing title.

Many left-libertarians think of absentee ownership as a form of authoritarianism, and absentee owners as "petty tyrants." For them, factory takeovers are simply workers defending what was really theirs all along. Furthermore, discounting the work of the entire anarcho-capitalist tradition, they think that the classic-liberal legal order (perpetual and even distant ownership of that which one has homesteaded or contracted for, and all its products) would not be viable without the support of a state — that the anarcho-syndicalist system is the only one compatible with statelessness.

Recall that Mises thought of the legal order advocated by syndicalists to be even less worthy of consideration than socialism. At least socialism was a "thinkable — although not realizable — system of social cooperation under the division of labor."[3] For Mises, the only two thinkable systems were socialism and capitalism, and only the latter was realizable, whether in hampered or unhampered form. But for Mises, as unrealizable as socialism is, and as destructive as attempts to achieve it are, it still compared favorably to syndicalism.

The ideal of centralist socialism is at least discussible; that of syndicalism is so absurd that one need waste few words on it.…

Preferring the producer interest over the consumer interest, which is characteristic of antiliberalism, means nothing other than striving artificially to maintain conditions of production that have been rendered inefficient by continuing progress. Such a system may seem discussible when the special interests of small groups are protected against the great mass of others, since the privileged party then gains more from his privilege as a producer than he loses on the other hand as a consumer; it becomes absurd when it is raised to a general principle, since then every individual loses infinitely more as a consumer than he may be able to gain as a producer. The victory of the producer interest over the consumer interest means turning away from rational economic organization and impeding all economic progress.

Syndicalism deliberately places the producer interest of the workers in the foreground.… Syndicalism would make all repatterning of production impossible; it leaves no room free for economic progress.[4]

The whole point of social production is the use of the final goods at the end of the line. Therefore, any arrangement worthy of the name "social system of production" has to ultimately be about adjusting production for the sake of consumption. The economic state of affairs favored by syndicalists does not fit that bill.

Furthermore, an anarcho-syndicalist legal order, stateless or not, would obliterate the intertemporal division of labor and reduce mankind to squalor.

Improved productivity depends on capital goods, which in turn depend on delayed consumption.[5] People who choose to delay consumption extensively can come to own a stock of capital goods beyond what they can physically use themselves. If such people cannot hire labor to work with those goods without thereby losing title, they will consume their capital and stop saving.

A left-libertarian I recently debated responded to this point by asking how a factory could be "consumed." I explained to him that except for particular cases, such as seed corn, capital consumption is not generally the literal eating of capital goods. Capital consumption is the failure to direct enough materials away from consumption in order to maintain the capital goods. A factory is consumed when it is allowed to fall into complete disrepair, converted to less-productive processes (like a simple process that could be handled by the owner alone), or broken down and sold in parts or for scrap.

"If people cannot hire labor to work with those goods without thereby losing title, they will consume their capital and stop saving."

Another left-libertarian then chimed in, saying that the workers in such a factory could then simply take over the factory, rather than let it go to waste.

I pointed out that, yes, workers could take control of the factory. But the classical-liberal legal order doesn't prevent cooperatives, so if they were so good at running their own factory enterprise, why could not those same workers form a cooperative and pool their wages or borrow money to create or buy their own factory in the first place? If it is because the "absentee-owned" factory was run more competently in light of ultimate consumer evaluation, and thus they would not have been able to compete, then this new turn of affairs will only be to the detriment of the general public.

Moreover, if factory takeovers became de rigueur and non-worker-owned plants became impossible because people with capital goods could not hand them over to anybody without losing title to them, there would be drastically less incentive for any individual to delay consumption enough to support future capital-intensive projects. The only such saving that would be done would be saving for worker-owned enterprises. But completely precluded would be any saving that might have been done by any would-be producer who has the providence to support and the judgment to direct a project on his own with the help of hired workers.

Collaborative production (the division of labor) is so bountiful because it allows people to specialize: to focus on what they are good at and then exchange with each other. Perhaps in a handful of occasions, the people who are best at supporting and directing an enterprise are the same people who are best at operating the equipment. But because of human and natural diversity, that will virtually never be the case. By confining human interaction such that the direction and support of an enterprise can only ever be done by those operating the equipment, anarcho-syndicalists would be precluding innumerable mutually advantageous exchanges between savers and workers.

A capitalist/worker arrangement is effectively an intertemporal exchange. Workers are advanced present money in exchange for enabling the capitalist to own and sell a future product. Abolishing wages would therefore be injurious to both would-be consenting parties in the exact same way that abolishing interest, another phenomenon of intertemporal exchange, would be.

"Syndicalists would be precluding innumerable mutually advantageous exchanges between savers and workers."

Even more fundamentally, it would be disastrous for the general public as users of the final products (consumers' goods) that production is for the sake of in the first place. On the market, through the instrumentality of profit and loss, consumers reward entrepreneurs who dedicate resources to production processes that are consistent with their desired consumption/savings ratio. Say there is an entrepreneur who would have been able to make a profit by allocating a huge inventory of capital goods to be operated by hired workers in a really long, but hugely productive production process. However, he cannot because his capital goods would have been lost to him as soon as he handed them over to anybody. That would be a huge loss to all the many consumers (the majority of whom are also workers, by the way) who would have enjoyed the later, but greater, comforts and security that the foregone highly productive process would have provided.

The general public as users of final goods (which, again, production is for the sake of in the first place) is best served when people in their roles as producers are

By rigidly yoking ownership with physical manipulation, anarcho-syndicalists would severely constrain the public's horizons by making it so those who provide for them can only do so in a severely limited variety of ways. Under an anarcho-syndicalist legal order, not only would shareholder/capitalists have to be workers and vice versa; they would have to be shareholder/capitalists in the same industry in which they are workers and vice versa.

Again, that would preclude innumerable mutually advantageous intertemporal exchanges, and plunge savings, capital accumulation, and future productivity to levels that are fathoms below what the public as consumers (users of final goods) would have preferred. The result would be starvation for most, and a return to a primitive, hand-to-mouth existence for the rest.

Furthermore, there are trillions upon trillions of different resources that people have at their disposal and different degrees to which they can bring those resources to bear in production according to their skill, judgment, and providence.

Because of this boundless variety, regarding consumption goods there are a great many mutually advantageous exchanges that could be made. And regarding production goods and services, there are exponentially more. Which exchanges are to be made? What set, of the infinite variety of possible sets, of exchanges involving these trillions upon trillions of variables would be the most advantageous for humanity? Individuals on a market are constantly striving toward reaching a more advantageous set of exchanges.

"Individuals on a market are constantly striving toward reaching a more advantageous set of exchanges."

One can only conclude with Mises that

The lamentable failure of all "leftist" economic doctrines … is precisely to be seen in their misconstruction of the meaning of saving, capital accumulation, and investment.[6]

Yet, all this is glossed over by the anarcho-syndicalists with paeans to worker solidarity and antiplutocracy sloganeering.

As for anarcho-capitalists and classic liberals who consider such left-libertarians to be ideological allies simply because they are antistate, consider whether an anarcho-syndicalist society would live peaceably next to a capitalist society if everyone in the former thought all the capitalists in the latter were exploitative, authoritarian tyrants lording it over their neighboring working comrades.

Believe it or not, there are a few things worse than the state. And an anarcho-syndicalist legal order would be one of them.