The American Revolution Was Not a Party 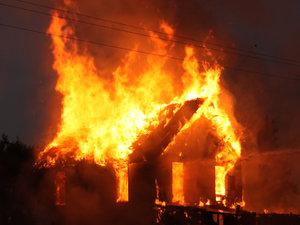 In response, a number of conservative commentators denied Cunha’s claim (and many similar claims) that the two events are comparable.

Fair enough. Tactically, the Ferguson riots have virtually nothing in common with the Boston Tea Party. In contrast to the Boston mob’s destruction of the tea, the Ferguson riots were ineffective and had no clear target. The Ferguson rioters didn’t even target the Ferguson government, which is clearly an operation of questionable legitimacy that appears to exist primarily to extract money from the “citizens,” while the police do little to actually protect private property.

So while the Ferguson riots will be remembered as pointless eruptions of misdirected violence, initiated against innocent parties, let’s not pretend that the perpetrators of many protest actions during the revolutionary period did not do the same.

From the perspective of those who defend the Tea Party and condemn the Ferguson rioters, it’s wise to stick to defending the Tea Party specifically, because the Sons of Liberty, a loosely knit group of protestors involved in the Tea Party, and often led by Samuel Adams, were notorious for mob violence, albeit violence that was more politically effective and better-focused than most.

The Tea Party is perhaps remembered so fondly because it was among the least violent of the major protest actions perpetrated by the Sons of Liberty. The destruction of the tea, which was financially damaging to many private citizens other than the corporatist East India Company, was nevertheless relatively harmless to the private sector of Boston overall.

But when we consider the many other protest actions by the Sons of Liberty in the lead up to the beginning of the revolution, many of them could easily be described as acts of non-defensive violence, intimidation, and wanton destruction. Many tax collectors resigned their offices in fear. Others, including citizens merely suspected of supporting the British, were tarred and feathered (i.e, tortured) by the protestors.

Known loyalists were routinely threatened with physical harm to themselves, their families, and their property. Many loyalists fled the colonies in fear for their lives, and after the closure of Boston Harbor, many fled to inner Boston seeking protection form the mobs. Loyalist homes were burned, theft among Sons of Liberty was routine (hundreds of pounds were stolen from Governor Hutchinson’s private home after it was ransacked by a mob of poor and working class Bostonians). Caught up in all of this, it should be remembered, were children and spouses of the guilty parties who in many cases were just low-level bureaucrats.

So, while there are many differences between the Ferguson protests and those in 1770s Massachusetts, it cannot be said that one should be condemned because it is violent, and the other group can be praised because it was non-violent.

And given the nature of the American Revolution, it should not surprise us at all that non-defensive violence was routinely employed by the patriots. The American Revolution was, after all, an armed rebellion. School children are taught a highly-sanitized version of the conflict in which revolutionaries target no one but armed soldiers and local disagreements are defined by spirited non-violent debate. But for many people involved in the conflict, this was far from the reality.

In the southern theater of the war, for example, the British Army armed loyalist militias who engaged in a scorched earth campaign against the rebels. They burned private homes to the ground, cut up and murdered pregnant women, displayed the severed heads of their victims, and employed other tactics of terrorism.

The rebels responded in kind, attacking many who had no role in the attacks on patriot homes, including women, and torturing suspected Tories with beloved torture methods such as “spigoting” in which the victims are spun around and around on upward-pointing nails until the victim is well impaled.

Moreover, such tactics were part of a larger radicalization of the population that occurred throughout the colonies in response to the British occupation and the abuses of the loyalist militias. (Murray Rothbard covers the true radicalism of the revolution in chapter 80 of Conceived in Liberty.)

Indeed, the fate of the loyalists during the Revolution tells us all we need to know about the allegedly “non-violent” actions of the patriots. Throughout the colonies, perhaps as many as 60,000 loyalists fled the colonies. Some were likely driven by a nationalistic attachment to the British, but many thousands (most of whom were private citizens) fled because they feared for their lives or they had been made destitute by the actions of the patriots.

The State Relies on Initiating Violence

Of course, we live with political violence every day. The state employs violence constantly against peaceful people. The state arrests, terrorizes, robs, and destroys on a regular basis. It targets innocents guilty of nothing but made up “crimes” such as violating the regulatory minutiae of the state, or owning the wrong plant, or selling the wrong milk. If we are going to condemn the non-defensive violence of the Ferguson rioters, we ought also to condemn all similarly unwarranted violence, including all violence employed by the state against those who have not initiated violence themselves. If one wishes to retain any moral consistency whatsoever, it is impossible to decry the violence of the Ferguson looters while simultaneously supporting the violence of anti-drug enforcement, the thievery of tax collectors, federal raids to enforce gun laws — or in the case of the revolutionaries — violence against the children of tax collectors, or farmers suspected of supporting the British.

Violence employed against anyone other than those who first initiate violence is always illegitimate, whether you’re a Ferguson looter or a white guy in a three-cornered hat.