GET NEWS AND ARTICLES IN YOUR INBOXPrint
A
A
Home | Mises Library | Action, Time, and the Market

Action, Time, and the Market 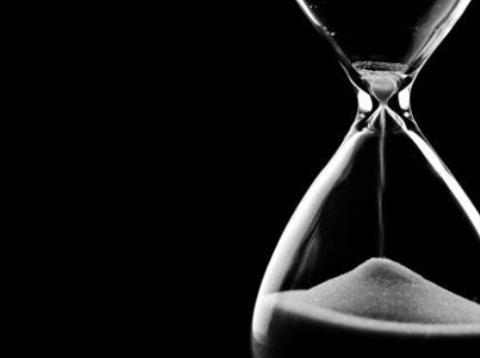 The wellspring of all economic theory is the reality of the human condition. As a finite being, man makes a distinction between ends and means. He cannot attain his ends by an act of will alone, but must apply means to attain his ends. Man lives in an orderly but finite world. Using means produces only limited effects in attaining ends. Endowed with reason, man is able to perceive the causal connection between the use of means and the attainment of ends. Any action toward the attainment of an end requires surrendering the attainment of another end with the same means. And any action using a set of means requires foregoing using another set of means to attain the same end. Action, therefore, requires choice.

As a purposeful being, man selects what he perceives to be higher-valued ends to pursue and what he perceives to be lower-valued sets of means to employ. Choice, therefore, requires a judgment of the mind. Since attaining the end is the purpose of an action, the value a person attaches to the attainment of the end is primary. A person attaches only derivative value to the means used in action since they are merely aids to the attainment of the end. Means have no value independent of the value a person attaches to the end they help attain. The human mind imputes value to the means according to the aid they render in attaining a valuable end. The technical properties of each of the means that combine to attain an end can be valued differently by different persons or by the same person at different times and, therefore, have no causal impact on choice and action independent of the judgment of the mind.

As a temporal being, man distinguishes between sooner and later. He can, therefore, judge the value of attaining an end sooner differently than attaining it later. Just as the principle of preference is implied by man's finitude, time preference is implied by his temporality. Temporal beings prefer the satisfaction of an end sooner to the same satisfaction later. Man places a premium on present satisfaction over future satisfaction. Since time preference refers only to the difference in value of the satisfaction of an end sooner instead of the same satisfaction later, the discount a person places on the future will be uniform across all actions with the same intertemporal structure. Moreover, the discount applies to all actions regardless of when a person chooses to undertake any one of them. In choosing to take an action later, a person is demonstrating that the value of the action in the future exceeds its value in the present, even when the discount of the future is applied. His temporal choice, then, conforms to the general principle of action, that he chooses a more-highly valued alternative and forgoes a less-highly valued one. He economizes his actions across all aspects of action subject to choice: ends, means, place, and time.

In short, the human mind integrates all the factors affecting human action into a systematic whole, reconciling the objective, technical features of the world, including time, through judgments of value in a way that renders the highest satisfaction of ends.

The market economy performs this integration for society. Prices are determined by the underlying preferences of buyers and sellers. Objective factors have no independent effect on prices, but influence prices only through preferences. Prices of consumer goods are directly determined by the preferences consumers have for them as expressed in their demands for the goods. Prices of producer goods used to produce each consumer good are indirectly determined by consumer preferences as they generate revenue for entrepreneurs to justify the demand entrepreneurs express for them. Entrepreneurs pay each factor of production the monetary value of its contribution to production.