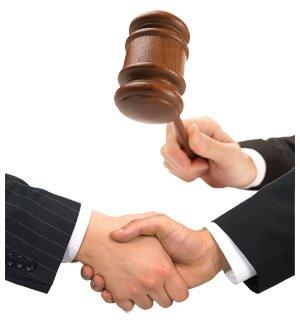 [This essay is excerpted from chapter 3 of Murray N. Rothbard's Power and Market: Government and Economy.]

It may seem strange to the reader that one of the most important governmental checks on efficient competition, and therefore grants of quasi monopolies, are the antitrust laws. Very few, whether economists or others, have questioned the principle of the antitrust laws, particularly now that they have been on the statute books for some years. As is true of many other measures, evaluation of the antitrust laws has not proceeded from an analysis of their nature or of their necessary consequences, but from an impressionistic reaction to their announced aims.

The chief criticism of these laws is that "they haven't gone far enough." Some of those most ardent in the proclamation of their belief in the "free market" have been most clamorous in calling for stringent antitrust laws and the "breakup of monopolies." Even the most "right-wing" economists have only gingerly criticized certain antitrust procedures, without daring to attack the principle of the laws per se.

The only viable definition of monopoly is a grant of privilege from the government.1 It therefore becomes quite clear that it is impossible for the government to decrease monopoly by passing punitive laws. The only way for the government to decrease monopoly, if that is the desideratum, is to remove its own monopoly grants. The antitrust laws, therefore, do not in the least "diminish monopoly." What they do accomplish is to impose a continual, capricious harassment of efficient business enterprise.

The law in the United States is couched in vague, indefinable terms, permitting the Administration and the courts to omit defining in advance what is a "monopolistic" crime and what is not. Whereas Anglo-Saxon law has rested on a structure of clear definitions of crime, known in advance and discoverable by a jury after due legal process, the antitrust laws thrive on deliberate vagueness and ex post facto rulings. No businessman knows when he has committed a crime and when he has not, and he will never know until the government, perhaps after another shift in its own criteria of crime, swoops down upon him and prosecutes.

The effects of these arbitrary rules and ex post facto findings of "crime" are manifold: business initiative is hampered; businessmen are fearful and subservient to the arbitrary rulings of government officials; and business is not permitted to be efficient in serving the consumer. Since business always tends to adopt those practices and that scale of activity which maximize profits and income and serve the consumers best, any harassment of business practice by government can only hamper business efficiency and reward inefficiency.2

It is vain, however, to call simply for clearer statutory definitions of monopolistic practice. For the vagueness of the law results from the impossibility of laying down a cogent definition of monopoly on the market. Hence the chaotic shift of the government from one unjustifiable criterion of monopoly to another: size of firm, "closeness" of substitutes, charging a price "too high" or "too low" or the same as a competitor, merging that "substantially lessens competition," etc.

All these criteria are meaningless. An example is the criterion of substantially lessening competition. This implicitly assumes that "competition" is some sort of quantity. But it is not; it is a process, whereby individuals and firms supply goods on the market without using force.3 To preserve "competition" does not mean to dictate arbitrarily that a certain number of firms of a certain size have to exist in an industry or area; it means to see to it that men are free to compete (or not) unrestrained by the use of force.

"It is vain, however, to call simply for clearer statutory definitions of monopolistic practice. For the vagueness of the law results from the impossibility of laying down a cogent definition of monopoly on the market."

The original Sherman Act stressed "collusion" in "restraint of trade." Here again, there is nothing anticompetitive per se about a cartel, for there is conceptually no difference between a cartel, a merger, and the formation of a corporation: all consist of the voluntary pooling of assets in one firm to serve the consumers efficiently. If "collusion" must be stopped, and cartels must be broken up by the government, i.e., if to maintain competition it is necessary that cooperation be destroyed, then the "antimonopolists" must advocate the complete prohibition of all corporations and partnerships. Only individually owned firms would then be tolerated. Aside from the fact that this compulsory competition and outlawed cooperation is hardly compatible with the "free market" that many antitrusters profess to advocate, the inefficiency and lower productivity stemming from the outlawing of pooled capital would send the economy a good part of the way from civilization to barbarism.

An individual becoming idle instead of working may be said to "restrain" trade, although he is simply not engaging in it rather than "restraining" it. If antitrusters wish to prevent idleness, which is the logical extension of the W.H. Hutt concept of consumers’ sovereignty, then they would have to pass a law compelling labor and outlawing leisure — a condition certainly close to slavery.4 But if we confine the definition of "restraint" to restraining the trade of others, then clearly there can be no restraint of trade at all on the free market — and only the government (or some other institution using violence) can restrain trade. And one conspicuous form of such restraint is antitrust legislation itself!

One of the few cogent discussions of the antitrust principle in recent years has been that of Isabel Paterson. As Mrs. Paterson states:

Standard Oil did not restrain trade; it went out to the ends of the earth to make a market. Can the corporations be said to have "restrained trade" when the trade they cater to had no existence until they produced and sold the goods? Were the motor car manufacturers restraining trade during the period in which they made and sold fifty million cars, where there had been no cars before… Surely… nothing more preposterous could have been imagined than to fix upon the American corporations, which have created and carried on, in ever-increasing magnitude, a volume and variety of trade so vast that it makes all previous production and exchange look like a rural roadside stand, and call this performance "restraint of trade," further stigmatizing it as a crime!5

Government cannot "restore competition" or "ensure" it. Government is monopoly; and all it can do is to impose restrictions which may issue in monopoly, when they go so far as to require permission for the individual to engage in production. This is the essence of the Society-of-Status. The reversion to status law in the antitrust legislation went unnoticed… the politicians… had secured a law under which it was impossible for the citizen to know beforehand what constituted a crime, and which therefore made all productive effort liable to prosecution if not to certain conviction.6

In the earlier days of the "trust problem," Paul de Rousiers commented:

Directly the formation of Trusts is not induced by the natural action of economic forces; as soon as they depend on artificial protection (such as tariffs), the most effective method of attack is to simply reduce the number and force of these protective accidents to the greatest possible extent. We can attack artificial conditions, but are impotent when opposing natural conditions… America has hitherto pursued the exactly reverse methods, blaming economic forces tending to concentrate industry, and joining issue by means of antitrust legislation, a series of entirely artificial measures. Thus there is to be no understanding between competing companies, etc. The results have been pitiful — a violent restriction of fruitful initiative… [The legislation] does not touch the rest of the evil, enlarges, in place of restraining, artificial conditions, and finally regulates and complicates matters whose supreme needs are simplification and removal of restrictions.7

This essay is excerpted from chapter 3 of Murray N. Rothbard's Power and Market: Government and Economy.