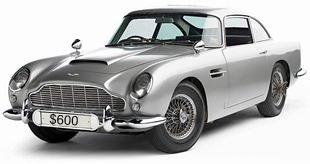 Consumer Price Index numbers have recently been reported and the federal government assures us that they have inflation under control. Nothing to worry about, go about your business.

In a recent article I explained how government officials can report a low inflation rate by including only particular prices in their price level estimates. Price inflation is due to monetary expansion and the reported level of inflation can be manipulated by omitting the most inflationary prices from the calculations.

The total effect of monetary policy on the price level is also concealed by estimating price inflation in a manner that excludes part of these effects. Government agencies report price inflation. If they reported monetary inflation, the inflation estimates would be much higher. The Federal Reserve expands the money supply, driving prices up. However, by reporting price inflation as they do, the ruling elite lay claim to much lower inflation rates.

First of all, there are reasons to dismiss any measure of a price level. Ludwig von Mises observedthat the "pretentious solemnity which statisticians and statistical bureaus display in computing indexes of purchasing power and cost of living is out of place. These index numbers are at best rather crude and inaccurate illustrations of changes which have occurred." And in "practical life nobody lets himself be fooled by index numbers." Price indices do not provide us with accurate indications of the level of inflation. It is possible, however, to roughly estimate the price levels of various situations. For instance, it is possible to get some idea of the total price level effect of monetary policy.

The value of money and therefore the price level is determined by the supply and demand for money. As the economy grows, the demand for money tends to increase, driving the value of money up and the price level down. Historically, when economic growth is accompanied by increases in the money supply, the inflationary effects on prices due to the monetary expansion have generally outweighed the economic growth's negative effects on prices.

Mark Brandly is an Associate Professor of Economics at Ferris State University. Send him mail. See his archive. Comment on the blog.