Politicians routinely assert that they want more economic growth. That’s a laudable sentiment, although I doubt their sincerity for the simple reason that these are the same people who frequently impose policies that discourage productive economic activity.

Growth occurs when there’s an increase in the quantity and/or quality of labor and capital. These so-called factors of production determine how efficiently we produce and how much we produce.

Which is why there should be low taxes on labor and capital.

And it’s also a good idea for these factors of production to be taxed at the same rate so government policy isn’t tilting the playing field. 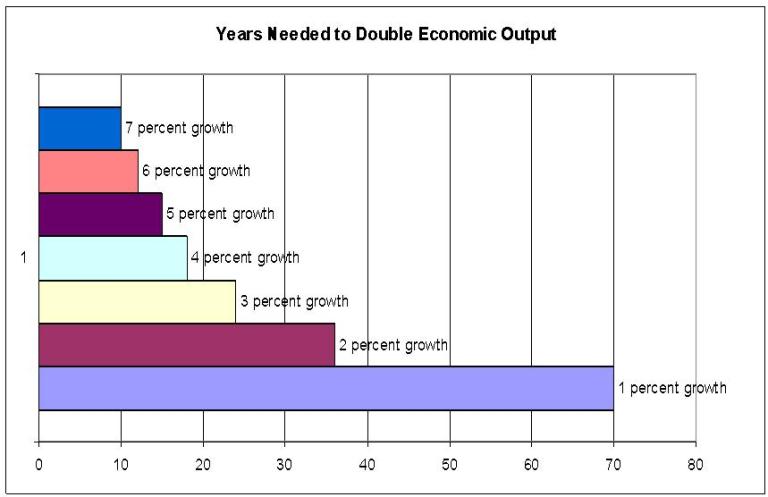 Unfortunately, we don’t have low taxes and we also don’t have neutral taxes.

Indeed, Timothy Egan argues in The New York Times that these two factors of production are not taxed equally. I agree.

Except Egan completely bungles the analysis and preposterously claims that labor is taxed at a higher rate.

Dear Government: Enclosed please find my 2017 tax form, and a check for the amount I owe, just ahead of the deadline. …you’re still punishing me for working — taxing wages and business income at a much higher rate than the money I make doing nothing, like holding stocks. Plus, you’re still taxing Warren Buffett at a lower rate than his secretary, despite his plea for fairness.

Wow, he manages to cram a lot of inaccuracy into a couple of sentences.

In reality, the current tax code is very biased against saving and investment.

Here’s some of what I wrote when I debunked Warren Buffett’s deeply flawed claim about relative tax burdens back in 2011.

…dividends and capital gains are both forms of double taxation. …if he wants honest effective tax rate numbers, he needs to show the…corporate tax rate. …Moreover, …Buffett completely ignores the impact of the death tax

So here’s an up-to-date version.

The problem with Egan’s analysis is that he compares taxes on labor income (as high as 37 percent) with the 23.8 percent rate on dividends and/or capital gains. Yet that’s either incredibly sloppy or grievously dishonest because that income also gets hit by the corporate income tax. 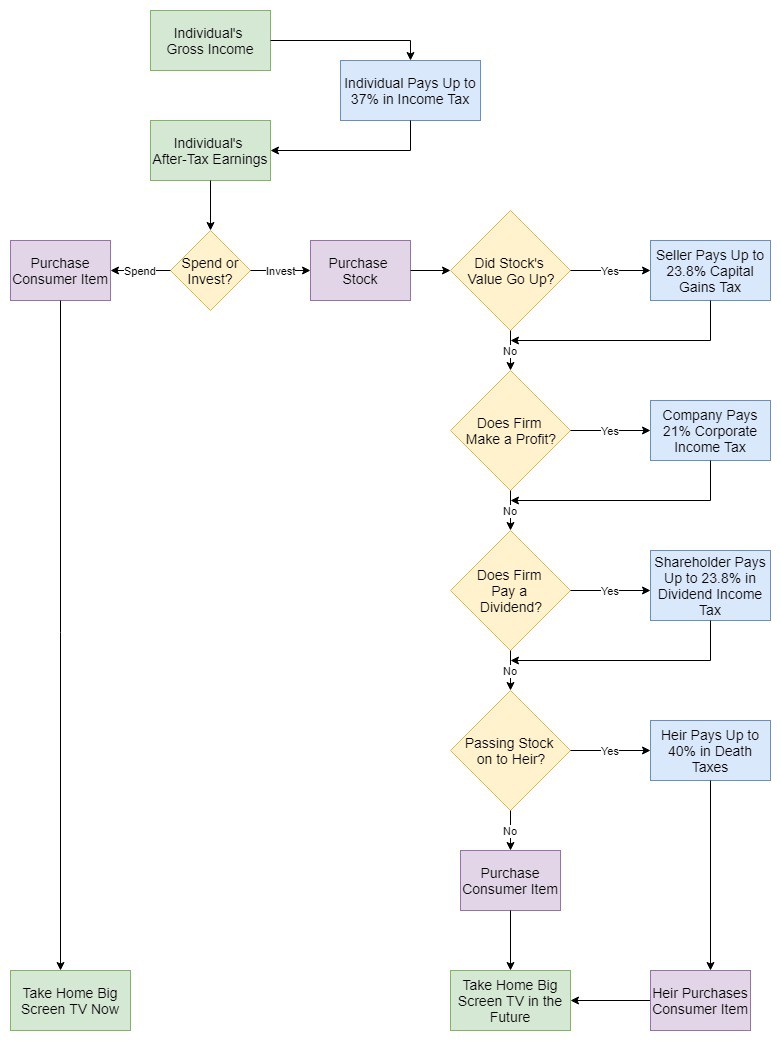 And it’s worth pointing out that stocks and other financial assets are purchased with after-tax dollars (captured by the top portion of the chart).

P.S. Adding payroll taxes to the flowchart doesn’t change anything. There would be an additional levy at the top of the chart, leading to a lower level of after-tax earning. So the net result is simply that people have less money to either spend or invest.

P.P.S. Warren Buffett periodically – and inaccurately – asserts that his tax rate in higher than his secretary’s tax rate. Yet his theoretical support for higher tax burdens crashes into the reality of his professional tax-minimization behavior.

Who Will Build the Roads? Anyone Who Stands to Benefit from Them.

The appropriate question is not “Who will build the roads?” but rather “Who will pay for them without taxation?” History suggests the answer is "lots of people" and the "public goods" theory is wrong.