GET NEWS AND ARTICLES IN YOUR INBOXPrint
A
A
Home | Wire | How Legal, Branded Heroin Would Make Drugs Safer

In a free market, consumer goods are remarkably heterogeneous. We don’t just buy ketchup, we have to choose between regular, organic, reduced sugar, low sodium, and umpteen other variations. Just as importantly, we have to choose between Heinz, Hunts, Great Value, and other brands. It was John Henry Heinz, in fact, who became the first person to associate his name with the unadulterated processed foods he produced, allowing his product to be distinguished from competitors.

The Economic Function of Branding

Economically, though, name brands serve an important function. In Basic Economics, Thomas Sowell explains that brand names “are a way of economizing on scarce knowledge, and forcing producers to compete in quality as well as price."1 There may be no physical difference between Heinz and Great Value, and a consumer who believes this is the case will purchase the cheaper product. But if a consumer is not familiar with the latter brand, they have to weigh the cost benefit of a cheaper brand against the risk of getting an inferior product; with the brand name product, the quality is more certain.

This has important implications on the black market. In the Soviet Union, for example, brands were done away with to reduce the heterogeneity of products. Soviet citizens circumvented this by learning to read barcodes to identify which products were produced in the superior factories.

Branding has particularly important implications in the area of narcotics. When goods are made illegal, smugglers will continue to trade them, but the ability to establish brand consistency is suppressed. It would require a producer to survive the illicit trade long enough to establish this reputation, a means of conveying the information in the absence of open and legitimate advertisement, and some enforcement mechanism for distributors to prevent the alteration of the product.

Attempts to economize on knowledge have been made in the black market, though. During the Vietnam War, Laotian General Ouana Rattikone ran a successful international opium ring. He produced “No. 3 heroin,” which has three processing phases and normally has a purity of between 20-40 percent. His heroin, though, was consistently near 50 percent pure. Because this was a consistent, higher quality good, Rattikone established the trademark “999” for his heroin (taken from the 99.9 gold standard). Although his actual heroin was not 99.9 percent pure, the brand name was still associated with a specific quality of heroin that buyers were able to trust.

Source: US Department of Justice.

The competitive response to this was to start producing higher-purity heroin. “No. 4 heroin” requires an additional processing phase that is dangerous and needs more skilled drug chemists to produce, but it yields heroin with purity levels of above 80 percent. As long as Rattikone maintained his established business practice, his 999 brand would eventually be seen as the identifier of low-quality heroin in a market of the higher-purity No. 4.

Rattikone did adapt successfully, though. He established his own refineries for No. 4 heroin, and by the early 1970s, he owned the largest No. 4 refinery in Indo-China. With this new product, he established the brand “Double UOGlobe” or, “Double Lion Earth Brand” for the Chinese. Under the brand labels were warnings for consumers to “Beware of Counterfeits” and advertising 100 percent purity.2 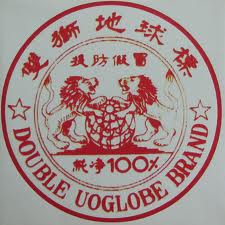 At this point, critics of a free market may see this as an argument against the competition and branding of dangerous products. This would, however, be a hasty critique.

Partially as a result of the Vietnam War, heroin became a popular drug in the United States in the 1970s. Smugglers began mass export of this high-grade heroin to the United States so that by the mid-1970s, the Golden Triangle of Indo-China was responsible for 70 percent of the world’s opium supply.

In The Economics of Prohibition, Mark Thornton explains in detail why prohibited substances see higher degrees of potency than licit substances. According to what was later termed “The Iron Law of Prohibition,” making an intoxicant illegal will obviously not do away with the product, but it will incentivize the supply of only the most powerful forms of the substance. During alcohol prohibition, for example, strong liquors became relatively more common compared to beer, and the trend reversed after the repeal of the 18th amendment.

Two important reasons for this phenomenon is that the relative cost of the higher grade of a drug is lower when there is a uniform increase in cost applied to all grades. This may be something like an excise tax or transportation costs. As a result, consumers in this area will demand more of the higher-grade item. Second, when smuggling, anything with a higher value-to-weight ratio will be more profitable for smugglers, which clearly applies to higher-potency drugs.

The real danger in this is that these phenomena apply to the transaction between the smuggler and the domestic distributor of the drugs, rather than the consumer. In a country in which heroin is illegal, such as the United States, the domestic distributor is the person who will purchase the high-potency drugs. Before they sell them to consumers, though, they “cut” the drugs with other substances to dilute them and increase profit margins.

Where prohibition enforcement is higher, it is increasingly difficult to establish brand consistency. This may happen in the case of a trusted dealer (think of the scene from Pulp Fiction in which John Travolta’s character is negotiating a heroin trade). But when a consumer has to obtain their product from a new dealer, the product knowledge from the first dealer is necessarily obsolete. This is something unseen when a consumer shifts from purchasing Heinz ketchup at Kroger to purchasing it at Wal-Mart, where brands can be established and maintained.

The logical result of this practice of distributors importing high-potency heroin and then diluting it before resale is that consumers have no way of knowing what consistency of heroin they are purchasing; they are unable to economize on brand knowledge. This has a significantly negative impact on the rate of overdose.

It is a common misconception that heroin addicts will inject higher and higher amounts of heroin, chasing their high, until they eventually overdose. The reality that has been observed since countries like Portugal and Switzerland have decriminalized narcotics is that heroin addicts will increase consumption up to a certain point at which their usage stabilizes and then eventually they typically (contrary to popular perception) reduce their own consumption voluntarily.

The real cause of overdose is the fact that heroin addicts in an illegal market have to use guesswork regarding their dosage. When they purchase heroin with an unknown consistency, they occasionally come into possession of higher-purity heroin than they’re accustomed to. As a result, they inject more of the drug than they desire and unwittingly overdose. It is government suppression of the market for narcotics that so significantly increases the dangers of the very substances they claim to be keeping people safe from.

The Iron Law of Prohibition illustrates why narcotics would likely decrease in potency following legalization. Even assuming this were not the case, though, a legal environment would allow for the establishment of brand names with consistent qualities of the substance. While this would not eliminate the dangers of heroin use, it would serve to significantly reduce the possibility of overdose because users would have better knowledge of what they are injecting. Even in the case of something as dangerous as drugs, a free market is the policy that will produce the most positive outcome.

Chris Calton is a Mises University alumnus and an economic historian. See his YouTube channel here.