GET NEWS AND ARTICLES IN YOUR INBOXPrint
A
A
Home | Wire | Freedom Isn't Free: It Costs the Taxpayers $700 Billion Per Year

Freedom Isn't Free: It Costs the Taxpayers $700 Billion Per Year

In his article on conscription today, Ron Paul writes:

Some proponents of a military draft justify it as “payback” for the freedom the government provides its citizens. Those who make this argument are embracing the collectivist premise that since our rights come from government, the government can take away those rights whether it suits their purposes. Thus supporters of the draft are turning their backs on the Declaration of Independence.

In his use of the Declaration of Independence, Paul is likely referring specifically to Jefferson's core argument found in the second paragraph:

[...Persons] are endowed by their Creator with certain unalienable Rights, that among these are Life, Liberty and the pursuit of Happiness.That to secure these rights, Governments are instituted among Men, deriving their just powers from the consent of the governed, That whenever any Form of Government becomes destructive of these ends, it is the Right of the People to alter or to abolish it. [Emphasis added.]

These lines are so often blithely and casually quoted that they've become cliché. Nevertheless, a mindful reading of the text shows there is a specific logical argument here:

1. Humans have rights, including life and liberty. (The list provided by Jefferson is explicitly stated to not be an exhaustive list of rights.)

2. The rights do not come from governments, but from some other source that precedes governments and are separate from them.

3. Governments exist for a specific purpose: to secure rights.

Although the text of the Declaration likely strikes many Americans as rather prosaic, it represents a historically radical strain of thought within the liberal tradition that significantly limits the prerogatives of states.

Predating Jefferson by centuries, the liberal ideas behind the Declaration go back even to medieval Thomist thought which regarded civil government as an institution designed to accomplish very specific ends. Thus, the state was limited in its authority to those specific activities necessary to achieve the ends.

This bourgeois liberal emphasis on property hints at other implications for the liberal view of the state: the state only has value insofar as it protects the property that is the state's raison d'etre. Without property, states and their agents — namely, military personnel — have no legitimate value or function.

In this way then, the liberals understood that the taxpayers, property owners, and citizens of a society are not in debt to the military, which is simply the enforcement arm of the state. Things are in fact the other way around. It is the private property owners who provide the military with a reason to exist, and who also provide it with its funding, its materiel, and — preferably — it's marching orders. Rightly understood, the military is nothing more than the "hired help" for the taxpayers/property owners.

This is why it is so odd and disordered, as Paul noted in his comments on conscription, to claim that the taxpayers and citizens owe some kind of "payback" to the state or its military arm. In reality, it is the state and its military that should be thanking the private sector for deigning to provide the military and the state with legitimacy and funding.

And yet, persistent social conventions today encourage the taxpayers to thank the government employees for their "service" in spite of the fact that the taxpayers pay handsomely, and in recent years, the taxpayers have been shelling out over $700 billion dollars in per year in military spending. (That's $5,600 per household per year, not including any state or local law enforcement.) The rest of the federal government, of course, costs even more than that. 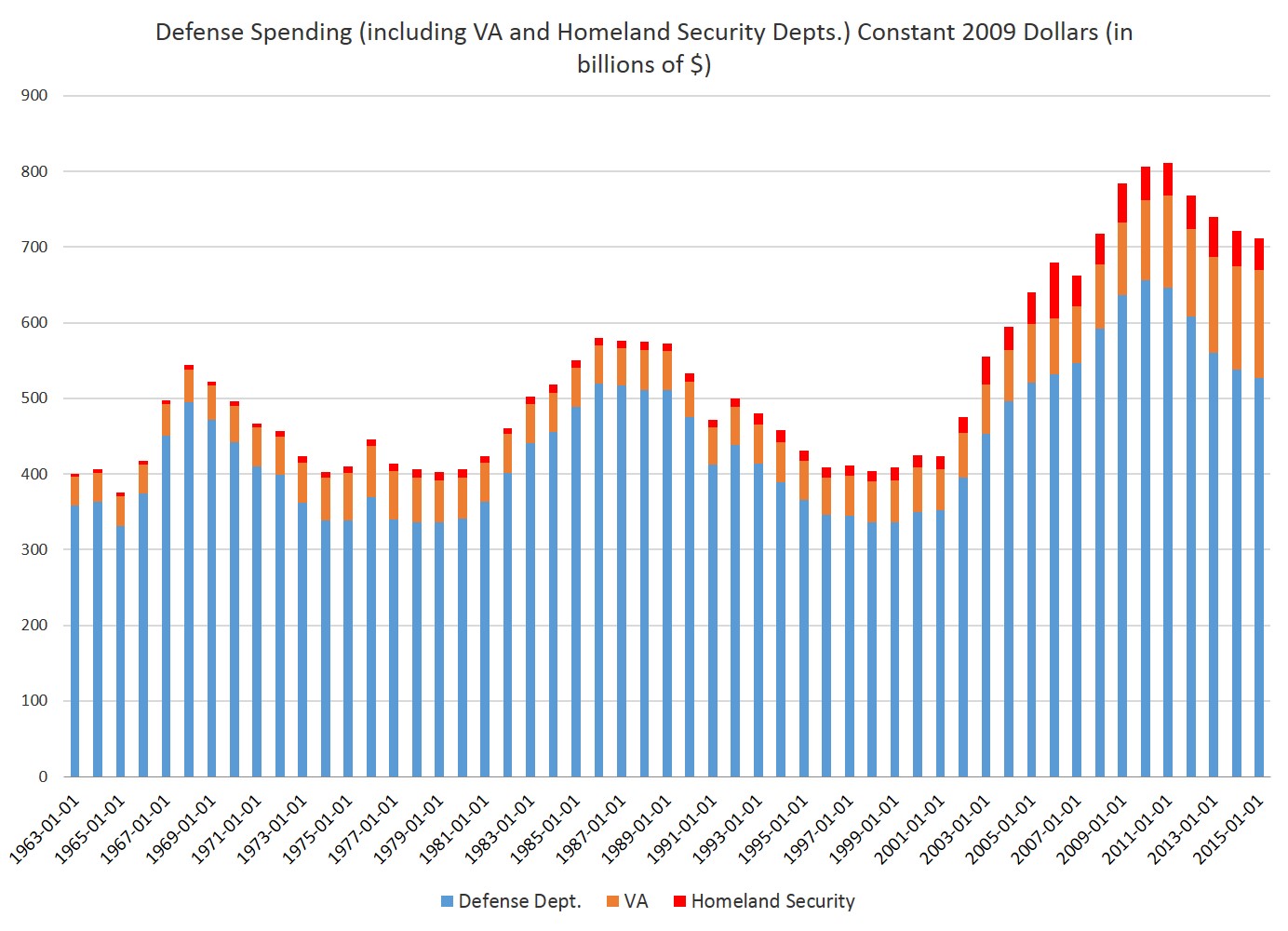 Moreover, without the high worker productivity and long hours worked by average Americans, the US government would not have the state-of-the-art equipment and relatively safe conditions it now enjoys.

The Military Should Be Thanking the Taxpayers

But don't expect to hear much of this any time soon. Instead, we'll be told how the taxpayers owe it to the government to give even more in terms of labor and freedom via conscription, should the government decide conscription is necessary.

If you're a young person in America today, you can already look forward to decades of paying thousands every year to support an enormous military, and you'll have virtually no say whatsoever over how those dollars are spent, where they are spent, or even whether or not they'll be used to further tax and regulate your daily life.

But, that's not enough. "Freedom isn't free," you'll be told, but this isn't in reference to the enormous tax bill you're paying every year. No, this slogan is actually a veiled threat against you and a claim that however much you're paying now in terms of dollars or personal freedom, you should be ready and willing to give even more.

(NB: In this article, I've assumed that what much of the US military does (i.e., the 2003 invasion of Iraq, which cost the taxpayers $1 trillion) actually has something to do with protecting the property of American citizens. That's an extremely generous assumption, and one rather divorced from reality. But, we'll have to address that at another time.)

The difference between the trillion-dollar coin and the usual debt mechanism is simply the manner in which the taxpayers are exploited to pay for more government spending.