Martin Stefunko holds a PhD in Economic Theory and History of Economic Thought from the University of Economics in Bratislava, where he also earned his M.A. in Finance, Banking, and Investment. He also studied in Austria at Johann Kepler University (Banking and Finance) and was a Mises Research Fellow in Residence, Auburn, Alabama in 2000 and 2001. From 2001 he worked at Penta Investments, and from 2004 he was Investment Director responsible for managing investment projects. In this capacity he managed a number of important acquisitions and business ventures of the Penta Investments Group in retail, healthcare, energy, and engineering. From 2009 until 2015 he was Chief Investment Officer in the PPF Group and a member of the Board of Directors of PPF a.s., the main consulting company of the PPF Group, and chairman of the Supervisory Board of PPF Bank. In 2013 he was responsible for the acquisition of the Czech largest telco company O2 by the PPF Group and stayed in O2 as Chairman of the Supervisory Board through 2017. He was featured in the April 2018 edition of Forbes Czech. Currently he is an independent investor.

10/04/2018Articles of InterestMartin Stefunko
If reading Human Action is too daunting, read this chapter-by-chapter summary of one of the greatest economic treatises ever written.
Read More 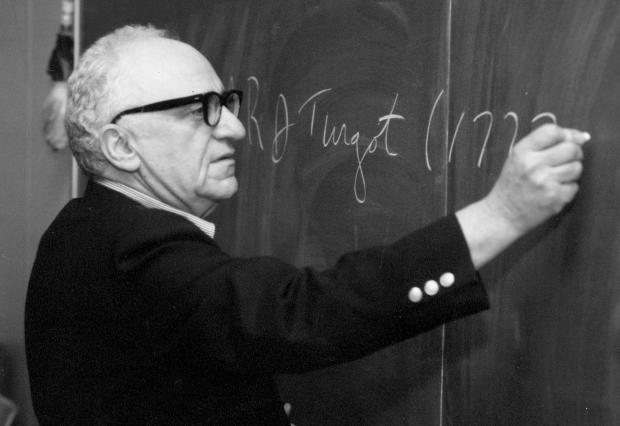 If reading Human Action is too daunting, read this chapter-by-chapter summary of one of the greatest...

An overlooked volume of essays deals with Rothbard's monetary thought. Martin Stefunko regards it as mixed but...