What in a communistic society is done upon a decision of the supreme economic council is in our individualistic society brought about by the collective but independent action of the individuals and carried out by the price mechanism.

Gottfried Haberler was one of the first economists to make a rigorous case for the superior productivity and universal benefits of "free" or politically unrestricted international trade in terms of the modern subjective theory of value. He also developed an approach to analyzing cyclical booms and busts which was based on a synthesis of pre-Keynesian business cycle theories and heavily emphasized the causal role of political manipulations of the money supply.

As a world-renowned and influential expert in these areas, Haberler almost always firmly and actively opposed protectionist and inflationist programs and policies advocated by many of his fellow economists and adopted by the governments of less developed countries and of western mixed economies in the postwar period.

Haberler was born in Austria and emigrated to the the United States in 1936 to join the faculty of Harvard University as Professor of Economics. From 1971, when he retired from Harvard, until the present, Haberler has been Resident Scholar at the American Enterprise Institute for Public Policy Research, a centrist-Republican think tank in Washington, D.C.

While in Austria in the 1920s and 1930s, Haberler was a member of the famous Mises-Kreis, the distinguished circle of economists, sociologists, and philosophers who regularly participated in the private seminar organized by Austrian economist Ludwig von Mises. The formative influence of Mises and the Austrian school has always been strongly evident in Haberler's theoretical work and in his policy advocacy, although this influence has at times been obscured by Haberler's vigorous rejection of some aspects of the Austrian theory of the business cycle and his opposition, in later writings, to the international gold standard. Thus, in terms of economic worldview, Haberler is often, though not very accurately, characterized as a monetarist or even a "right-wing Keynesian," and the Austrian connection is altogether ignored.

Haberler made his most important contributions to economic theory in the areas of international trade and business cycles. He was the first to present, in 1933, a modern reformulation of the classical argument that free trade and international division of labor maximizes social productivity and the standard of living for all participating nations (Haberler 1968; Haberler 1985, 3-19). Haberler's reformulation was based on the Austrian theory of value and price, which rejects the classical labor theory of value and rigorously establishes the crucial link between the subjective values of consumers and the objective monetary cost and revenue calculations of producers, while emphasizing the dynamic interdependence of all economic phenomena.

In a famous study, which was sponsored and originally published in 1937 by the League of Nations, Haberler (1963) undertook a comprehensive survey of the extant literature on business-cycle theory and formulated his own "synthetic" explanation of the causes and nature of cyclical phenomena, which involved a broadly Austrian emphasis on the causal role of changes in the supplies of money and credit combined with price and, especially, wage-rate rigidities imposed by political interventions into the market process.

In the early 1950s, Haberler repudiated his earlier support for an international gold standard featuring national currencies rigidly defined as specific weights of gold and began to campaign for a regime of national fiat currencies linked to one another by flexible exchange rates, a campaign in which Milton Friedman and other monetarist economists were especially prominent (Baldwin 1982, 166). In addressing the problem of stagflation, which was to become pandemic in Western mixed economies under the latter monetary regime beginning in the early 1970s, Haberler (1974, 99-116; 1985, 349-62) broke with the monetarists and identified the relentless pressure by labor unions for wage rates in excess of market-clearing levels as the initiating cause of inflationary recession.

He argued that the politically intolerable level of unemployment inevitably created by the excessive wage settlements gained by legally privileged unions induced the monetary authorities to increase the volume of money and bank credit. The resulting price inflation was intended to alleviate the employment situation by surreptitiously reducing real wage rates back toward market-clearing levels.

In sharp contrast to Keynesian economists, however, who advocated wage and price "guidelines" or controls as the remedy for "cost-push" inflation, Haberler (1974, 117-38; 1985, 267-310) fully accepted the proposition that a persistent rise in general prices cannot occur without an increase in the money supply, and he stood staunchly against any alleged remedy involving political intervention into and distortion of the market's pricing and resource-allocation process. Instead, Haberler prescribed a policy of strict restraint in the growth of the money supply combined with free market-oriented microeconomic policies aimed at radically reducing or eliminating the monopoly power of labor unions as well as of business organizations. These latter policies included further liberalization of international trade, deregulation of domestic industries, abolition of the minimum wage, the abrogation of "prevailing wage" laws mandating that government buy only from firms paying union wages, the termination of welfare and unemployment subsidies to striking workers, and the abolition of special legal privileges and immunities enjoyed by labor unions.

——. 1985. The Problem of Stagflation: Reflection on the Microfoundation of Macroeconomic Theory and Policy. Washington, D.C.: American Enterprise Institute for Public Policy Research.

06/15/1935BooksGottfried Haberler
This book aims at a complete and systematic treatment of the main problems arising from international economic transactions.
Formats

The Theory of International Trade_4.pdf 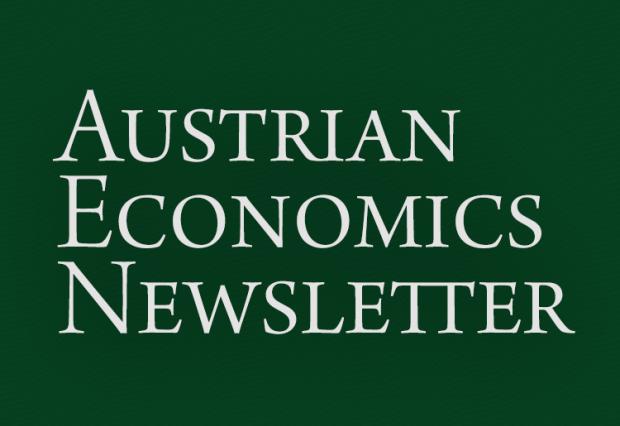 Between Mises and Keynes: An Interview with Gottfried von Haberler

07/30/2014Austrian Economics NewsletterGottfried Haberler
Volume 20, Number 1 (Spring 2000) An Interview with Gottfried von Haberler (1900-1995) Taught by Fredrich von Wieser and Ludwig von Mises, and later a professor at Vienna, Gottfried Haberler worked within the milieu of the Austrian School but departed from the theory in important respects. In...
Read More

A tribute to Ludwig von Mises by Gottfried Haberler.

Heberler answers the question of how a developed and thriving economy can find itself plunged into economic crisis...