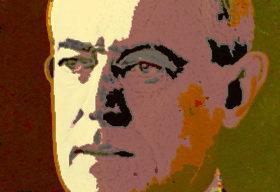 What the World Should Be: Woodrow Wilson and the Crafting of a Faith-Based Foreign Policy, Baylor University Press, 2008

George W. Bush was not the first president to have a “faith-based” foreign policy. Most people know that Woodrow Wilson (1856–1924) was the US president from 1913 to 1921. Some perhaps know that he was the governor of New Jersey from 1911 to 1913. But few probably know that he was the son of a Presbyterian minister, president of Princeton University — then a Presbyterian institution that had always been headed by clergymen until Wilson — from 1902 to 1910, and had a faith-based policy of his own.

Malcolm Magee is the director of The Institute for the Study of Christianity and Culture, “an academic research organization,” not “affiliated with any church or religious organization,” that “examines the intersection of religion, and particularly the Christian faith, and its surrounding culture.”

He doesn’t specifically say in his important and insightful book What the World Should Be: Woodrow Wilson and the Crafting of a Faith-Based Foreign Policy (hereafter What the World Should Be) why he became so interested in Wilson, but it is clear that Wilson among all the US presidents is the president who is the most suitable candidate for studying the intersection of religion and culture as Magee plainly states the book’s thesis in his introduction: “The thesis of this book is that the future president was immersed in a particular Princeton and Southern Presbyterian tradition that he absorbed, quite literally, at the knees of his father, Joseph Ruggles Wilson, his devout mother, Janet Woodrow Wilson, and the religiously active clergy, family, and friends he was surrounded by from his youth onward.”

What the World Should Be “is an attempt to let Wilson be Wilson, the man who throughout his life used such terms as covenant and freedom not in terms of their modern secular definitions but in terms of a very specific Calvinist rhetorical tradition, one largely unfamiliar today, especially among scholars of American foreign relations.”

After his important introduction, Magee develops his thesis in four chapters:

1. The Development of Woodrow Wilson’s Thought to 1913

2. The Challenge of the Present Age: The Persistence of the International Order

3. Keeping to the Principles in Peace and War

4. Negotiating the Tablets of Stone

After a brief epilogue, there are four appendixes, notes, a bibliography, and an index.

Magee deems Wilson to be “one of the most complicated individuals to occupy the White House.” To understand Wilson and his approach to foreign policy “requires an awareness of the religious convictions that informed his world view, his ideals, his assumptions and prejudices.” Wilson’s “religion was inseparable from the other aspects of his philosophy.”

Magee believes that John Maynard Keynes’s “insight” that Wilson “thought like a Presbyterian minister, with all the strengths and weaknesses of that manner of thinking” is “missing, for the most part, from modern historical scholarship concerning U.S. foreign relations during the Wilson presidency.”

What is of most interest in What the World Should Be is how Wilson viewed himself and the United States during World War I. He said soon after the war began that it “may have been a godsend.” Comments Magge: “He was unshaken by the conflict since, despite the carnage, it seemed to open possibilities for his own mission to bring God’s order to the world. He was called by God.” Being “predisposed to be an Anglophile,” Wilson interpreted information “in a way that favored British interests and penalized Germany while continuing to believe that he and the country were being absolutely neutral.”

Wilson had some strange ideas about neutrality. His “active” neutrality “allowed America to act on behalf of the righteous.” The United States would “use its power as an aggressive neutral to conquer the forces of disorder and selfishness in the world on all sides.” Wilson referred to his policy of neutrality as the “peaceful conquest of the world.” U.S. neutrality would “conquer, convert, and change the nations.” The United States was chosen by God to be the “mediating nation of the world.” America was the “house of the Lord” and the “city on a hill.” The entrance of the United States into the war meant “salvation” to the Allies. Wilson believed in using “neutral force to mediate peace.” Even as American soldiers were dying in Europe, the United States was “neutral in spirit” in fighting a “righteous war.” Naturally, before he led the country into war, Wilson advocated an increase in the military, the reserves, and military spending, but “purely for defense.” If war became necessary, it “must be a peacemaking war.” He wanted a “new international order” that would prevent such a war from happening in the future. The Versailles Treaty would allow him as president to “do great good for the downtrodden inhabitants of the world.” The paternalistic Wilson had a tendency to “see the nonwhite peoples as being in need of instruction.”

Everything that Magee says about Wilson’s religious political ideas is well documented, and he writes in a neutral tone. The problem with Wilson, as I see it, is not that he rejected his faith, but that his faith was defective. For another old-time Presbyterian whose views were contrary to those of Wilson, see J. Gresham Machen (1881–1937), a New Testament scholar who taught at Princeton Theological Seminary from 1906 to 1929.

There are only two redeeming things about Wilson. One, he vetoed the Volstead Act, but his veto was overridden. And two, he criticized the 1846 Mexican War, but later sent U.S. troops to Mexico in 1914. And, of course, we can “thank” Wilson for the signing into law of the Federal Reserve Act and the Revenue Act of 1913.

For a recent analysis of Wilson that is anything but neutral, see Judge Napolitano’s Theodore and Woodrow: How Two American Presidents Destroyed Constitutional Freedoms.

This article originally appeared at LewRockwell.com