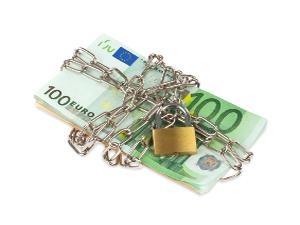 The Federal Reserve System of central banking was a response to the financial panics of 1903 and 1907 that rocked the US financial system. One of the key objectives, if not the only real one, was to counterbalance the nefarious nature of fractional reserve banking. We now have experienced a century of living with a central bank and we must only conclude that it has failed as a counterbalance while making fractional reserve banking an even bigger, more nefarious master. The evidence is clear and reform of the system is not the answer. Only the abolition of this institution will begin to set our economic system on the right path.

The central bank should never have been created as a “lender of last resort,” which may sound like a good or beneficial thing, but it is just the opposite.

Having a “lender of last resort” simply ensures that banks win at everyone else’s expense. With such a system in place, banks are more willing to leverage their deposits (commit more fraud) and increase the riskiness of their lending. If a person with a gambling problem has a rich uncle ready to bail him out, is he more or less likely to get into trouble by taking bigger and riskier bets?

By taking away some of the risks of a bank run, the central bank also took away the fear that supported sound lending practices. The fear of bank runs is, of course, a beneficial aspect of bank runs, because bank runs prune out the deadwood in the banking system. When we use central banks to ensure that some banks are too big to fail, we have seriously distorted the profit and loss aspect of the banking system, and consequently, much of the capitalist system.

The European Central Bank (ECB) is just as guilty as the Fed of creating the housing bubbles at the beginning of this century. Yet, the ECB was legally structured to be much more conservative than the Fed. The Germans accepted the concept of the euro as the price for reuniting with East Germany but required that the structure of the central bank resemble essentially a larger carbon copy of the Bundesbank.1 The ECB’s sole objective was price stability and its mandate clearly made financing government debt a no-no. Its main building is in Frankfurt so as to press home the point that it would be a German (i.e., harder money) style of central bank.

However, even with such a conservative structure, it has been making essentially the same mistakes as the Fed.

The first problem with the ECB’s monetary policy is that it defines price stability as a flat consumer price index (CPI). The original quantity theory of money related money with the price of transactions, not just real gross domestic product (GDP). When inflation is defined as the CPI, instead of the price of everything money can buy (including asset prices), monetary policy is focused on a healthy group of trees while the rest of the forest is diseased. Moreover, zero inflation may actually be reflecting an overly aggressive monetary policy if average prices should have been dropping.

The second problem is the way ECB monetary policy is currently structured. It is a bubble-creating machine. The ECB provides liquidity on collateral; the higher the quality of the collateral, the greater the liquidity. European banks quickly realized that the best collateral was government bonds in the Euro zone since the bonds were all given AAA ratings by the ratings agencies. The assumption, of course, is that governments never default.

With a large demand for government bonds, interest rates quickly fell Euro-wide to levels that only Germany experienced before the creation of the euro. By lowering the cost of borrowing, countries such as Greece or Italy had a much greater incentive to borrow to pay for vote-getting public expenditures (especially increases in public sector wages). Governments issued an excessive amount of bonds, which led to an excessive amount of liquidity and credit and led to the massive housing bubbles and malinvestments experienced between 1999 and 2007 throughout the Euro zone. Without such a monetary policy structure, Greece, Spain, and Italy would never have been able to get into this much debt trouble. The bubble in government bonds can be directly attributed to the ECB’s liquidity-granting structure. What is unbelievable is that this system is still in place, and the ECB seems totally unaware of what it has done and continues to do. European banks are currently up to their eyeballs in government debt, but the ECB seems oblivious to its role in this massive charade.

The ECB recently implemented negative deposit rates, and is considering a form of QE. It would be wiser to make it impossible to use government bonds as collateral for cheap ECB loans while adopting clear and immediate restraints (including outright abolition) on the ability to create money, borrow, and tax, whether through direct taxation or borrowing by states, fractional reserve private banking, or the actions of a central bank.