GET NEWS AND ARTICLES IN YOUR INBOXPrint
A
A
Home | Mises Library | Why Legalize Now? 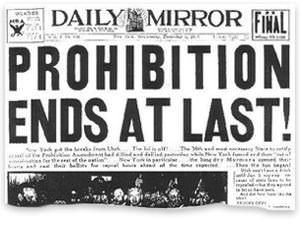 Suddenly the world is abuzz with talk about legalizing marijuana and other drugs. Political candidates, politicians, former presidents, interest groups, and even the Global Commission on Drug Policy are all calling for drug-policy reform. Given that we are in a worldwide economic and fiscal crisis, why is everyone interested in drug policy? Have we all suddenly regained our senses and realized that prohibition is irrational?

Two Republican presidential candidates, former governor Gary Johnson and Congressman Ron Paul, support legalization. Ron Paul and Barney Frank have introduced legislation that would allow the states to legalize marijuana without federal interference. Former president Jimmy Carter recently published an editorial in the New York Times calling for an end of the global war on drugs, a position he has held since he was president.

The organization LEAP, Law Enforcement Against Prohibition, has recently released a report entitled "Ending the Drug War: A Dream Deferred" on the 40th anniversary of the War on Drugs. They are critical of the war and point out that President Obama is actually making things worse. Finally, and maybe most importantly, the Global Commission on Drug Policy has issued a report that declares the war on drugs a failure and provides recommendations for reform.

The economic crisis is speeding up the realization that the war on drugs has failed and cannot be won. Taxpayers have long been slow to recognize the economic burden of drug prohibition. They have been told for decades that we only need to spend a little more and remove a few more constitutional protections of our rights to win the war against drugs. With decades of broken promises, busted budgets with trillion-dollar holes, and a teetering economy in crisis, more and more people are saying no to the war on drugs.

Drug prohibition is the single biggest burden on the criminal-justice budget. It is also a large burden for more than a dozen budgets within the federal government, and it is a growing burden on state and local budgets. The incarceration of hundreds of thousands of nonviolent drug offenders often leads to the breakup of families and the loss of breadwinners, placing additional burdens on social services.

The criminal-justice system is overwhelmed, and the prisons are filled far beyond capacity. As a result, violent criminals are receiving early release from their sentences. Other measures of crime and violence are also disturbing. Street gangs use the illegal-drug business to finance and expand their activities. It has been estimated that the United States now has nearly 800,000 gang members. Organized crime continues to grow in numbers and sophistication — as well as the level of violence. The Mexican Army has replaced local police along the border in order to restore order and reduce the more than 10,000 prohibition-related murders last year. From Afghanistan to Zimbabwe, the war on drugs is undermining civilization.

People are also realizing that fighting the war on drugs (i.e., prohibition) only makes social problems worse. The number of drug-related emergency-room visits in the United States now exceeds 2 million per year for illegal drugs and nonmedical use of prescription drugs. The progression of drug use from marijuana to cocaine, heroin, and crystal meth is clearly negative for health; and that progression is increasingly and correctly seen to be the result of prohibition, not addiction.

As I demonstrated, the failure of California's Proposition 19 legalizing marijuana should not be seen as a discouraging sign. Rather, it should be seen as a sign of things to come. All over the world, drug prohibition and its repeal or reform is now a matter of debate. In many areas of the world, the drug war has been rolled back.

Portugal is a good case in point. They were not winning the war; they were losing it. They were also losing the more general war for prosperity. In desperation, they de facto legalized all drugs. The result was not rampant, widespread drug abuse. Drug use and addiction actually declined, as did violence and disease.

Five years later, the number of deaths from street drug overdoses dropped from around 400 to 290 annually, and the number of new HIV cases caused by using dirty needles to inject heroin, cocaine and other illegal substances plummeted from nearly 1,400 in 2000 to about 400 in 2006, according to a report released recently by the Cato Institute, a Washington, DC, libertarian think tank.

Most Americans have been told that Franklin Delano Roosevelt was a great president and one of the most popular presidents of all time. However, most people — even most historians — do not know that the reason for his popularity was the repeal of Prohibition. He won the Democratic nomination for president at the 1932 convention by switching from being a Dry to a Wet (that is, by siding with repeal). The repeal of Prohibition was the most popular plank in the Democratic Party platform, and it was FDR's number-one issue and campaign promise. He made it his number-one priority when he was in office. (He also cut federal worker pay by 25 percent).

The results from repeal were both immediate and amazing. Taverns, restaurants, breweries, distilleries, and wineries reopened for business. Jobs were suddenly and noticeably available for the first time in years. The unemployment rate plunged from its historic high level of 25 percent. Crime and corruption sank, with the murder rate falling to its pre-Prohibition level in a manner of a few years. For politicians and government employees, repeal meant a new source of tax revenue and an end to budget cuts. Tax revolts, which had sprung up all across the country in opposition to government, sadly faded away. The people rejoiced that "Happy Days Are Here Again."

A similar opportunity lies in our future as the economic crisis continues to widen and worsen. We need to continue to learn and teach the real lessons of prohibition, some of which can be found in this free book. To unmask the true nature of government control and to demonstrate the superiority of individualism within a classical-liberal environment, we must make ending the war on drugs a priority.