Why I Am an Anarcho-Capitalist 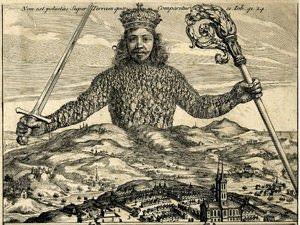 A great many people — more than ever, probably — describe themselves as supporters of the free market today, in spite of the unrelenting propaganda against it. And that’s great. Those statements of support, however, are followed by the inevitable but: but we need government to provide physical security and dispute resolution, the most critical services of all.

This isn’t to say these folks are stupid or doltish. Nearly all of us passed through a limited-government — or “minarchist” — period, and it simply never occurred to us to examine our premises closely.

To begin with, a few basic economic principles ought to give us pause before we assume government activity is advisable:

In other words, when it comes to government provision of anything, we have good reason to expect poor quality, high prices, and arbitrary and wasteful resource allocation.

There are plenty of other reasons that the market, the arena of voluntary interactions between individuals, deserves the benefit of the doubt over the state, and why we ought not assume the state is indispensable without first seriously investigating to what degree human ingenuity and the economic harmonies of the market can get by without it. For instance:

It’s understandable, to be sure, that people may not understand how law, which they assume must be provided in top-down fashion, could emerge absent the state, although there is plenty of good historical work demonstrating precisely this. But if government had historically monopolized the production of any good or service, we would hear panicked objections to the privatization of that good or service. Had government monopolized light bulb production, for example, we’d be told that the private sector couldn’t possibly produce light bulbs. The private sector won’t produce the size or wattage people want, critics would insist. The private sector won’t produce specialty bulbs with only a limited market, since there would be little profit in that. The private sector will produce dangerous, exploding bulbs. And so on.

Since we have lived with private light bulbs all along, these objections seem laughable to us. No one would want any of the scenarios these hypothetical critics warn about, so the private sector obviously wouldn’t produce them.

The fact is, competing sources of law have been far from uncommon in the history of Western civilization. When the king began to monopolize the legal function, he did so not out of some abstract desire to establish order, which already existed, but because he collected fees whenever cases were heard in the royal courts. Naïve public-interest theories of government, which no sensible person believes in any other context, do not suddenly become persuasive here.

Murray N. Rothbard was fond of citing Franz Oppenheimer, who identified two ways of acquiring wealth. The economic means to wealth involves enriching oneself by voluntary exchange: creating some good or service for which other people willingly pay. The political means, said Oppenheimer, involves “the unrequited appropriation of the labor of others.”

How do we in the Rothbardian camp view the state? Not as the indispensable provider of law and order, or security, or other so-called “public goods.” (The whole theory of public goods is shot through with fallacies anyway.) The state, rather, is a parasitic institution that lives off the wealth of its subjects, concealing its anti-social, predatory nature beneath a public-interest veneer. It is, as Oppenheimer said, the organization of the political means to wealth. “The State,” wrote Rothbard,

is that organization in society which attempts to maintain a monopoly of the use of force and violence in a given territorial area; in particular, it is the only organization in society that obtains its revenue not by voluntary contribution or payment for services rendered but by coercion. While other individuals or institutions obtain their income by production of goods and services and by the peaceful and voluntary sale of these goods and services to others, the State obtains its revenue by the use of compulsion; that is, by the use and the threat of the jailhouse and the bayonet. Having used force and violence to obtain its revenue, the State generally goes on to regulate and dictate the other actions of its individual subjects.... The State provides a legal, orderly, systematic channel for the predation of private property; it renders certain, secure, and relatively “peaceful” the lifeline of the parasitic caste in society. Since production must always precede predation, the free market is anterior to the State. The State has never been created by a “social contract”; it has always been born in conquest and exploitation.

Now if this description of the state is true, and I think we have good reason to believe it is, is merely limiting it possible or even desirable? Before dismissing the possibility outright, ought we at least to consider whether we might be able to live without it altogether? Might the free market, the arena of voluntary cooperation, really be the great engine of civilization we otherwise know it to be?

Let’s get back to the Constitution and the Founding Fathers, people say. That would be an improvement, no doubt, but experience has taught us that “limited government” is an unstable equilibrium. Governments have no interest in staying limited, when they can expand their power and wealth by instead increasing their power.

The next time you find yourself insisting that we need to keep government limited, ask yourself why it never, ever stays that way. Might you be chasing a unicorn?

What about “the people”? Can’t they be trusted to keep government limited? The answer to that question is all around you.

Unlike minarchism, anarcho-capitalism makes no unreasonable expectations of the public. The minarchist has to figure out how to persuade the public that even though the state has the raw power to redistribute wealth and fund cute projects everyone likes, it really shouldn’t. The minarchist has to explain, one at a time, the problems with each and every conceivable state intervention, while in the meantime the intellectual class, the universities, the media, and the political class combine against him to convey the very opposite message.

Instead of requiring the fruitless task of teaching everyone what’s wrong with farm subsidies, what’s wrong with Federal Reserve bailouts, what’s wrong with the military-industrial complex, what’s wrong with price controls — in other words, instead of trying to teach all Americans the equivalent of three graduate courses in economics, history, and political philosophy — the anarcho-capitalist society demands of the public only that it acknowledge the basic moral ideas common to just about everyone: do not harm innocent people, and do not steal. Everything we believe follows from these simple principles.

There is a huge literature dealing with the most frequent and obvious objections — e.g., Wouldn’t society descend into violent strife as armed bands fought for turf? How would disputes be resolved if my neighbor chose one arbitrator and I chose another? A short essay can’t answer all objections, so I refer you to this annotated bibliography of anarcho-capitalism assembled by Hans-Hermann Hoppe.

There’s a joke that’s been going around over the past few years: what’s the difference between a minarchist and an anarchist? Answer: six months. If you value principle, consistency, and justice, and oppose violence, parasitism, and monopoly, it may not take you even that long. Start reading, and see where these ideas take you.