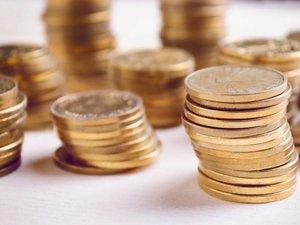 What do we mean by demand for money? And how does this demand differ from demand for goods and services?

Also, the demand for money arises on account of the services that money provides. However, instead of consuming money, people demand money in order to exchange it for goods and services. With the help of money, various goods become more marketable — they can secure more goods than in the barter economy. What enables this is the fact that money is the most marketable commodity.

Historically, in many societies, through a process of selection, people have settled on gold as the most accepted commodity in exchange. Gold has become money.

Real Money versus Money “Out of Thin Air”

Let us now assume that some individual’s demand for money has risen. One way to accommodate this demand is for banks to find willing lenders of money. With the help of the mediation of banks, willing lenders can transfer their gold money to borrowers. Obviously, such a transaction is not harmful to anyone.

Another way to accommodate the demand is, instead of finding willing lenders, the bank can create fictitious money — money unbacked by gold — and lend it out.

Will More “Demand for Money” Save Us?

Could a corresponding increase in the demand for money prevent the damage that money out of “thin air” inflicts on wealth generators?

Let us say that on account of an increase in the production of goods, the demand for money increases to the same extent as the supply of money out of “thin air.” Recall that people demand money in order to exchange it for goods. Hence at some point the holders of money out of “thin air” will exchange their money for goods. Once this happens an exchange of nothing for something emerges, which undermines wealth generators.

We can thus conclude that irrespective of whether the total demand for money is rising or falling what matters here is that individuals employ money in their transactions. As we have seen, once money out of “thin air” is introduced into the process of exchange, this weakens wealth generators and this in turn undermines potential economic growth. Clearly then, the expansion of money out of “thin air” is always bad news for the economy. Hence, the view that it is harmless to have an increase in money out of “thin air” — if fully “backed by demand”— doesn’t hold water.

Does Gold Cause Boom-Bust Cycles?

According to most economists however, in an economy with a gold standard, an increase in the supply of gold generates similar distortions that money out of “thin air” does.

This is not the case.

Let us start with a barter economy. John the miner produces ten ounces of gold. The reason he mines gold is he believes there is a market for it. Since people demand it, we know that gold contributes to the well-being of individuals. John exchanges his ten ounces of gold for various goods such as potatoes and tomatoes.

Now people have discovered that gold, apart from being useful in making jewelry, is also useful for some other applications. They now assign a much greater exchange value to gold than before. As a result John the miner could exchange his ten ounces of gold for more potatoes and tomatoes.

Should we condemn this as bad news because John is now diverting more resources to himself?

No, because this is just what happens all the time in the market. As time goes by people assign greater importance to some goods and diminish the importance of some other goods. Some goods are now considered as more important than other goods in supporting people’s life and well-being. Now people have discovered that gold is useful for another use such as to serve as the medium of the exchange. Consequently they lift further the price of gold in terms of tomatoes and potatoes. Gold is now predominantly demanded as a medium of exchange — the demand for other services of gold such as ornaments is now much lower than before.

Let us see what is going to happen if John were to increase the production of gold. The benefit that gold now supplies people is by providing the services of the medium of the exchange. In this sense it is a part of the pool of real wealth and promotes people’s life and well-being. One of the attributes for selecting gold as the medium of exchange is that it is relatively scarce.

This means that a producer of a good who has exchanged this good for gold expects the purchasing power of his effort to be preserved over time by holding gold. If for some reason there is a large increase in the production of gold and this trend were to persist the exchange value of the gold would be subject to a persistent decline versus other goods, all other things being equal. Within such conditions people are likely to abandon gold as the medium of the exchange and look for other commodities to fulfill this role.

As the supply of gold starts to increase its role as the medium of exchange diminishes while the demand for it for some other usages is likely to be retained or increase. So in this sense the increase in the production of gold is not a waste and adds to the pool of real wealth. When John the miner exchanges gold for goods he is engaged in an exchange of something for something. He is exchanging wealth for wealth.

Contrast all this with the printing of gold receipts (i.e., receipts that are not backed 100 percent by gold). This is an act of fraud, which is what inflation is all about, it sets a platform for consumption without making any contribution to the pool of real wealth. Empty certificates set in motion an exchange of nothing for something, which in turn leads to boom-bust cycles. The printing of unbacked-by-gold certificates divert real savings from wealth generating activities to the holders of unbacked certificates. This leads to the so-called economic boom.

In a free market, short-term and long-term rates would move toward convergence. Fed interference with interest rates...

Can Increases in the Supply of Gold Lead to Boom-Bust Cycles?

While an increase in the supply of gold money would lead to higher consumer prices, such increases in the gold...