Why Drafting Women Is a Terrible Idea 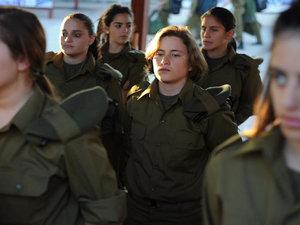 During last Saturday’s GOP presidential debate, the candidates were asked if they would support mandatory registration for women with the Selective Service System now that women are allowed combat positions in the US military. The Selective Service, of course, is the federal agency that maintains a list of potential conscripts should the US government ever decide to reinstitute the draft.

Most of the candidates applauded the idea while Ted Cruz denounced the notion. But, as is often the case, Cruz was right for the wrong reasons. Cruz seemed to base his reaction on sentimentalism and gender politics. He should be opposing an expansion of the draft for the simple reason that it’s potentially a massive tax increase. Here’s why:

Make no mistake about it. Expanding Selective Service from 50 percent of young adults to 100 percent is not about equality, or progress, or patriotism. While these notions will no doubt be used to bully people into supporting such a move, the real-world effect will be a massive expansion in government power over the lives of the population. Conscription, after all, is simply a draconian tax on the conscripts who lose their freedom for the duration, but who may also be coerced into being killed in order to promote the state’s policy agendas:

“Conscription is slavery,” Murray Rothbard wrote in 1973, and while temporary conscription is obviously much less bad — assuming one outlives the term of conscription — than many other forms of slavery, conscription is nevertheless a nearly-100-percent tax on the production of one’s mind and body. If one attempts to escape his confinement in his open-air military jail, he faces imprisonment or even execution in many cases.

Conscription remains popular among states because it is an easy way to directly extract resources from the population. Just as regular taxes partially extract the savings, productivity, and labor of the general population, conscription extracts virtually all of the labor and effort of the conscripts. The burden falls disproportionately on the young males in most cases, and they are at risk of a much higher tax burden if killed or given a permanent disability in battle. If he’s lucky enough to survive the conflict, the conscript may find himself living out the rest of his life as disfigured or missing his eyesight and limbs. He may be rendered permanently undesirable to the opposite sex. Such costs imposed on the conscript are a form of lifelong taxation.

Fortunately for those who escape such a fate, the term of slavery ends at a specified time, but for the duration, the only freedom the conscript enjoys is that granted to him by his jailers.

If the debate over this issue continues, we’re likely to hear a lot about how “fairness” and egalitarianism requires an expansion of the Selective Service System. But those claims are all distractions from the central issue here, which is the state’s power over the citizen.

After all, if women want to go help out Al-Qaeda in Syria (which is what the US is doing there), they are free to volunteer. Whether or not women can be directly involved in blowing up revelers at Afghani weddings, however, is a completely separate issue from conscription and the Selective Service.

The two issues are already being conflated, as was made clear by Chris Christie’s comment at the debate when he pounced on the issue of female conscription and declared it’s important that "women in this country understand anything they can dream, anything that they want to aspire to, they can do."

After hearing this, one is left wondering if Christie is aware that there’s a difference between being a soldier and being forced to be a soldier by the state.

Besides, if fairness is a concern, there’s an easy way to achieve fairness on this issue: abolish the Selective Service for everybody. It’s as easy as that. It wouldn’t even cost a dime of taxpayer money. Simply shred the records, fire everyone who works for Selective Service, and lease out the office space to organizations that do something useful. Then, we won’t have to hear anything about “discrimination” or the alleged sexism implicit in a policy that outrageously neglects to force women to work for the government against their will.

But Isn’t This Just a Symbolic Gesture?

Some who want to expand Selective Service for egalitarian reasons are claiming that it’s all just symbolic anyway, because the draft “will never happen.”

“The US hasn’t had the draft since the early 1970s,” one columnist loftily intoned as if that were evidence that the draft could never return. Wow, the 1970s? Did they even have electric lights back then?

Moreover, it’s a mistake to think that the draft could never return because people would overwhelmingly oppose people being forced into combat. Even if that is the case, there is no reason at all why conscription could not be used to draft people for non-combat positions. After all, only a very small portion of the military ever sees combat. The vast majority of soldiers are involved in logistics, transportation, and desk jobs such as computer programming.

Only a small portion of military deaths occur in combat. Most deaths in the military are due to accidents.

Additionally, there is no reason that Selective Service could not be modified to be used to draft people for so-called “national service” positions in which conscripts would perform non-combat bureaucratic and manual-labor jobs. Austria and Switzerland (which have conscription) allow this option for those morally opposed to combat. And historically — such as during World War II — “service” was imposed on conscientious objectors who were forced to work on farms or perform other types of manual labor in special camps.

So no, the draft is not “hypothetical,” “symbolic,” or something that “will never happen.”

Numerous countries in Latin America, Europe, and Asia still employ conscription, and it is hardly some kind of never-used relic from the distant past.

Alas, much of the opposition to the expansion of Selective Service has taken the form of National Review’s opposition which is based on the idea that conscripting women is some kind of special unique evil, quite unlike conscripting men. Military service is one thing, the editors write, but forcing women into it is “barbarism,” they admit. They’re half right. It is barbarism to force women to fight wars for the state. But the same is also true of conscription for men.