Why the Business Cycle Happens 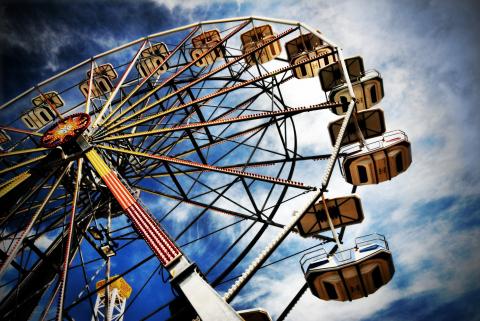 The student of economics is invariably taught a certain mythology about the history of the study of business cycles. That mythology holds (a) that before 1913, nobody realized that there are cycles of prosperity and depression in the economy—instead, everyone thought only of isolated crises or panics, and (b) that this all changed with the advent of Wesley Mitchell’s Business Cycles in 1913.

Mitchell’s supposed achievement was to see that there are booms and then depressions, and that these cycles of activity stem from mysterious processes deep within the capitalist system. It is Part III of this work (the other parts being outdated historical and statistical material) that is here reprinted for the second time, this time in paperback.

It is certainly true that the late Wesley Mitchell had an enormous influence on all later studies of the business cycle and that he revolutionized that branch of economics. But the true nature of this revolution is almost unknown. For there had been great economists who were not only aware of, but also discovered theories to explain, the dread phenomena of boom and bust. They did this much before Mitchell’s time, and went far beyond him.

For one thing, Mitchell and his followers have never tried to explain the business cycle; they have been content to record the facts, and record them again and again. Mitchell’s famous "theoretical" work is only a descriptive summary. Secondly, these same economists were discovering a great truth that escaped Mitchell and has continued to escape economists ever since: that boom and bust cycles are caused—not by the mysterious workings of the capitalist system—but by governmental interventions in that system.

The real founders of business-cycle theory were not Mitchell but the British classical economists: Ricardo and the Currency School, whose doctrines have unaccountably been shunted by historians into the pigeonhole of the "theory of international trade." They first realized that boom-bust cycles are caused by disturbances of the free market economy by inflationary injections of bank credit, propelled by government. These booms themselves bring about a later depression, which is really an adjustment of the economy to correct the interferences of the boom. The sketchy theory of the classicists was elaborated during the nineteenth century; later, the important role of the interest rate was explained by the Swede, Knut Wicksell; and finally, the full-grown theory of the business cycle was developed by the great Austrian economist, Ludwig von Mises.

Mises’ theory shows the complete workings of the boom-bust cycle: the inflationary injection of bank credit, fostered by government; a boom marked by malinvestments caused by inflation’s tampering with the signals of the free market; the end of inflation revealing these unfortunate malinvestments; and finally, the depression as the correction by the free market of the wastes and distortions of the boom. Ironically, the work where Mises first outlined his theory appeared about the same time as Mitchell’s.

The classical, and now the Mises, theories have been generally scorned by modern writers, and mainly for this reason: that Mises locates the cause of business cycles in interference with the free market, while all other writers, following Mitchell, cherish the idea that business cycles come from deep within the capitalist system, that they are, in short, a sickness of the free market. The founder of this idea, by the way, was not Wesley Mitchell, but Karl Marx.

The Mises theory, then, is universally dismissed as "too simple." Professor Rendigs Fels’ new book is a typical example of current work on business cycles. Fels deals with the cycles of late nineteenth-century America, and he certainly reveals a great many valuable facts of the hitherto neglected cycles of that era. But how does he explain these cycles? Here he tries to synthesize the most fashionable of current theories, with most emphasis on the theory of the late Professor Schumpeter. Almost every theory is incorporated in some way, except that of Dr. Mises. Oddly enough, whenever Fels does mention monetary factors, or the "shortage of capital" aspect of Mises’ theory (which he discusses fleetingly and misleadingly, and without mentioning Mises’ central role), he has to acknowledge that it fits the facts neatly. But then he is quickly off again, in pursuit of more and better fallacies.

Schumpeter’s theory, alone of all theories aside from Mises’, has one great merit: it attempts to integrate an explanation of business cycles with general economic theory. Other economists are content to fragment business cycles as if general theory simply does not exist, or is irrelevant to the "real world." But Schumpeter’s theory is simply wrong, as can be seen by his conjuring up a large number of "cycles," nearly one for each industry, which are supposed to interact to form the total economic picture. An economist should realize that industries in the market economy are bound up together, so that basically the economy is in the throes of only one cycle at a time.

The reader will gain little enlightenment, therefore, from these works on business cycles. From Mitchell he will obtain only a descriptive summary of a typical cycle; from Fels he will find many important facts, but all distorted by erroneous attempts at explanation. Both authors virtually ignore what we can call the "monetary malinvestment" theory of Mises and his classical forebears.

It is true that, in recent years, the so-called "Chicago School" has been placing more emphasis on monetary causes of the cycle. But these economists have only thought of money as acting on the general price level and still do not realize that monetary inflation creates maladjustments in the economy that require subsequent recession. As a result, the Chicago School still believes that government can eliminate business cycles by juggling the monetary system, by pumping money in and out of the economy. The Misesian, on the other hand, sees government as having one and only one proper role in the economy: to keep its hands off and to avoid any further inflation. This is the only "cure" that government can bring to us.