GET NEWS AND ARTICLES IN YOUR INBOXPrint
A
A
Home | Mises Library | Who Are the Champions of the Common Man?

Who Are the Champions of the Common Man? 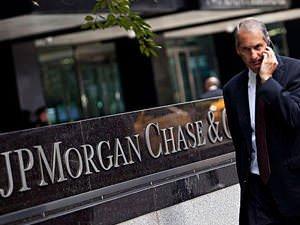 The media’s caricature of libertarians is a pendulum that swings from one extreme to another. One minute we’re grasping plutocrats, championing the privileged, and the next minute we’re losers living in our parents’ basements.

Not long ago, Michael Lind adopted the first of these, professing to find it risible that a libertarian might pose as the champion of the common man. Why, libertarians favor the super rich!

Hence, according to Lind, the idea of “libertarian populism” is absurd. Now I agree with Bob Wenzel that the last thing we need is another term, and that plain old “libertarian” suits us just fine. But it’s worth noting that the idea of libertarian populism — that libertarians are indeed the champions of the ordinary folk, because we are champions of all innocent people against the predatory state — is not ridiculous at all. As the great champion of regular people, Ron Paul, has shown.

Now to be sure, libertarians don’t favor anyone in particular. We don’t single out the poor, the rich, the working class, the industrialists, the conservationists, the farmers, the young, the old, the black, the white, or anyone else for special treatment. We are the champions of everyone against the biggest ripoff of them all.

This was the view of Murray N. Rothbard, Mr. Libertarian himself, who said in 1977:

Too many libertarians have absorbed the negative and elitist conservative worldview to the effect that our enemy today is the poor, who are robbing the rich; the blacks, who are robbing the whites; or the masses, who are robbing heroes and businessmen. In fact, it is the state that is robbing all classes, rich and poor, black and white, worker and businessman alike; it is the state that is ripping us all off; it is the state that is the common enemy of mankind. And who is the state? It is any group who manages to seize control of the state’s coercive machinery of theft and privilege. Of course these ruling groups have differed in composition through history, from kings and nobles to privileged merchants to Communist parties to the Trilateral Commission. But whoever they are, they can only be a small minority of the population, ruling and robbing the rest of us for their power and wealth. And since they are a small minority, the state rulers can only be kept in power by deluding us about the wisdom or necessity of their rule. Hence, it is our major task to oppose and desanctify their entrenched rule, in the same spirit that the first libertarian revolutionaries opposed and desanctified their rulers two hundred years ago. [Emphasis added.]

This is why the Jacksonians (who were, to be sure, far from pure libertarians, but that isn’t the point) in 1830s America adopted “equal rights” as their slogan. We know what “equal rights” means today, of course: expropriation of one group to benefit another, with the state skimming off its usual cut for itself. But in those days, equal rights meant only that no person or group received any state-provided advantage, since state-provided advantages always come at the expense of other people or groups.

This was considered the obvious program for the common man. While the Whigs pined for a national bank and various corporate welfare projects, the Democrats believed themselves to be champions of the workingman’s cause by opposing all forms of state privilege. By and large they did not counter with federal programs of their own.

But hasn’t the state lifted up the poor? The state’s efforts to alleviate poverty have had minuscule effects when they haven’t been counterproductive. The vast bulk of the conquest of poverty that took place in the twentieth century occurred well before the federal government had done much of anything. It occurred because the unhampered market naturally leads to an improvement in the general standard of living.

Meanwhile, as the country at large endures great economic distress, civilian employment has skyrocketed in Washington, DC, where the average federal worker earns more than double the salary of the average worker in the private sector. The parasite-host relationship that exists between the ruling few and the toiling many is rarely so stark.

It’s no coincidence that Mr. Libertarian, Murray N. Rothbard, was also a pioneer in power-elite analysis. For instance, Rothbard’s essay Wall Street, Banks, and American Foreign Policy, published as a small book by the Center for Libertarian Studies, proposes that there might be a teensy bit more to American foreign policy than a disinterested dedication to promoting “democracy.”

A glance at foreign policy leaders since World War II will reveal the domination of the banker elite. Truman’s first Secretary of Defense was James V. Forrestal, former president of the investment-banking firm of Dillon, Read & Co., closely allied to the Rockefeller financial group. Forrestal had also been a board member of the Chase Securities Corporation, an affiliate of the Chase National Bank.

Another Truman Defense Secretary was Robert A. Lovett, a partner of the powerful New York investment-banking house of Brown Brothers Harriman. At the same time that he was Secretary of Defense, Lovett continued to be a trustee of the Rockefeller Foundation. Secretary of the Air Force Thomas K. Finletter was a top Wall Street corporate lawyer and member of the board of the CFR while serving in the cabinet. Ambassador to Soviet Russia, Ambassador to Great Britain, and Secretary of Commerce in the Truman Administration was the powerful multi-millionaire W. Averell Harriman, an often underrated but dominant force within the Democratic Party since the days of FDR. Harriman was a partner of Brown Brothers Harriman.

Also Ambassador to Great Britain under Truman was Lewis W. Douglas, brother-in-law of John J. McCloy, a trustee of the Rockefeller Foundation, and a board member of the Council on Foreign Relations. Following Douglas as Ambassador to the Court of St. James was Walter S. Gifford, chairman of the board of AT&T, and member of the board of trustees of the Rockefeller Foundation for almost two decades. Ambassador to NATO under Truman was William H. Draper, Jr., vice-president of Dillon, Read & Co.

That’s just half of Rothbard’s analysis of the power elite surrounding just one president’s foreign policy team. Not exactly a cross-section of the downtrodden, in other words.

(Read Rothbard’s essay in its entirety, by the way, where he discusses some of the less glamorous motivations at work in the making of foreign policy.)

Who has benefited from the American warfare state? Who, that is, apart from those with political connections or government jobs? The question answers itself. Everyone else has suffered from the trillions of dollars looted from them so the Pentagon might have the power to obliterate every conceivable enemy city a dozen times over. We have suffered from increased indebtedness, and — because capital formation is undermined by the squandering of resources in war and in massive diversion of resources to the military sector — lower real wages than we would otherwise have enjoyed. We’ve suffered from the civilian research and development that never occurred because the brains behind it were siphoned into military research. The costs go on and on.

We can repeat this analysis over and over again, as we survey important components of American life. Who suffers under the federal government’s drug war? Not the wealthy and powerful. And who benefits? Certainly not the poor. But the tax-funded police forces that are awarded with more powerful weapons, more authority, and a seemingly endless cash cow, seem to do rather well.

Who angled for the Federal Reserve? The American public, or the bankers themselves? Anyone reading Rothbard knows the answer. It is not reasonable to expect us to believe that in just this one case, an interest group coming together to enshrine its preferences in law was doing so entirely for the public welfare.

The Fed, meanwhile, has not “stabilized the economy,” contrary to the usual propaganda, and in recent years gave rise to a housing bubble that wrecked the finances of a great many ordinary Americans. Then, adding insult to injury, it bailed out — on preposterous and indefensible grounds — some of the most reckless and irresponsible institutions.

What has the Fed’s economic planning accomplished for Main Street? The Fed’s planning, according to David Stockman, was based on the “wealth effect”: if the Fed pushed stock prices higher, Americans would feel wealthier and would be likely to spend and borrow more, thereby stimulating economic activity.

The results? Zero net breadwinner jobs created between early 2000 and early 2007. From 2000 to 2012, there have been 18,000 new jobs created each month. That’s about one-eighth of the growth in the labor force over the same period.

This is what the average person is supposed to be so grateful for?

The state, in short, enriches itself at the expense of the public it fleeces, all the while using its influence over education, the media, and culture to persuade the people that all this fleecing is good for them, that taxes are donations, and that bombing foreigners on ludicrous pretexts is “serving your country.” It urges the general public to consider the absence of the state as the most horrifying, inconceivable scenario of all.

The libertarian tears off the mask of the state, revealing it as the wealth-destroying, poverty-enhancing instrument of terror and expropriation it is. The advances that constitute civilization, libertarians argue, have resulted not from the orders of hangmen and other executioners, or the social planning of bureaucrats and academics, but from human beings cooperating voluntarily in ways that will amaze and astonish anyone who opens his eyes to see them.

And that makes libertarianism the most liberating political philosophy of all.