GET NEWS AND ARTICLES IN YOUR INBOXPrint
A
A
Home | Mises Library | When Nullification Works, and When it Doesn’t

When Nullification Works, and When it Doesn’t 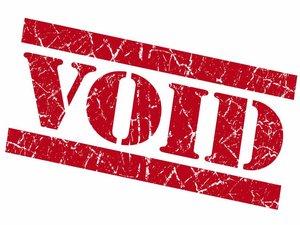 Although leftists often like to condemn nullification as right-wing kookery, the left is quite good at employing the tactic.

Certainly, the most successful nullification trend going on right now is in state refusals to enforce federal drug laws. Four states (Colorado, Washington, Oregon, and Alaska) have all unilaterally declared recreational marijuana to be legal.

While the successful passage of these measures did require support from libertarians and conservatives, the Colorado, Washington, and Oregon efforts especially benefited from support from people most would identify as so-called left-wing “liberals.”

Many other states have unilaterally legalized marijuana for medical use as well, and it’s in the GOP heartland (i.e., the South and Great-Plains Midwest) where resistance to this form of nullification remains the strongest. Indeed, GOP elected officials from the South and Midwest are currently suing Colorado to force greater federal enforcement of drug laws.

Meanwhile, leftists are the driving force behind the so-called “sanctuary city” movement in which local officials refuse to cooperate with federal officials on enforcement of federal immigration laws.

In addition to passing these nullification measures, the left then follows up with pressure on federal enforcement agencies to take no action. It’s not an accident that the Obama administration has decided to take a hands-off approach in both cases. The administration has been pressured by key interest groups within the party to let the whole thing slide.

Whether or not a Republican administration would be as laissez-faire in the matter is unclear, but in both drug nullification and local nullification of immigration law, the tactic is working, for now.

The conservatives have had some successes in their own way. Eight states (at the prompting of conservatives) have passed laws that nullify federal laws on guns within their own borders. Like the marijuana nullifiers, the gun-law nullifiers simply refuse to assist the feds in enforcing federal gun laws.

In addition to this, conservatives in Michigan helped pass a law prohibiting state officials from assisting the federal government in indefinite detention under the NDAA.

There’s also been much talk of nullifying Obamacare (via refusal to set up state-level exchanges) and nullification of the gay marriage mandate (via refusal to issue marriage licenses), but neither of these seem to be gaining much traction.

It would make sense that conservatives, who claim to be for so-called states’ rights and “local control,” would promote such measures. But conservatives are also among the most enthusiastic defenders of the NSA and the USA-PATRIOT Act, so we should not be surprised when conservatives attack their own on the nullification issue on the basis of its legality. The influential (among conservatives) Heritage Foundation, for example, back in 2012, issued a fact sheet condemning nullification as unconstitutional.

Other conservative groups have strongly opposed it as well.

Conservatives continue to be pre-occupied with the legality of nullification, and having correctly figured out that it is in fact illegal — because federal law says what the federal judges say it says — they quickly retreat to the more respectable and “legal” means of opposing federal power.

Leftists are then more than happy to pile on and condemn these conservative attempts at nullification while carefully avoiding mention of their own uses of the very same tactic.

Nullification has never been a legal tactic. It has always been an extra-legal and political one. Law and politics are two different things, and the fact that something is illegal does not mean it’s politically unfeasible or impossible.

Certainly, the nullification of the fugitive slave acts was highly successful, and also very illegal. It was so successful, in fact, that it was a major factor in Southern secession. We know this because the South Carolina declaration of secession specifically says so:

But an increasing hostility on the part of the non-slaveholding States to the institution of slavery, has led to a disregard of their obligations, and the laws of the General Government have ceased to effect the objects of the Constitution. The States of Maine, New Hampshire, Vermont, Massachusetts, Connecticut, Rhode Island, New York, Pennsylvania, Illinois, Indiana, Michigan, Wisconsin and Iowa, have enacted laws which either nullify the Acts of Congress or render useless any attempt to execute them. In many of these States the fugitive [i.e., escaped slave] is discharged from service or labor claimed, and in none of them has the State Government complied with the stipulation made in the Constitution.

The South Carolinians won the legal argument, but even without the Civil War, they would have lost the political argument. Federal law was clear that the runaway slaves were a federal matter, and anyone who interfered with it was in violation of the law. But that didn’t stop those who lied to federal officers and helped slaves evade bounty hunters. Northern nullifiers simply weren’t going to respect federal law in this matter because they viewed it as immoral. The South Carolinians correctly concluded there was little they could do about this, and they included it among the reasons they seceded.

When nullification enjoys either the indifference or support of a sizable portion of the local population, and is based on encouraging government inaction, it tends to work. In the case of marijuana-law and immigration-law nullification, local governments have refused to enforce federal law, and the same was true with anti-slavery nullification. In fact, the slave owners, who were a very powerful interest group at the national level, and who had both the Constitution and the federal courts on their side, were at a lopsided disadvantage with individual states because the slave-owners needed more government action and enforcement of pro-slavery laws on the part of state governments. Even worse (from the pro-slavery perspective), enforcement was expensive. The anti-slavery activists, on the other hand, merely needed their state governments to look the other way.

And this, apparently, is what the left understands. They know that the feds can only do so much to enforce federal law on their own, without help from local government. Yes, the feds have their own federal agents, but federal police forces are actually quite small compared to state and local police forces (unless, of course, the feds call in the military.) But big, federal enforcement operations tend to be PR disasters, as in the case of the Bundy Ranch standoff.

It’s always better to get help from the locals, and when they refuse, it’s hard to force their hand.

The reverse, however, does not work as well. That is, if nullification consists of requiring an active role for state and local officials, follow-through is a problem. For example, if states attempted to nullify Roe vs. Wade, they would run into trouble, because that sort of nullification would consist of actively shutting down physicians and abortion clinics. That’s different than simply refusing to take action.

But even “do nothing” attempts at nullification remain on very shaky legal ground. According to modern interpretations of the Constitution, there is no legal provision for state and local officials (including state courts) to refuse to enforce laws that modern constitutional scholars claim are part of “the law of the land.” And if they so choose, federal officials can still selectively enforce the law using their own agents.

But on a practical level, these sorts of nullification laws do in fact limit the federal government’s ability to enforce its own laws. The feds can always call out the National Guard and force local compliance, but that can’t be done on a permanent basis. Moreover, the feds avoid big showy displays of federal supremacy, not because they are constrained by the law, but because they are constrained by political opinion. And political opinion is the crucial factor that conservatives tend to ignore. The right seems to think that legal realities trump political ones, while the opposite is more often true.