GET NEWS AND ARTICLES IN YOUR INBOXPrint
A
A
Home | Mises Library | What Is the Proper Way to Study Man?

What Is the Proper Way to Study Man? 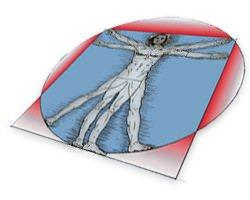 If the proper study of mankind is man, the question immediately arises: what is the proper way to study man? In recent generations, the enormous prestige gained by physics in advancing our knowledge of the material world has led to the uncritical transfer of the methods appropriate in the natural sciences to the study of actions of men. These three books illuminate different aspects of the important truth that the differences between the nature of human action and the behavior of unmotivated physical objects require different methodologies of scientific study.

The science of economics has always had a separate methodology of its own; but, as in almost all successful sciences, it did not begin to examine and analyze its methodology until it had developed the bulk of its laws and principles. However, if a well-analyzed methodology is not established in time, a science is in danger of falling into gross error by wandering down plausible but invalid paths. In an age when many widely divergent and even contradictory paths of inquiry are open to economists, it is more important than ever that economic science develop a more critical awareness of its proper methodology. Ludwig von Mises's Grundprobleme der Nationalökonomie, published in 1933, was a monumental achievement in the study of economic methodology. While previous work by Senior, Cairnes, and Menger had vindicated the validity of economic theory, Mises's volume was the first to rid the methodology of economics of all traces of positivism and relativism. For the first time, Mises explained fully why the laws of human action (economics and, more widely, "praxeology") cannot be "tested" by reference to statistical or historical "data." In the behavior of physical objects, science begins by empirical observation of constant relations, and then frames tentative hypotheses of explanatory laws, these hypotheses being always subject to testing and revision by referring their deduced consequents to controlled experiments, where all but the relevant, isolated factors are held constant. This is the "scientific method" of physics. But in the study of human action, as Mises shows, the reverse is true; here, we begin by knowing the causal laws: by knowing the fact of human consciousness, of free will, of motivated, purposeful action of human beings in using given means for the attainment of desired ends. On the other hand, the facts of human history are not, as in physics, controllable and subject to testing; they are the complex and changing resultants of the interplay of human motives and actions, impinging on the natural environment and on each other. The laws of economic science, therefore, can only be constructed by starting with apodictically known axioms and deducing from them a body of necessarily true laws.

The best-known modern work on economic methodology in the English-speaking world has been Lionel Robbins's An Essay on the Nature and Significance of Economic Science, published at about the same time as Grundprobleme. But Mises's book is a far more profound and basic work in the same general tradition, and its present translation as Epistemological Problems of Economics therefore fills a vital gap by bringing us the outstanding work on the methodology of economics.

Essays in European Economic Thought brings to the American reader translations of seven important European economic essays of the past century. Perhaps the outstanding article in the collection is the brilliant critique of mathematical economics by Paul Painlevé, an eminent French mathematician who wrote the essay as the introduction to the French translation of W. Stanley Jevons's Theory of Political Economy in 1909. Jevons's work was one of the first, and one of the least harmful, of the increasingly frequent incursions into economics of the mathematical method; and yet, in his critique of Jevons, Painlevé already saw the dangers and fallacies. The Austrian, praxeological tradition has always recognized that mathematics, and quantitative methods generally, are appropriate to the physical sciences, where behavior is continuous and unmotivated; but that verbal logic, in contrast, is the appropriate method where one is studying the necessarily discrete, motivated, qualitative actions of men. In a field where mathematical economists are too often inclined to dismiss critics as ignorant of mathematics, the arguments of this distinguished mathematician carry particular weight.

Richard von Mises's great classic, Probability, Statistics, and Truth, effected a revolution in the nature of probability theory during the 1920s and 1930s. "Classical" probability theory considered numerical probability to be derived from "equal ignorance" about the potential events being considered: thus, the probability of obtaining a "three-spot" upon the throw of a die was considered to be "one-sixth" because there are six possibilities and we do not know if one possibility is stronger than another. Mises (the brother of Ludwig von Mises), demonstrated the contradictions of this approach, insisting both that the probability is not one-sixth if the die happens to be loaded, and that the only way to find out if a die is loaded is by tossing it a large number of times. Thus was born the "frequency theory" of numerical probability, based on knowledge and not on ignorance. The frequency theory implies that to say the probability of a die showing "three" is "one-sixth" means that, if a die is thrown a great many times, the number of occasions on which "three" is obtained will approach one out of every six throws. But this means that numerical and mathematical probability theory cannot really apply to each single case, but only to the proportion of randomly-selected homogeneous events, as in tossing a coin or throwing a die. This fact is much more true of the unique, nonrandom events of ordinary human (and entrepreneurial) action. It becomes evident from Richard von Mises's fundamental work that mathematical probability theory can never be applicable to economics, or to any other study of human action.

At the present time, when mathematical probability theory is very heavily used in economics and sociology, the translation of the third German edition of Richard von Mises's work is particularly welcome. For Mises here refutes various modern criticisms of his theory and demolishes the attempts of such philosophers as Carnap and Reichenbach to establish a mathematical theory for individual cases, as contrasted to large homogeneous classes, of human actions.

This review is reprinted from the September 15, 1961, issue of The National Book Foundation.