GET NEWS AND ARTICLES IN YOUR INBOXPrint
A
A
Home | Mises Library | What Is A Priori Science, and Why Does Economics Qualify As One?

What Is A Priori Science, and Why Does Economics Qualify As One? 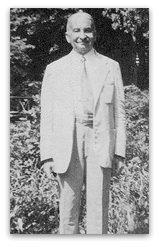 It is not uncommon to encounter quite intelligent people who, while largely sympathetic to the political economy of Ludwig von Mises, are nevertheless puzzled by or even dismissive of the methodological precepts guiding his economic theorizing. Most typically their objections are particularly directed at Mises's repeated and emphatic assertion that the core of economic theory is composed of a priori concepts, propositions whose truth is arrived at by contemplation rather than through empirical research. They often regard this aspect of his thought as contrary to modern, scientific principles, resembling a living fossil, an archaic beast that properly should have gone extinct along with the abstract rationalism of the era prior to the Scientific Revolution.

In the course of dialogues with such critics, I believe I have detected a common misunderstanding about what it means for a proposition to have an a priori truth for some subject. This error not only creates confusion about Mises's economic methodology, but also obscures the real foundations of the empirical sciences that, justifiably, most of these people so admire.

As I understand him, by categorizing the fundamental principles of economics as a priori truths and not contingent facts open to empirical discovery or refutation, Mises was not claiming that economic law is revealed to us by divine action, like the ten commandments were to Moses. Nor was he proposing that economic principles are hard-wired into our brains by evolution, nor even that we could articulate or comprehend them prior to gaining familiarity with economic behavior through participating in and observing it in our own lives. In fact, it is quite possible for someone to have had a good deal of real experience with economic activity and yet never to have wondered about what basic principles, if any, it exhibits.

Nevertheless, Mises was justified in describing those principles as a priori, because they are logically prior to any empirical study of economic phenomena. Without them it is impossible even to recognize that there is a distinct class of events amenable to economic explanation. It is only by pre-supposing that concepts like intention, purpose, means, ends, satisfaction, and dissatisfaction are characteristic of a certain kind of happening in the world that we can conceive of a subject matter for economics to investigate. Those concepts are the logical prerequisites for distinguishing a domain of economic events from all of the non-economic aspects of our experience, such as the weather, the course of a planet across the night sky, the growth of plants, the breaking of waves on the shore, animal digestion, volcanoes, earthquakes, and so on.

Unless we first postulate that people deliberately undertake previously planned activities with the goal of making their situations, as they subjectively see them, better than they otherwise would be, there would be no grounds for differentiating the exchange that takes place in human society from the exchange of molecules that occurs between two liquids separated by a permeable membrane. And the features which characterize the members of the class of phenomena singled out as the subject matter of a special science must have an axiomatic status for practitioners of that science, for if they reject them then they also reject the rationale for that science's existence.

Economics is not unique in requiring the adoption of certain assumptions as a pre-condition for using the mode of understanding it offers. Every science is founded on propositions that form the basis rather than the outcome of its investigations. For example, physics takes for granted the reality of the physical world it examines. Any piece of physical evidence it might offer has weight only if it is already assumed that the physical world is real. Nor can physicists demonstrate their assumption that the members of a sequence of similar physical measurements will bear some meaningful and consistent relationship to each other. Any test of a particular type of measurement must pre-suppose the validity of some other way of measuring against which the form under examination is to be judged.

Why do we accept that when we place a yardstick alongside one object, finding that the object stretches across half the length of the yardstick, and then place it alongside another object, which only stretches to a quarter its length, that this means the first object is longer than the second? Certainly not by empirical testing, for any such tests would be meaningless unless we already grant the principle in question. In mathematics we don't come to know that 2 + 2 always equals 4 by repeatedly grouping two items with two others and counting the resulting collection. That would only show that our answer was correct in the instances we examined — given the assumption that counting works! — but we believe it is universally true. Biology pre-supposes that there is a significant difference between living things and inert matter, and if it denied that difference it would also be denying its own validity as a special science.

What is notable about economics in this regard is just how much knowledge can be gained by hunting down the implications of its postulates. Carl Menger arrived at the great insight that the value of a good to an actor depends on its marginal utility to him based entirely on pursuing the consequences of the assumption that people act with the purpose of improving their circumstances. Mises's magnum opus, Human Action, is a magnificent display of the results that can be achieved along these lines.

The great fecundity from such analysis in economics is due to the fact that, as acting humans ourselves, we have a direct understanding of human action, something we lack in pondering the behavior of electrons or stars. The contemplative mode of theorizing is made even more important in economics because the creative nature of human choice inherently fails to exhibit the quantitative, empirical regularities, the discovery of which characterizes the modern, physical sciences. (Biology presents us with an interesting intermediate case, as many of its findings are qualitative.)

One can understand and assent to the core truth about economics that Mises stressed, but nevertheless part ways with him over exactly what that truth means to the pursuit of economic science. For example, Mises's protégé F.A. Hayek, while agreeing with his mentor on the a priori nature of the "logic of action" and its foundational status in economics, still came to regard investigating the empirical issues that the logic of action leaves open as a more important undertaking than further examination of that logic itself.

I hope the above considerations will make Mises's apriorism more intelligible to staunch empiricists. But I suspect that some of them still may look askance at the proposal that we have this "oddball" kind of knowledge, one that is neither empirical nor analytical. They still may be inclined to dismiss it, noting that its claim to axiomatic status shields it from further analysis. It also appears suspiciously like those outcasts from post-Enlightenment epistemological respectability: intuitive, revealed, and mystical claims to knowledge. However, a deeper examination of human knowledge, undertaken without a prejudice in favor of the currently sanctioned methods of inquiry, reveals every mode of understanding, including the logical, the mathematical, and the experimental, as ultimately grounded upon our intuitive judgment.

For instance, a person can be presented with scores of experiments supporting a particular scientific theory is sound, but no possible experiment ever can demonstrate to him that experimentation is a reasonable means by which to evaluate a scientific theory. Only his intuitive grasp of its plausibility can bring him to accept that proposition. (Unless, of course, he simply adopts it on the authority of others.) He can be led through hundreds of rigorous proofs for various mathematical theorems and be taught the criteria by which they are judged to be sound, but there can be no such proof for the validity of the method itself. (Kurt Gödel famously demonstrated that a formal system of mathematical deduction that is complex enough to model even so basic a topic as arithmetic might avoid either incompleteness or inconsistency, but always must suffer at least one of those flaws.)

A person can be instructed in mechanical systems of formal logic, but there is no mechanical procedure for deciding which of these possible systems are worth developing. (It is quite possible to specify perfectly consistent, formal systems of logic that yield conclusions that are correct per the rules of the system but that any intelligent person can see are nonsense. For example, we might devise a system in which, if x implies y and z implies y, then x implies z. Within that system, the acceptance of "all men are mortal" and "all slugs are mortal" would mean that all men are slugs. Aside, perhaps, from particularly bitter feminists, we can all see that argument is rubbish, but we can only judge between alternative formalisms based on our intuitive sense of deductive truth.)

Michael Polanyi has shown that intuitive judgment is the final arbiter even in the "hard" sciences like physics and chemistry.

While experimental findings are, quite properly, a major factor in a scientist's choice of which of two rival theories to accept, the scientist's personal, intuitive judgment will always have the final say in the matter. When the results of an experiment are in conflict with a theory, the flaw may be in either the theory or the experiment. In the end, it is up to the scientist to choose which to discard, a question that cannot be answered by the very empirical results in doubt.

This ultimate, inescapable reliance on judgment is illustrated by Lewis Carroll in Alice Through the Looking Glass. He has Alice tell Humpty Dumpty that 365 minus one is 364. Humpty is skeptical, and asks to see the problem done on paper. Alice dutifully writes down:

Humpty Dumpty studies her work for a moment before declaring that it seems to be right. The serious moral of Carroll's comic vignette is that formal tools of thinking are useless in convincing someone of their conclusions if he hasn't already intuitively grasped the basic principles on which they are built.

All of our knowledge ultimately is grounded on our intuitive recognition of the truth when we see it. There is nothing magical or mysterious about the a priori foundations of economics, or at least nothing any more magical or mysterious than there is about our ability to comprehend any other aspect of reality.

Gene Callahan is studying at the London School of Economics. He is the author of Economics for Real People. Send him MAIL, and see his Mises.org Daily Articles Archive.