GET NEWS AND ARTICLES IN YOUR INBOXPrint
A
A
Home | Mises Library | What Keeps Us Safe?

What Keeps Us Safe? 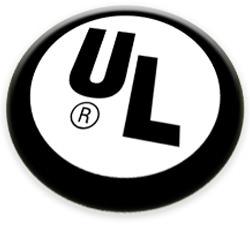 [This article originally appeared in The Free Market, March 1996.]

"For those who appreciate the virtues of private enterprise, the UL insignia is an inspiration."

Look at the back of your computer monitor, the bottom of your table lamp, or the label on your hair dryer. Chances are you will see the symbol "UL" with a circle around it. It stands for Underwriters Laboratories, a firm headquartered in Northbrook, Illinois, and an unsung hero of the market economy.

Most people don't realize that dozens of products in their homes — toasters, fire extinguishers, space heaters, televisions, etc. — have been tested by the Underwriters Lab for safety. The Lab also tests items like bulletproof vests, electric blankets, commercial ice-cream machines, and chicken de-beakers, among thousands of other products.

But the Lab isn't an arm of the government. It is privately owned, financed, and operated. No one is compelled by force of law to use its services. It thrives — and makes our lives safer — by the power of its excellent reputation. For that reason, its ideologically driven enemies on the Left despise it.

The firm was formed in 1894 to deal with the dangers posed by the dramatic increase in the use of electricity. Today, it employs 4,000 scientists, engineers, and safety specialists to render an independent verdict on hundreds of thousands of products.

The very existence of the Lab debunks the common civics-text view that, without government intervention, private businesses would seek profit without regard for safety; thus, bureaucrats have to police markets to impose a balance between private interests and the common good. The government, according to this view, is the only thing standing between us and unceasing fatal accidents.

The truth is the opposite. The market is well equipped to regulate itself, and does a fine job of it. It's the government that operates without oversight. To discover the quality and value of products, no one would trust the advice of the scandal-ridden Commerce Department or the Federal Trade Commission.

"It's the government that operates without oversight."

Unlike quality and price, safety isn't always at the forefront of the consumer's mind. But that hasn't kept manufacturers from seeking out the Lab's testing services. For those who appreciate the virtues of private enterprise, the UL insignia is an inspiration.

The Lab was the first to set standards for certifying the safety of pilots and planes before the government intervened. It set the standards for building materials, fire-fighting equipment, air conditioners, and household chemicals. It employs safecrackers and pyrotechnicians to test safes, and a variety of unique machines and devices to test thousands of other products each year. It has been testing multicolored Christmas lights since 1905, and entered the building-code business right after the San Francisco earthquake of 1906.

Despite its unparalleled experience and success, the market economy keeps the Lab innovating. As engineer John Drengenberg of the Lab said,

There's always some little twist in a new product — an innovative feature or something to make it cheaper — to keep us busy developing the appropriate test procedure.

Its effectiveness in determining safety standards (even for brand-new products) and maintaining them over time has generated an interesting result. Many government regulations, especially at the state level, merely mimic the building codes and insurance requirements of the Lab.

The Lab also "regulates" in a cost-effective way. Companies come to the Lab to present their products and the tests they have already conducted. The company pays a testing fee ranging from a couple of hundred dollars to several thousand, depending on the costs of the tests to be conducted.

If the product passes, it receives one of three designations:

Each product is tested for each use, and the Lab is strict about how its mark is used by manufacturers. For example, Securitron Magnalock sent a new lock to the Lab for testing. New standards had to be established, and the lock was duly tested and "recognized" as a component for a delayed-exit system.

When the company faxed all of its field representatives that the product was "UL approved," Lab officials suspended the listing. It then required Securitron to inform all employees that UL does not "approve" any product.

To insure continued safety, manufacturers agree to let the Lab inspect their production facilities and to retest on demand. These on-site inspections, often four a year, are unannounced. Lab inspectors can require manufacturers to present data and to rerun safety trials and experiments. Companies, in turn, pay a tiny fee for every UL designation symbol they put on their products.

Manufacturers can modify their products to adapt to market conditions, but the Lab oversees changes that affect product safety. The Lab is inflexible and scientific, but it's also driven by common sense and realism.

Nothing is perfectly safe, of course. The competitive marketplace and the Lab aim for safety in a framework of rational attention to costs. UL official Drengenberg has noted, "It would be very easy for us to come up with an overly strict standard," but then no one could afford to buy the product.

In fact, the Lab once built a fireproof office for some of its employees. The expensive room featured ceramic tile on the walls and ceiling, a thick concrete floor, metal furniture, and similar standards. Not only was the cost high, the esthetic results were not impressive. As Robert Yereance, author of Electrical Fire Analysis says, "most of us cannot afford a fireproof dwelling and would not like living in it if we could."

"Many government regulations merely mimic the building codes and insurance requirements of the Underwriters Lab."

The Lab notes that 80% of accidents and fires are caused by consumers, not products. It takes this into account in its requirements. In the case of space heaters, for example, the Lab felt that enhanced warning labels would reduce as many fires as an expensive redesign, thus keeping down cost and price.

Compare this approach with the government's. Its standards are as difficult to understand as they are contradictory. But its uncertain standards contrast with its hard-edged enforcement and oversight. With the government, products that meet the standards don't have to be safe, while perfectly safe products can fail to pass the regulations.

The Lab is not perfect, and, in a few cases, it has paid damages for its mistakes. But the failures have been few and far between. Just last year, it tested more than 16,500 types of products, nearly 80,000 different products, conducted ongoing on-site inspections, and placed the UL symbol on nearly nine billion products.

The Lab has its critics, of course. For example, Stuart Statler of the Trial Lawyers of America calls the Lab "totally driven by industry money." Whereas they should be driven by trial-lawyer money? "Consumer advocate" Ralph Nader claims that the Lab is a "very meek, 'lowest common denominator type' operation." In short, it doesn't impose unreasonable burdens on the market, bankrupt companies, or harm consumers.

Most recently, the New York Times accused the Lab of letting down its guard and conspiring with manufacturers. The controversy surrounds the Lab's listing of a new $2 twister cap that connects copper and aluminum wires. When copper was relatively expensive, houses were wired with aluminum. After long use, however, it has proven more of a fire hazard. Full rewiring is expensive, so the innovative caps allow homeowners an intermediate solution.

But for bureaucrats and left-wing ideologues, no private solution is praiseworthy. The Times' Barry Meier writes that the Lab is "sparring with Federal officials in a behind-the-scenes battle" that is "exposing some potential shortcomings of industry self-regulation." The hope of those who oppose the twister cap is that the government will refuse to approve it for use. People will have to use old aluminum wires or the old, unsafe cap. In either case, the fire hazard will remain higher.

Such are the consequences of siding with government over private standards. After a century of public service, Underwriters Laboratories has proven a safe, effective, and cost-conscious alternative to government bureaucracy. It shows us that the market discovers new and effective solutions to the problems of everyday life, reduces the risks all around us, and does so without resorting to the coercion and inefficiency of government.

This article originally appeared in The Free Market, March 1996.