GET NEWS AND ARTICLES IN YOUR INBOXPrint
A
A
Home | Mises Library | What Does "Debt-Based" Money Imply for Interest Payments?

What Does "Debt-Based" Money Imply for Interest Payments? 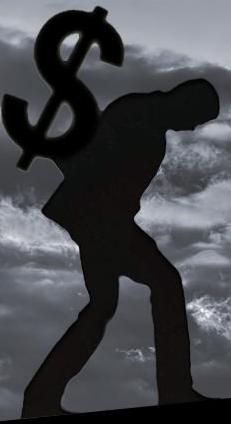 In a previous article, I explained the sense in which our fractional-reserve, fiat financial system is built upon debt-based money. In this perverse arrangement, new dollars come into existence through the creation of government and private debt. Going the other way, if the private sector and the federal government ever began seriously paying down their debts, the supply of US dollars would shrink.

These observations are not common in Austrian economics, but they are discussed quite frequently in radical critiques of banking and "money-changing" per se. (For a great presentation, watch this video from 3:00 to 18:00.) Such critics claim that the charging of interest itself is unnatural. In the context of our present, admittedly perverse, system, these reformers argue that the people have to take on more debt, because "there's not enough money in the economy" to pay back the principal and interest from their previous loans.

Although there is a grain of truth in this claim, in its crudest form it confuses stocks with flows. Although the critics are right to castigate our current system, they are wrong when they say that interest payments require a constantly growing supply of money.

In our fractional-reserve system, commercial banks literally create new money when they advance new loans to borrowers. In a previous article, I walked through an example where a bank first takes in $1,000 in currency as a deposit from a teenager named Billy. Then the bank gives Sally a business loan for $900. In the act of doing this, the bank creates $900 more money in the economy; Billy still has his $1,000 in his checking account, but now Sally can go to Home Depot and spend $900 on goods, pushing up prices.

When Sally pays back her business loan, that $900 is extinguished; the community's money supply (measured by aggregates such as M1 and M2) will drop by $900. But beyond her principal payback, Sally also owes the bank $45 in interest. When the smoke clears — assuming Sally didn't default on her loan — the bank's shareholders end up with $45 in extra equity, while the money supply of the community goes back to its original level.

Now we can see the apparent problem: the commercial bank effectively created $900 "out of thin air" when it made a new loan to Sally. After buying raw materials, perhaps hiring workers, etc., Sally was able to create goods that she then sold to her customers for a certain amount of money. When the loan matured, Sally paid back the bank. Her principal payback is straightforward enough — she was just returning the $900 that the bank originally gave to her.

However, we have to ask, where did the $45 in interest come from? In order for Sally to pay back a total of $945, she had to not only recoup the $900 from her customers that she had earlier "spent into the economy," but she had to extract an additional $45 that didn't come from the bank.

In a sense, the whole operation of the bank creating money, lending it to Sally, and then receiving payment with interest, leads to the outcome that the bank shareholders have somehow extracted $45 in money that was originally held by the rest of the community.

When some people realize how this works, they conclude that further debt is built into the system: After all, what if everyone in the community tried to pay off his or her bank loans? Not only would the overall money stock constantly shrink, as the loan principals were eliminated and no new loans replaced them, but the need for paying interest on top of the principal would transfer more and more of the money held by the community into bank coffers. It appears that the public would be physically unable to collectively pay off their loans with interest, because they would be scrambling for a shrinking stockpile of dollars.

We can think of it like this: If every dollar in existence right now corresponds to the principal of someone's loan from a bank (or from the Federal Reserve's loan to the Treasury), then it seems mathematically impossible for everybody (including the federal government) to become debt free. In principle, everybody — including Uncle Sam — could pay back all of the principal that was originally borrowed, but at that point there would be no dollars left in existence! So how could anyone pay back the interest still owed?

Although it's true that if everyone tried to pay back his or her debts at the same time, the world would "run out of dollars," in general I think this critique overlooks an important distinction. When people owe interest, this is a flow concept that accrues over a period of time. In contrast, the total "money supply" is a stock concept that applies at a specific moment.

To see how this relates to our current discussion, let's consider a much simpler example. Suppose there are two neighbors living in a community that uses actual gold coins as its money. Mr. Smith starts out with 1,000 gold coins, while his neighbor Mr. Brown starts out with none.

Brown asks Smith if he can borrow 100 gold coins for a month. Smith agrees, but insists on a 12.7 percent APR, which works out to 1 percent interest charged monthly. So on day one of this deal, Smith has 900 gold coins while Brown has 100.

At the end of the month, after whatever buying and selling he has done with the rest of the community, Brown has accumulated 100 gold coins in his possession. He pays that back to Smith. Ah, but Brown is still short 1 gold coin. So he offers to cut Smith's lawn and paint his fence (with materials provided by Smith). In return for this labor, Smith pays Brown 1 gold coin, which Brown then uses to pay off his interest.

In the following month, Brown repeats the process: He borrows 100 gold coins up front, pays them back at the end of the month, and performs 1 gold coin worth of labor to earn the money to pay off the interest. Eventually, Brown and Smith simplify things. They constantly roll over the 100 gold coins of principal, and Brown performs a day's worth of chores once a month for Smith as the "servicing charges" on the loan.

As this simple example illustrates, a fixed stock of money can "turn over" several times a given calendar period, and thus provide the means with which to pay back a higher volume of loans. Even in a community with a fixed stock of money — picture people using gold where no new gold is being mined — the capitalists can charge positive interest rates, without necessarily forcing anyone to default.

It should go without saying that I am not endorsing the machinations of our current financial system, nor am I defending the ethical legitimacy of the interest earned by today's fractional-reserve bankers. My modest point in this article was to correct the widespread misconception that in a system of "debt-based money," further rounds of inflation are mathematically necessary to avoid default on previous loans. In general, this simply isn't true, because the bankers can spend their interest payments on real goods and services, thereby returning that money to the public, which can then use it again for further debt payments.