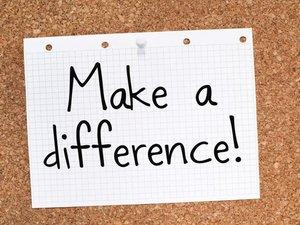 Business is often portrayed as being crude and cruel. According to the popular narrative — the Charles Dickens view of the world — businesses are filled with cold-hearted scrooges who value profits more than people. This is then contrasted with the kindness and altruism of charities, non-profits, and governments, which are all supposedly created to help people. Charity, in particular, is seen as ethically superior to business. After all, what could make a greater impact on the world than giving to the needy?

This view of the world is shortsighted. While it’s true that charity helps people, business makes a far greater contribution to humanity. Virtually all of the increases in society’s standard of living are because of simple commerce, and it’s the poor, in particular, who benefit the most. To understand why, we need to examine the different formulas that charities and businesses operate under.

Charities deal with distributing wealth — coordinating the transfer of some people’s “surplus” to other people’s “shortage.” Businesses, on the other hand, deal with creating wealth by selling goods and services people value.

Without this initial creation of wealth, charities would have nothing to distribute. In the developed world, it’s easy to forget that poverty is the default state of human existence. Wealth is not found in nature; it must be created, and this is precisely the role of businesses and entrepreneurs. They are the force which takes us out of the state of nature. All cases of poverty have the same solution — not wealth distribution, but wealth creation. This is not merely a theoretical argument. It’s witnessed everywhere around the globe.

The deeper we examine, the clearer it becomes. Consider the humble washing machine. We take it for granted in the developed world, but the washing machine has changed the lives of hundreds of millions of people. It’s no exaggeration to say its inventor has changed the course of history. How so? By dramatically reducing the amount of manual labor required to do laundry. Millions of people around the globe — women, in particular — are freed from spending countless hours washing clothing every week; their time can be spent elsewhere.

The impact of wealth creation and entrepreneurship is enormous, even though the engineer who designed the washing machine might have been selfish. His only motivation might have been to make money. Or, perhaps he kindly thought to himself, “I wish women didn’t have to spend so much time laboring over laundry.” Either way, the result was the same. The world has changed because of his invention. The businesses which sell washing machines, the engineers who design better ones, the steel workers who find cheaper ways to create the necessary raw materials — they all contribute to an exponential rise in people’s standard of living.

The Ripple Effects of Entrepreneurship

The benefits of entrepreneurship are not only immediate; they create a butterfly effect. Consider the plight of children who are born into families with washing machines. They, too, benefit from their mother’s free time. They might now be able to get an education and become engineers and producers themselves. Who knows? Perhaps the invention of the washing machine was an essential step to curing cancer. After all, the children who will grow up to become doctors must have a high enough standard of living in order to attend school.

But the ripple effects don’t stop there. Consider the individuals who are saved by the doctor who cures cancer! They, and their families, will also benefit from the washing machine’s existence, and will be able to produce even more for the rest of society. In other words, wealth creation is exponential, and it literally changes the course of history. A greedy businessman might only care about himself, but his inventions and efficiencies end up benefitting society in an extraordinary way.

Contrast this with charity. Giving a washing machine to somebody will change his or her life, there’s no question. And it certainly creates a ripple effect of its own. But creating a washing machine — or selling, designing, or improving one — changes the world. Even supplying the raw materials to the factory changes the world. The workers in the ore mill, or the waitress supplying their afternoon lunches, are directly involved in the process which brings people out of poverty.

This does not diminish the role of charities; they serve a valuable function too. If you are like me — if you aren’t an entrepreneur or engineer — then charity is an essential way to help your fellow man. Not everybody has the skills necessary to create a new invention or become a successful businessman. But that doesn’t preclude them from making a positive difference in the world. However, we should be realistic: a donation of furniture to Goodwill does not create the same ripple effect as selling affordable food or power tools to everyone.

Many economic truths work this way. We’re quick to praise what’s easily seen — giving a hamburger to someone truly in need — but we overlook or even condemn what happens behind the scenes and all of the labor and cooperation necessary to make and distribute cheap hamburgers. The farmer, the butcher, the truck driver, the cook, the engineer, and the businessman should also be praised for their work. Without them, there would be no surplus food for the charity worker to give away.

Steve Patterson is a freelance writer, video producer, and the author of What's the Big Deal About Bitcoin? He is the creator of the popular The Truth About... educational animation series. You can follow him at steve-patterson.com.