We Must Be "Opportunists" In Dismantling the State 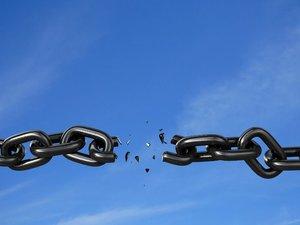 In thinking about strategies for abolishing or radically diminishing government, many libertarians are led astray by using a false dichotomy. The State, they say, can either be smashed in one swift, fell blow or it can be rolled back gradually according to a predetermined plan. These are, they say, the only two alternatives.

There are a number of problems with framing the issue in these terms. First and foremost, demolitionism is not a strategy but an adolescent fantasy. It is the product of the idle musings of zealous young converts to libertarianism. The means and goals of demolitionism cannot even be coherently stated. Is it supposed to be the aim of demolitionists to cause the State to vanish literally overnight or in the time it takes for politicians, bureaucrats, and military leaders to pack up and clear out of their offices or be forcibly marched out and jailed? And what actions are the demolitionists supposed to undertake to induce the proprietors of the State apparatus to simultaneously abandon it? Are demolitionists counting on a brilliant propaganda campaign to cause a spontaneous conversion to libertarianism among legislators, judges, and members of the executive branch, etc.? Or will demolitionists incite a populist tax revolt and possibly a mutiny among the lower ranks of the armed forces that puts an abrupt end to the State? The entire notion of abruptly overthrowing a State — especially one as powerful, entrenched, and beloved (or at least tolerated) by the vast majority of its subject-citizens as the United States — is so fantastical that it is difficult to believe that any libertarian would defend the position.

In fact the demolitionist position is a straw man. It is set up to make the gradualist strategy appear to be the only reasonable one. It is difficult to identify one notable modern libertarian thinker who has ever endorsed demolitionism as a strategy.

Now someone may respond that Murray Rothbard, in his article, “Do You Hate the State?” posited a distinction between what he called “gradualists” and “abolitionists.” But here he was not distinguishing among strategies but intellectual and emotional attitudes toward the State. He thus described the “abolitionist,” whether anarchist or minarchist, as “a ‘button pusher’ who would blister his thumb pushing a button that would abolish the State immediately, if such a button existed.”

Rothbard went on to point out, however, “the abolitionist also knows that alas, such a button does not exist, and that he will take a bit of the loaf if necessary — while always preferring the whole loaf if he can achieve it.” Note Rothbard’s emphasis on the word “not.” So although Rothbard was an abolitionist who passionately detested the State as “a plundering and bestial enemy” of mankind, he emphatically rejected demolitionism as a realistic strategy. Attitudinally, the opposite of the abolitionist button pusher, for Rothbard, is the Chicago-school efficiency adviser who views the State as merely a less efficient arrangement than the free market economy for supplying all or — for the minarchist — most “public goods.”

The Friedmanite (Milton or David) efficiency enthusiast harbors no great hatred for the State, which is, after all, providing society with necessary goods and services, albeit at higher costs than competitive markets would.

We Must be “Opportunists”

If not the absurd and fruitless program of demolitionism, then, what is the realistic alternative to the gradualist strategy? Before we can answer this question, we must take a closer look at gradualism.

According to one recent gradualist article, gradualism has two essential features. First, it seeks to “roll back” the state “step by step” rather than “leaping right from the status quo to the minimal state or a stateless society.” According to this way of thinking, this strategic posture enables libertarians to build coalitions with non-libertarian groups that share a common goal of curtailing or eliminating government interventions in a particular area, e.g., the drug war or the minimum wage, but may not accept the overarching libertarian goal of abolishing the State or radically minimizing its power and scope.

But almost no libertarian — least of all the abolitionist — would deny that collaborating with groups with otherwise differing political agendas on issues of common concern is strategically sound when it is likely to reduce State intervention.

It is the second feature of the gradualist position that presents a serious problem and renders it useless and even counterproductive. This is the idea that rolling back the State must be guided by an overriding moral principle that government programs ought to be eliminated in a specific sequence designed to protect the most impoverished among those exploited by the State from an abrupt loss of the political subsidies and privileges they may receive.

At this point, the problem with the gradualist strategy becomes immediately evident. Gradualists presuppose that they can plan the order in which interventions can be eliminated a priori without reference to socio-political reality. But this is a utopian program, in the bad sense of wishful thinking. In the real world, we can only seize opportunities to dismantle the State as they are presented to us in the inexorably unfolding events of historical reality. What we may call “opportunism” is the strategy of jumping on and exploiting every opportunity to hack away at the State, regardless of the nature of the opportunity or the existing structure of other interventions. The opportunist therefore seeks neither to demolish the State overnight nor to follow a fanciful, a priori plan for its “humane” rollback. Rather he aims to dismantle the State as rapidly as possible by standing ready to take full advantage of opportunities to cut back the State as they ripen amid the ceaseless and uncertain flux of social, economic, and political circumstances.

The defining feature of gradualism is, then, not the willingness to compromise on tactics, tone down extreme rhetoric, and cooperate with non-libertarian groups whenever it is likely to result in the elimination of government programs. In fact, these measures are the very essence of opportunism. No, the essential element of gradualism is the ahistorical ethical imperative that dictates a definite order in which State interventions must be done away with. The difference between opportunism and gradualism can be illustrated with the following example.

Let us suppose a critical mass of middle-class taxpayers becomes deeply resentful of the entire witch’s brew of the State’s “safety net” programs for the poor and it suddenly becomes politically feasible to eliminate them root and branch. Assuming that the minimum wage and occupational licensure laws remain firmly in place, the gradualist, if he were consistent, would have to forgo this chance to roll back the State.

In sharp contrast, the opportunist, of course, would approve and eagerly promote the elimination of these programs, happily modulating his anti-statist rhetoric and joining with non-libertarian groups to form a united front in favor of their abolition

It should now be clear that the strategy of opportunism goes hand in hand with the attitude of abolitionism. The opportunist would move as swiftly as possible toward his goal of abolishing his hated enemy the State, constrained only by scarcity of means and the pace of development of concrete social and political conditions.

Corporate Welfare Is a Realistic Target

Before concluding, I want to emphasize that I do not see a realistic opportunity of getting rid of social welfare programs in the foreseeable future. There is, however, a clearly rising tide of resentment by the productive middle class against corporate welfare, especially in the form of bailouts and privileging of huge financial institutions by the Federal Reserve.

Many members of Congress are also deeply skeptical of the recent performance of the Fed and its cozy relations with the banking system. They no longer meekly accept the Fed’s mantra that it requires “independence from politics” — that is, freedom from Congressional oversight — in order to pursue an effective monetary policy. In fact in July the Senate passed a highway bill that included a provision to cut the annual “dividend” that all member banks have received from the Fed since its inception. The bill passed despite the strenuous objections of the Fed and the bank lobby. Earlier this month the House overwhelmingly passed an alternate highway bill that would permanently liquidate the Fed’s “surplus fund,” which currently contains $29 billion.

This presents libertarian abolitionists with a golden opportunity to align with Tea Party activists and politicians and left-wing populists and community groups to strike a blow against crony capitalism by promoting a proposal to transform the Fed from a clique of wayward and unaccountable bureaucrats into a branch of the Treasury subject to Congressional appropriations and oversight.