The War on the Young 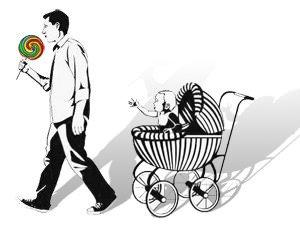 We live in an age rife with oppression. No group of Americans is better aware of this than our nation's youth. Young people today will most likely become the first generation in US history not to surpass their parents' living standards. Consider the increasing proportion of young adults who are choosing to either remain living with their parents, or move back in with them. Rather than seek new opportunities on their own, they are choosing the security of home and hearth at the expense of their future.

Why is this so? There are many hidden causes, all of which corrode the economic prospects of the up-and-coming generation, and enrich a privileged few. This is not an isolated phenomenon. All across the globe, governments have discarded fiscal responsibility in favor of short-term spending on war, welfare, and bailouts.

It's easy to see that this behavior will be costly, but not all groups are equally burdened. Government accounting wizardry and fiat money can hide the decline for a while, but the price must ultimately be borne by those who will inherit the inevitable crisis. The excesses of the older generations will come at the expense of the wealth and opportunity of the younger generations.

Let's examine the American economy: Current estimates of unfunded welfare liabilities are staggering — $107 trillion for Social Security and Medicare alone. The recession and the resulting nosedive in payroll-tax receipts have devastated the current Social Security surplus. The evaporation of this surplus will accelerate the financial implosion of the federal government and drastically increase the tax burden of the populace.

Because these programs are unsustainable, the younger you are, the less likely it is that you will recover the purchasing power lost through taxation. What this amounts to is a massive redistribution of wealth from the young to the bureaucrats and beneficiaries of these systems.

Since many young adults go to college, it's not surprising to find that the government has also enacted legislation under the pretense of assisting college students paying for their tuitions. They do this by providing subsidized loans to students, undoubtedly lining the pockets of the cartelized banking industry along the way.

As Austrian economics teaches us, when the price of a good or service is lowered below the market-clearing price, the demand for this good or service increases. The subsidized interest rates distort the price system and the consumers' rational cost-benefit analysis.

This leads many young people to go off to college who may not have done so if the interest rates were genuine. The higher, market rate might have led students to economize and decide to go to a less expensive university, attend a trade school, or perhaps eschew higher education all together.

The cheap loans discourage students from fully exploring their options and making the best choices given their personal aspirations. Students now know that they can easily obtain a tuition loan and admission into a state-run "community" college without the bother of having to study and do well in high school.

Because of this, we now find many students aimlessly drifting around the system for years, racking up enormous debts along the way, and wasting precious resources on frivolous courses and "extracurricular" activities. This perverse incentive structure has led our higher education system down a path of waste and mediocrity, within which many students are more interested in partying and slacking off than in actually learning anything.

But economic theory has yet another lesson to teach us. Because the supply of students who can afford college is artificially inflated due to the subsidized loans, colleges and universities have found that they can get away with raising their tuitions to stratospheric levels.

"Because the supply of students who can afford college is artificially inflated due to the subsidized loans, colleges and universities have found that they can get away with raising their tuitions to stratospheric levels."

Nevertheless, the students keep on coming, both because the loans are so cheap and easy to obtain, and because the education establishment has an arsenal of statistics and slogans at the ready to describe the huge financial gains to be had from earning a college degree. "The huge debt is worth it," they say. "You'll make it all back after a few years."

At one time this was probably true for most students; but now an increasing number of students are finding that the crushing debt required to attend most four-year universities simply isn't worth it, especially in light of the abysmal job market.

To make matters worse, the recession has prompted many universities to raise their tuitions even higher. According to a new study by the Project on Student Debt,

Data show that for the past few years, around two-thirds of students graduating from four-year colleges had student-loan debt. The average amount these students owe has grown about six percent per year since 2003–04, reaching $23,200 for the class of 2008. For comparison, in 1996, only 58 percent of students graduated with debt, and they owed an average of $13,200.

We have found another looming crisis brought about by the heavy hand of government. Young adults must now spend many years after they graduate working off their debt to a bloated and inefficient education system. Despite the veneer of altruism, it is important to remember that this "assistance" has all been done for the benefit of the bankers, the university personnel, and the bureaucracies that serve them.

Unsurprisingly, the ever-declining value of the dollar also poses a large problem for the economic prospects of American youth. Even short of the hyperinflationary monetary collapse envisioned by the likes of Peter Schiff, John Williams, and Jim Rogers, inflation will soon be a very serious problem in the United States. Consider the enormous national debt (which now amounts to over 80% of GDP), the hopelessly massive federal budget deficit, and the overwhelming level of excess reserves lurking in the banking system. These liabilities will ultimately be financed by either printing money or repudiating the debt. Either of these scenarios will cause political upheaval on a very large scale.

In addition to that colossal problem, young people are prevented from building their wealth by a litany of state and federal regulations that prohibit their behavior and restrict their ability to find long-term employment. Laws dictating the minimum wage and regulating child labor play a significant role in preventing young people from finding jobs.

The minimum wage forbids would-be workers from accepting wages below the arbitrary cut off, and greatly increases the cost of hiring unskilled workers (many of whom are young people trying to pay for college). This results in far fewer of these workers being employed. Last year's federal minimum-wage hike will only exacerbate the youth-unemployment problem and make it more difficult for young adults to become independent.

The infamous "War on Drugs" is another failing program that targets both younger people and minorities. Nonviolent drug "offenders" are predominantly young people who are arrested for possessing small amounts of plant matter. According to the FBI, people under 25 years of age comprise about half of all drug-related arrests in the United States.

The nation's police, prosecutors, judicial agencies, and prison systems benefit greatly from this exploitation. It's far easier for them to concentrate on fining and imprisoning people who are mostly nonviolent thrill-seekers than it is for them to track down and arrest violent criminals like murderers, robbers, and rapists.

Speaking of "war," another point of interest is that military recruiters are increasingly setting up shop on high school and college campuses. They use the seductive promise of a free college education to convince young men and women into enlisting. Even assuming that the recruits' physical and mental health is still intact when they return, they often run into problems retrieving their compensation from the bureaucratic labyrinth.

While the masterminds behind these governmental intrusions are solely to blame for creating these problems, I am disappointed by the generations that came before mine. Americans have known for many years that these programs are ultimately unsustainable. Even if they were not, it is never legitimate to use coercion to pay for the retirements or medical bills of others, for the enforcement of draconian drug and labor prohibitions, or for the subsidization of student loans.

The American baby-boom generation is probably the wealthiest generation of human beings to ever walk the Earth. Even so, they have made little effort to end the subsidies given to them at the expense of their children and grandchildren, nor have they made any attempt to end the oppressive laws that prevent younger Americans from casting off the chains of debt and dependency. No society can remain civilized for long while treating its youth in this manner.

Given the rate at which our wealth and culture seem to be eroding away from beneath our feet, I urge both my elders and my peers to oppose the leviathan state and its cronies at every turn so we can start a new journey toward lasting prosperity.

Brian Foglia holds a BA with distinction in economics from Richard Stockton College.