GET NEWS AND ARTICLES IN YOUR INBOXPrint
A
A
Home | Mises Library | Is the Vitamin Cartel a Threat? A Case Study of Antitrust Failure

Is the Vitamin Cartel a Threat? A Case Study of Antitrust Failure 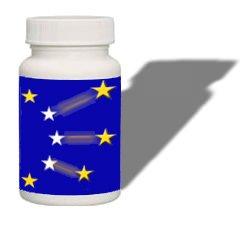 The two main provisions of the EU antitrust law, Articles 81 and 82 of the EC Treaty, regulate business agreements and trading activities in Europe. In this article, these provisions and the vitamin cartel case in 2001 will be discussed.

Article 81 prohibits agreements or undertakings between companies that are considered anti-competitive and makes them automatically void. Such arrangements include direct or indirect price fixing, control of production and technical development, territorial restrictions, applying dissimilar conditions to various parties, and reaching an agreement subject to supplementary obligations. An example of a horizontal agreement between competitors might be agreeing to set a minimum price for their products. A vertical agreement that falls foul of the article might be a retailer selling certain goods exclusively within a particular area.

There are uncertainties surrounding this article. The terms "agreements" and "undertakings" are loosely interpreted. Therefore formal agreements as well as any evidence of arrangements or meetings between competitors (e.g., an oral agreement) are subject to examination or unannounced inspection under Article 81.

In 2001, eight companies were fined more than €800 million for participating in a cartel to eliminate competition in the vitamin sector. Mario Monti, the European Commissioner for Competition at the time, stated that these companies "charged higher prices than if there had been real competition between them, harming consumers and allowing the companies to make illicit profits." The statement could not be more elusive.

What is real competition? According to Dominick Armentano in Antitrust: The Case for Repeal, "Competition is an open market process of discovery and adjustment, under conditions of uncertainty, that can include interfirm rivalry as well as interfirm cooperation." If companies decide to cooperate with each other and share data and information to make a projection for the future, they should be able to do so. After all, they would not exchange information unless it was beneficial. For instance airlines form alliances to enable passengers to collect and redeem miles and points across airlines.

In this vitamin case, eventually thirteen companies around the world shared information with each other. They included successful companies such as Hoffmann-La Roche, the market leader and the first producer to synthesize vitamins A and E, and the only producer of both vitamins until the late 1960s (in 2002 the company sold the vitamins and fine chemicals division to DSM). The commission stated that the idea behind the cartel was to freeze the market shares in vitamin supplies at the 1988 level among companies. The companies seemed to be happy with the arrangement as some could protect themselves during a downturn. In 1994, there was a rapid increase in demand for vitamin E for human consumption (para 225). Rhone-Poulenc, one of the companies involved, had to revise its production accordingly. If, however, the increase did not give Rhone-Poulenc its 16% of the market production that was previously agreed upon, other companies would purchase goods from Rhone-Poulenc to compensate for the shortfall. Therefore these companies voluntarily entered into agreements with their competitors, as it was preferable to do so.

The raison d'être of Article 81 is the claim that such agreements and concerted actions harm consumers as they eliminate competition. Hence Monti's use of the term "illicit profits." This case was not unique to the European Union but was subject to antitrust laws around the world including the United States, Canada, and Australia. The arguments of competition authorities and emotive journalists have been more or less the same: innocent consumers have been victims of "some of the world's most powerful companies secretly orchestrating the conspiracy." A class-action lawyer in Canada even said that "Every single consumer in Canada …has to be compensated, because a wrong was committed." Yet how does anyone know what the price would be if there had been "real competition"? That particular price has to be known in order to figure out "illicit profits," presumably meaning those earned by setting prices above the "real competition price."

On the US case, Lew Rockwell commented in 2000: "there is no way to tell what the correct price for vitamins should be apart from real-life market settings." No one is capable of master calculation of right prices except entrepreneurs who, after putting out their products in the market, leave their success or failure to the hands of consumers. For instance, there is hot chocolate powder, which contains nine different vitamins. Consumers don't check the contributing costs of those vitamins; they only check how much the powder is per unit (500g, for example) before deciding whether or not to buy some. It is immaterial to them how much the producer has to pay for each vitamin ingredient. Likewise, the hot chocolate producer decides how much he is willing to pay for each ingredient. Therefore it is not convincing to claim that consumers have been harmed as they willingly purchase these goods. Until the investigations began, hardly anyone claimed that the price of vitamins had soared over the years due to the cartel because vitamin prices simply have not increased sharply.

One objection against the article based on legal grounds is that it disregards the privity of contract between parties. In order to maintain a sound business relationship, parties enter into an agreement voluntarily. By enacting competition law, businessmen must pay close attention to actions of those who are not party to the contract. To avoid any invalidity in the future, businessmen will want to know, before entering into an agreement, if the commission approves of such an agreement, disapproves of it, or approves of it only on certain conditions. Effectively, the commission disrespects the ability of companies to enter into a business agreement voluntarily. Furthermore, anyone not a party to the agreement, who considers himself a victim (e.g., consumers, other competitors), can bring an action against those who are parties to the agreement. The implication is that parties to the agreement face arbitrary contention and hefty fines or damages, potentially for any agreement they make.

Certain cases are exempt from Article 81. If the companies in question are small and have "no effect" on intra-EU trade, they will not be subject to the provisions under Article 81 (de minimis). Also if companies collaborate for a research and development purpose, they are exempt.

In addition the commission will be lenient to a company that cooperates with commission investigations or blows the whistle on a competitor with whom it entered into a collusive agreement. If this is the case, a malicious company could enter into an agreement with its competitor with the specific goal of reporting to authorities so as to inflict damages on that particular competitor.

A company is often said to have a dominant position when it has over 40% of the market share. This in itself is not a contravention of Article 82. How do we know what the relevant market is?

If a company makes chocolate, the following might be considered: Where is the chocolate mainly sold? Are there close competitors? Does the company have its own distribution network? Does it have favorable access to raw materials compared to its competitors?

The commission might define the relevant market as a confectionary market in Europe or it can be narrowly defined as a luxury chocolate market in England.

Once the market is defined and the dominance determined, the commission looks at any behavior that might be considered abusive. Examples are overcharging customers, predatory pricing, barriers of entry to competitors, and making the sale of one product conditional on the sale of another.

According to the commission report called EU Competition Policy and the Consumer, "dominant companies have the economic strength to act without having to take account of either their competitors or their consumers." This is false. All companies are subject to close scrutiny by consumers. A company that used to thrive can collapse if consumers are not satisfied. Consumers have no obligation to purchase goods made by certain companies in a free market. No company is immune to ever-changing consumer tastes. Some may seem indestructible precisely because managers are able to adapt to various situations and endeavor to continue making profits.

One might wonder what would have happened had the vitamin companies not shared information with each other. Hoffmann-La Roche was said to have a world vitamin market share of 50% and its range was the widest of all vitamin products. The commission could have begun an investigation under Article 82 for the company's dominant position, but it was accused instead, under Article 81, of raising the prices of vitamins. If the company ever decreased its prices, it might have been accused of abusing its dominant position to drive out competitors through predatory pricing.

The EU antitrust law leaves many businessmen in a fog. It is difficult enough satisfying fickle consumers. On top of that, they have to devote a lot of time and resources into complying with regulations that in fact hamper competition in markets. The regulators are effectively saying that they know more efficient ways of organizing markets than those who actually buy and sell. As a person with no experience of running a restaurant, if I told a restaurant owner how much meat and vegetables to buy per day, how many bottles of lemonades to buy, how many waiters to hire and so on, it would be disastrous. Such knowledge can only be gained through experience and no super calculation can compete with that.