The Verge of Ruin | Mises Institute
Skip to main content

The Verge of Ruin 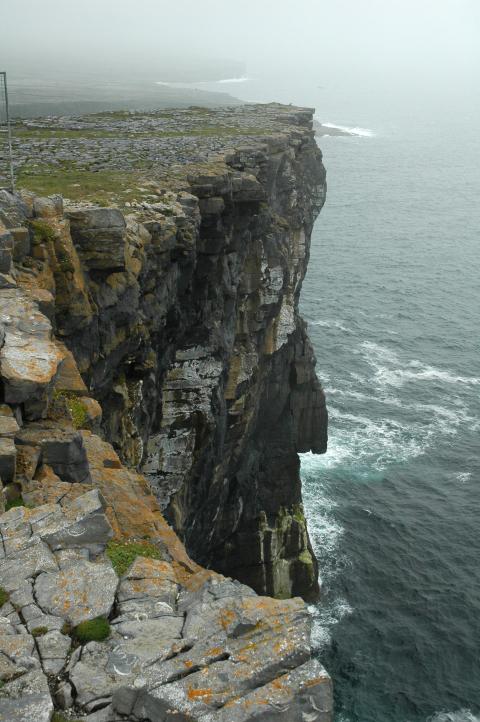 In a hard-hitting address first given to the American Statistical Society back in 1934, Fritz Machlup laid out the crucial concept of capital consumption for his audience. (Review of Economic Statistics, Volume 17, Issue 1, January 15, 1935, pp. 13-19.)

Machlup looked at what factors might induce entrepreneurs to divert funds normally earmarked for the replacement, or expansion of their holdings of materials, plant and equipment, into consumptive uses. This list--enumerated at the height of the Great Depression--is depressingly familiar to one we could compile today.

Miscalculation due to Inflation

This is something which everyone buying into the stock market this year must watch closely, as must those speculating in the housing bubble and gearing up against its inflationary gains by taking out notional "equity" to spend.

It is not only our American contemporaries who are proving adept at this game: what we here call "mortgage equity withdrawal" has amounted to £77 billion in the past 3 ½ years and not only more than accounts for the aggregate trade deficit of £66 billion in that time (a measure of how overtaxed domestic productive resources are), but for fully three-quarters of the concomitant increase in aggregate household spending.

Machlup himself gives the example of a commodity speculator who invests in an initial tonnage of, say, copper and who keeps making money as it appreciates in price, repeatedly spending half on fine living and reinvesting the balance.

As the price of the material progressively rises, the speculator is able only to buy a correspondingly lower weight of metal each time he does so, until the spiral leaves him at last with the means to purchase only a few pounds of it. He has no doubt enjoyed the ride tremendously, but he has also now exhausted his capital.

Summing up, Machlup tells us that: "profits due to an increasing price level are only fictitious. If they are consumed, capital is consumed."

Bear this in mind as today's corrosive monetary overhang continues to eat its way through the girders of the productive structure, inevitably boosting at least some income streams—in nominal terms—along the way.

This might seem a little inapposite in the face of the overblown fuss about the Bush administration's much-vaunted tax cuts, but that would be to lose sight of the fact that state and municipal tax rises may well more than offset any immediate benefit accruing from the lightening of the Federal burden—ask property owners (and, soon, commuters) in the Big Apple, or stay tuned for California's coming Gray's of Wrath program.

In the , of course, we know all about tax increases under the Neuearbeitspartei and we are bracing ourselves not only for a round of payroll tax hikes in April, but also a potentially novel scheme of redistributive property taxes to further penalize the suburban Middle Classes in the South of England.

Nor would this seem alien to our German friends, famously being asked to give Schroeder's hapless coalition the very shirt off their backs in order to pay for the failing corporatist welfare structure of post-Erhard Deutschland.

As Machlup put it: 'While income tax snatches the profits after they have come into existence, other kinds of taxation increase costs of production and, therefore, may prevent profits from coming into existence'

This is the downside to the wave of collectivist spending being perpetrated almost without exception across the globe. Dimly aware of the looming dangers to the budget in the , the press is now suddenly awash with stories of a prospective $350 billion deficit this year—blithely ignoring the fact that public debt outstanding has already risen by 13.3%, or $750 billion, in the past nineteen months, a rate of nearly $12 per household per day!

Furthermore, from the cycle maximum which occurred just before the profits collapse of 1998, almost one in eight manufacturing jobs has since disappeared, for a total loss of 2.4 million—equivalent to displacing the total population of Pittsburgh—while, simultaneously, nearly one in twelve of the current total of government jobs came into being, for a gain of 1.7 million new drones in the hive.

Consider, too, the  where the ratio of government expenditures to the gross operating surplus of non-financial corporates has risen from 57% to 62% in just two years, and where the relative size of the public sector payroll has ballooned 30% from 141 per 100 manufacturing workers to 183 since RobespiBlaire moved into No. 10.

In Australia, a government budget recently forecast to be in surplus to the tune of A$890 million at the end of November, actually registered a deficit of $1.43 billion, mirroring an external position which has swung from a surplus of A$655 million to a deficit of A$1.1 billion in 16 months—a deterioration, amid a familiar housing- and auto-led credit boom, comparable in scale and pace to that experienced in the aftermath of the Asian Contagion.

A comprehensive list of such instances would become exhausting, long before it became exhaustive. So, to sum up the damaging Keynesian orthodoxy all too prevalent at present, let us conclude with the case of France where, in a GOP-style display of economic illiteracy, President Jacques Chirac popped up to give his New Year address to  journalists:

"When growth is slow, it isn't the time to enter into restrictive budgetary policies. The economic outlook requires, by contrast, that we support growth, to continue reducing taxes and charges in order to stimulate activity," he said, though he paid lip service to the need for spending control.

This last was, in fact, little more than a sop, aimed at an increasingly irate EU Commission, which warned only on Wednesday that France's deficit risks topping 3% of gross domestic product in 2003—the limit set by European budget rules.

Giving the lie to their intent to exercise any degree of real abstinence, government spokesman Jean-Francois Cope reiterated that while France intends to adhere "scrupulously" to its European commitments, the government has to reconcile those commitments "with the pledges it has made to the French people."

Or, in plain language: "Mais, certainement, mes amis, we'll stick by the rules—just as soon as we've finished using taxpayers' money to buy us enough votes to stay in power."

Machlup summarized this ineluctable process of increasing the costs of production with mordant wit:

"The numerous friends of public expenditures… reiterated every day the high productivity of these... public works. I doubt by which indexes one should measure this productivity; by the increase in unemployment; by the decrease in profits; or by the steady decline in the capital stock…"

Again this may seem at odds with mainstream perceptions, but it is evident that today's labor market is not clearing in a worrisome number of countries and we must ascribe this at least partly to wage costs, as well as to the ongoing imposition of regulatory burdens in the name of 'workers' rights', all of which impinge, of course, upon the property rights of the owners and employers of capital.

Thus, even in the , while aggregate manufacturing hours have plunged 14.8% from the July 2000 level, hourly earnings have risen 7.1% there and by 9.6% in the service sector.

"Forcing up wage rates forced up unemployment, but why should it lead to capital consumption? Because of the simple fact that industries do not shut down before the losses from operations considerably exceed the losses from non-operation. This means industry goes on producing at a loss, consuming its capital by borrowing or by omitting renewals (of depreciation)."

Ford and UAL spring very much to mind today, as do all those mishandled Delaware Chapter 11 'Return of the Living Dead' cases.

Double taxation or no,  non-financial corporates have shelled out 118% of after-tax profits in the past seven quarters, amounting to a $116 billion diversion of their depreciation allowances to more consumptive ends.

Why, in such difficult times, are they dissipating their resources in this manner? To keep

Wall Street
happy, of course, as well as to maintain the existing boards of directors and claques of executives in the Lear Jet luxury to which they have become accustomed.

Government bail-outs, subsidies, and protective measures are as rife today as they have ever been, while bank support is being extended across the globe from Asia, through Europe and the UK and into the Americas—whether overtly, as in the case of Japan, or by implication, as in the case of firms (and individuals) able to borrow for survival at our patently artificial, low rates of interest.

That none of this helps promote a necessary re-ordering of human and physical resources, but rather prolongs the agonies of the market, is a lesson that should not need repeating here.

Here we return briefly to what is still perhaps the most contentious issue of the day, but we can only re-emphasize that diverting resources away from higher-order producers towards consumers—indeed, to credit-empowered overconsumers—does not magically drag products out of the ground, off the assembly line and down from the warehouse shelf, sustainably and profitably, as standard macro-economics tries to persuade us.

Rather, it diverts resources away from any possible reproductive use—where they might give rise to a steady diet of nourishment over time—and towards their dissolution in an unrepeatable, if immediately gratifying, nose-first plunge into the trough.

A rough idea of the scale of the losses in Machlup's day was estimated by Oskar Morgenstern (of Game Theory fame) by taking the market capitalization of Austrian companies before the war and adding their ensuing equity issuance, adjusting for inflation (hyperinflation at one point) and comparing the sum with its value at the peak of the crisis of the Continental collapse in 1931, but we have since learned to be suspicious of stock market valuations as representing any rational yardstick of worth and productive capability.

Though still subject to distortion through the trickery of modern accounting practice and all manner of off-balance sheet chicanery, using US aggregate net worth might be a better gauge, therefore, and we can attempt to adjust for changes in the dollar itself either using the Median CPI, or via a more traditional yardstick—the capital's gold weight equivalent.

On the first of these measures, the past seven quarters has seen a 10% depletion—the worst for a decade, but it is in gold terms that the losses look even more stark, dropping 29%, the steepest fall since 1980, or by 10 billion ounces, the worst since the first Oil Shock of 1973.

Sadly, few of the incentives to this wastefulness have been even mitigated, much less removed, and so entrepreneurs everywhere continue to face an uphill battle to create more wealth than Finance Ministers and Fiat Bankers can simultaneously destroy.

Let's leave the final say on the matter to Machlup as he reveals, from his vantage seven decades ago, what might be our fate if we persist in our present folly. Check off his points for their relevance today as you read his sardonic conclusion.

"After all these achievements, she was on the verge of ruin."