Is the US Still a Good Risk? | Mises Institute
Skip to main content

GET NEWS AND ARTICLES IN YOUR INBOXPrint
A
A
Home | Mises Library | Is the US Still a Good Risk?

Is the US Still a Good Risk? 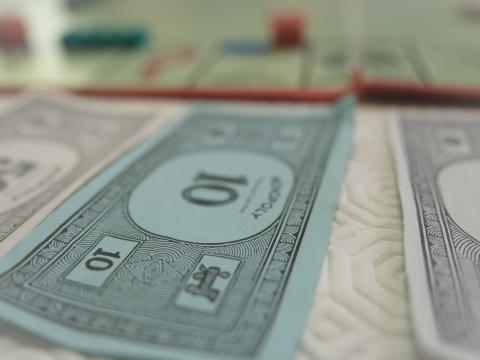 Imagine that, here in Switzerland, two sets of neighbors come to hold very different views about how they should live.

In the first—Ouestville, we shall call it—the people start to live in a manner a little more grand than their incomes can support.

They habitually trade with their neighbors in Ostdorf but they also display a far greater appetite for the goods produced there than the Easterners show for their wares in return, in part because they are not as productive and so their goods are both fewer in number than they might be and also more costly than their quality deserves.

Rather than going home empty-handed, however, the Westerners make up the shortfall between what goods they can sell and what they wish to buy by paying for the surplus out of their reserves of cash, slowly draining their savings as they do.

At first, in Ostdorf, this has little impact. But gradually, as the townsfolk accumulate more and more francs, they find they have no more on which to spend them. Soon enough, more money begins to chase the same amount of goods and services and so both prices and wages start to rise.

Over in Ouestville, meanwhile, the increasing shortage of ready cash is also beginning to bite.

Here, less money is chasing the same amount of goods and services produced at home—meaning prices are falling—while the erstwhile hunger for Ostdorf's  goods is being tempered somewhat by the fact that they now cost more of that precious cash to buy.

It should be clear where this will eventually lead.

Not only will cash-rich Ostdorf's sales to cash-poor Ouestville start to diminish, as higher prices meet with lower demand, but Ouestville's currently produced goods will start to look more attractive to the affluent Easterners when measured against their newly-acquired surfeit of money.

Increasingly, any gap in physical productivity between the two towns—a tangible factor worsened by the two towns' varying thirst for instant material gratification—will be outweighed by the very different costs of labor and other resources which will prevail in the now inflated East and the currently deflated West.

Thus, even before anyone from Ostdorf puts his capital to use alongside Ouestville cheaper labor and so starts to improve the output achievable there, value productivity—i.e., the realized revenue generated per unit of cost—will have long since equalized and the comparative advantages of trade will be restored.

In short, therefore, any trade gap between the two will tend to be self-limiting, not only in spite of their being no active government policy to that end, but even because of that absence.

What we have described here, in essence, is the way the old pre-Great War classical gold standard—that friend of liberty, free trade, and limited government—used to function. In the gold standard days, there were precious few privileges, exorbitant or otherwise.

Nevertheless, even though we can pick out the logical consequences of what must transpire under this schema, this does not imply that we are able to say anything about the speed of the adjustment.

In particular, this dénouement can be postponed if the burgers of Ostdorf choose to accept the Ouestvillans' IOUs, instead of demanding cash from them.

Effectively, they would be saving, deciding that they would rather have goods in the future, when Ouestville settles the debt, rather than the goods to which their money theoretically entitles them today.

Such a form of saving cannot be criticized for its own sake as it will certainly forestall Ostdorf's inflation and Ouestville's deflation, but it is, nonetheless not to be overindulged in without regard for the long-term consequences.

This is because if nothing subsequently acts to shake the people of Ouestville from their overspending ways, if they fail to accumulate capital needed to improve the material proficiency with which to discharge these debts—at the same time that they start to satisfy more of their own, ongoing needs—these IOUs will, in turn, come to look less and less likely to be repaid in full.

Thus, the Ostdorfians will grow correspondingly reluctant to extend any more of this form of credit for fear of adding to what already seems like a certain prospect of loss—of increasing the total of savings already squandered.

This may seem all very simplistic, yet, in principal, there is no difference between the way the two towns of our little fable conduct themselves and the way matters could (and, to a large extent, used to) work in the real world of nation states.

Nor does it matter that the real world has to function in a way made more complex by the existence of more than two counterparties.

If the tailor runs an habitual "trade deficit" with his butcher, that good soul runs one with his accountant.

The same accountant likes his tipple and so chalks up a deficit with his wine shipper, a man who, in turn, enjoys all the latest fashions and so incurs a regular deficit at the tailor's.

No one directly swaps goods with the other, certainly not in any exact measure, but the division of labor still means that everyone indirectly eats as much as he cooks, or, rather, he dines off an amount proportional to the differently prepared dish he himself manages to sell.

So it should be between the United States, the British, the Europeans, the oil producers, and the Asians.

To a certain extent, over the past few years, the second of the scenarios above—where loans from net seller to net buyer have bridged the gap in exchanged goods— is what has been played out and, as a result, we Anglo-Americans have seemed to prosper all the more only because the Asians and others have entrusted us with their precious savings.

For a long while, they have bicycled the weary distance to work over pot-holed roads and then sweated long hours in their factories, in order to send us the goods we want at a price low enough for us to be able to afford them.

Then, they have set aside an eye-watering twenty, or even thirty, percent of what seems to us an incredibly low wage to begin with and they have promptly remitted the proceeds to us, so that we have had no compulsion to stint ourselves when it comes to the good things in life.

Were they concerned, do you think, that we should not have had to wait until we had saved a substantial deposit to buy ourselves a house—one of a size which must have looked like a whole apartment block to these thrifty tenement dwellers?

Did they worry that we might not otherwise have had a third car for the weekends, but that our children might actually have had to walk to the end of the block to watch the latest DVDs in their friends' playrooms?

Did they appreciate that it hardly mattered to us that last year's designer suit was still perfectly serviceable, for we Westerners would suffer a severe psychic trauma if we were not clad in this year's style instead?

We have no doubt that each good citizen in Asia is as compassionate as the next man, but we also suspect they didn't look quite so charitably upon our indulgences as their actions seemed to suggest.

What they were trying to do was to build up a nest egg.

Many of our unwitting benefactors do not enjoy the socialist benefits of state-run intergenerational plunder of the kind we have as a back-stop in our old age.

Many have no insurance against illness or unemployment, other than what little cushion they themselves can set aside in the good times.

Many aspire to run their own businesses and so put money aside, hoping it will one day provide the seed capital with which to start up as novice entrepreneurs.

So, be assured, when they lent us their money, or when they bought stakes in our companies, they were assuming that we clever, advanced, diligent Westerners would use these funds more wisely, more honestly, and more profitably than they were currently able to do at home.

What a shame that both published statistics and prevailing comment show that we have heartily disabused them of that notion!

What a pity that our own perverted forms of finance, our own human failings, and our own cynical political opportunism have persuaded increasing numbers of these foreign creditors that we no longer represent a good risk.

Bad debtors like we are usually come to regret not discharging their debts honorably.

Our fate—of having no choice but to buy more expensive goods, especially commodity goods—may be visited upon us as soon as our creditors realize that lending into arrears, where no collateral is offered, is simply a banker's euphemism for the act of throwing good money after bad.