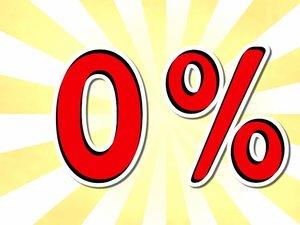 In a dynamic economy, an action not only triggers just one effect, but always an entire series of different consequences. While the cause of the first effect is easily recognizable, the other effects often occur only later and no such recognition occurs. Frédéric Bastiat described this phenomenon in 1850 in his ground-breaking essay “What Is Seen and What is Not Seen”:

In the economic sphere, an act, a habit, an institution, a law produces not only one effect, but a series of effects. Of these effects, the first alone is immediate; it appears simultaneously with its cause; it is seen. The other effects emerge only subsequently; they are not seen; we are fortunate if we foresee them …

There is only one difference between a bad economist and a good one: the bad economist confines himself to the visible effect; the good economist takes into account both the effect that can be seen and those effects that must be foreseen. Yet this difference is tremendous; for it is almost always the case that when the immediate consequence is favorable, the later consequences are disastrous, and vice versa. Hence it follows that the bad economist pursues a small present good that will be followed by a great evil, while the good economist pursues a great good to come, at the risk of a small present evil.

A similar phenomenon can be seen with the consequences of artificially suppressed interest rates and monetary stimulus: in the short term, they appear to have positive effects, the long term effects are, however, disastrous. If one studies these processes closely, it becomes clear that the underlying problems cannot be solved by global zero-interest-rate policy (ZIRP), but that this instead undermines the natural selection process of the market.

With artificial stimulus like ZIRP, we only end up with a situation in which governments, financial institutions, entrepreneurs, and consumers who should actually be declared insolvent all remain on artificial life support.

In line with Bastiat’s thoughts, numerous fatal long-term consequences of zero-interest-rate policies can be identified, but are generally ignored:

Conventional monetary policy — that is, the promotion of credit creation by lowering interest rates — reaches its limits once the “zero-bound” is reached. In order to continue the spiral of stimulus, “unconventional monetary policy” becomes ever more important. The multitude of “newfangled” monetary policy measures is seemingly only limited by the imagination of central bankers, whereby recent years have shown that central bankers can be extraordinarily creative. That this phenomenon is nothing new, is inter alia shown by this observation by Ludwig von Mises in 1922:

But an increase in the quantity of money and fiduciary media will not enrich the world. … Expansion of circulation credit does lead to a boom at first, it is true, but sooner or later this boom is bound to crash and bring about a new depression. Only apparent and temporary relief can be won by tricks of banking and currency. In the long run they must lead to an all the more profound catastrophe.