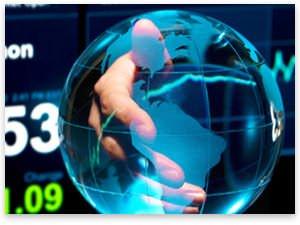 The Only International Economic Policy That a Country Needs: "Mind Your Own Business and Set a Good Example."

The international economic scene is dominated by state interventions at all levels. Daily we read of disputes over exchange-rate manipulation, protectionist tariffs followed by retaliatory tariffs, highly regulated free-trade blocs that erect trade barriers to nonbloc nations, bilateral trade agreements, and more. For instance, Great Britain is a member of the European Union (EU) but not of the European Monetary Union (EMU), meaning that it abides by all the regulations and pays all the assessments to remain a member of the EU in order to trade freely with the other members of the 27-country EU. But it does not use the common currency, the euro, which is used by only 17 of the EU members. British industry chafes at the many seemingly meaningless and bizarre regulations that raise the cost of British goods just so Britain can trade freely within the EU. Some regulations are so onerous that some British manufactures will be put out of business. The pro-EU faction in Britain, such as the leadership of the three main parties — the Conservatives, Labour, and the Liberal Democrats — recognizes the damage but proposes to lobby for special exemptions on a case-by-case basis. The anti-EU faction, led by the United Kingdom Independent Party (UKIP), wants Britain out of the EU entirely, arguing that the cost of membership is too great and that the loss of sovereignty is unconstitutional. The same debate can be seen within every EU nation to some degree.

By now everyone is aware of the euro debt crisis — that is, that many members of the EMU are massively in debt. Lower borrowing costs and the ability of members to monetize their debts through the European Central Bank (ECB) by way of their captive national central banks created incentives that proved too powerful for governments to resist, so they embarked on profligate spending programs at the governmental level and enjoyed, briefly, a property boom that has come crashing down. Their way out of this mess is unclear. Some economists propose raising taxes and cutting programs, commonly called "austerity." Others have called for these countries to leave the EMU, reinstate their own national currencies, and devalue against the euro, supposedly to restore "competitiveness." Others have called for outright default on their euro-denominated debt.

The common assumption behind any discussion of these debates and crises is that a country cannot stand alone in the world and needs to negotiate trade and monetary terms with its trading partners, who may require the country to adopt measures that are antithetical to its interests. Is this really the case? Is it possible for a nation to free itself from all international agreements, manage its own currency as its sees fit, and trade robustly with the rest of the world?

No Country Can Harm Another Economically without That Country's Consent

In order to accept the wisdom of international noninterventionism in economic affairs, one must understand that no country (or bloc of countries, such as the EU) can harm another economically without that country's consent, meaning its tacit compliance. In other words, a country can adopt its own trading and currency policies and need not be influenced or harmed by the actions of any other country. But first of all, we need to understand the definition of "harm."

In his book No Harm: Ethical Principles for a Free Market, Dr. T. Patrick Burke explains that harm consists only in physical harm or the threat of physical harm. It is not characterized by discrimination or a demand for special trading terms. The most common example of real, physical harm is war. War destroys the assets of others. Likewise, blockades cause real harm, because the blockaded nation is threatened by the destruction of its outgoing or incoming goods. Because it does not choose to fight to break the blockade or is powerless to do so does not mean that it is not harmed. However, a refusal of one country to allow its citizens to trade with another — for example, the EU's recent restriction on its members that prevents them from importing Iranian oil does not harm Iran. An internal example would be for a person to refuse to trade with a local merchant, due to some personal disagreement. That merchant is not harmed by the trade that he does not enjoy. Dr. Burke explains that the victim of discrimination is left in the same position as before the act of discrimination and that no nation or individual can claim to be entitled to the trade of another.

In fact the discriminating nation or person causes himself some extra cost and, therefore, harms only himself. Consider that an individual most likely must travel farther and pay more for goods or purchase inferior goods that he refuses to buy from his local merchant with whom he is feuding. At the nation-state level the European Union harms its own citizens, for they must pay more for oil, buy inferior oil, or suffer some kind of inconvenience. Otherwise, why would they have purchased Iranian oil in the first place? One could even go so far as to say that the EU wages war against its own citizens and not against Iran, for, undoubtedly, there are police sanctions that the EU would employ against its members for violating the Iranian trade prohibition that must rest on the threat of violence.

Regulatory and Monetary Interventions Harm Only Those Who Impose Them

I will continue to use the EU case as illustrative of my thesis that a nation cannot be harmed except by its own consent. The EU has adopted many onerous regulations on trade in goods and services with which its members must comply as a condition of EU membership. The EU has erected trade barriers for many goods and services against non-EU members. For example, the EU prohibits the importation of most agricultural products from Africa. Either there is an outright prohibition against importing African foodstuffs or the African nations cannot comply with complex and onerous regulations such as the prohibition against genetically engineered food. A country that wishes to trade with the EU either complies with EU demands or must find buyers elsewhere.

This practice does not fall into the Burkean definition of harm as regards Africa. It does, though, constitute harm to citizens of the EU. African countries are left in the same position as before: remember, no one and no nation has an entitlement to the trade of others. But we must assume that the EU prohibits African foodstuffs because its citizens would have purchased them in the absence of the prohibition; otherwise, the prohibition would not be necessary. Therefore, the EU regulations or prohibitions against the importation of African foodstuffs harm only EU citizens themselves. The African nations are perfectly free to pursue sales elsewhere in the world, although it is true that their standard of living would have been higher without the EU regulations and prohibitions.

The same is true of currency interventions. The United States has complained for some time that China intervenes in its own currency markets to hold down the value of the yuan in order to increase export sales. The US position wrongly claims that it is harmed because domestic companies lose sales to cheaper Chinese goods. But this is wrong. Viewed from the standpoint of justice, domestic companies do not have an entitlement to domestic sales. And viewed from a practical standpoint, America enjoys an outright subsidy from China. China sells the United States goods below cost and causes its own citizens to suffer higher prices; that is, higher Chinese domestic prices are caused by its currency intervention that gives American importers more yuan than the free-market rate, which is based on purchasing-power parity. As I explained in a previous essay, currency interventions to spur exports are paid by the exporting country's own citizens in the form of higher domestic prices. Should America foolishly prohibit the importation of Chinese goods, either by quotas or tariffs, it would cause harm only to its own citizens, who would be forced to pay higher prices, in addition to other economic dislocations.

The only international economic policy that a country needs is to mind its own business and set a good example to the rest of the world. A just economic policy for a free and prosperous nation would be based on the twin pillars of unilateral free trade and nonintervention into its own markets. This means a complete elimination of domestic regulations that attempt to set quality and safety standards (for the market will do that by itself) and complete abdication of manufacture and management of money.

It does not need to join a trade bloc or negotiate trade terms with other nations. If a trade bloc such as the EU sets import standards different from one's own domestic standards, each exporting company can decide for itself if the rewards for meeting the importing bloc's standards warrant the extra cost. It is not an issue for the exporting nation's government to decide. Furthermore, the exporting nation does not have to concern itself about importing from a country or bloc of countries that refuses to accept the exporting nation's goods in return. After purchasing goods from the protectionist nation or bloc of nations, that nation's currency will find its way back into its economy in the form of export demand from some other nation that accepted the currency in payment for some other good or service or it will receive a capital investment. If the currency never finds its way back to the nation that adopted unilateral free trade and is held indefinitely in the coffers of some foreign bank or central bank, that nation has simply been on the receiving end of a gift. An analogy would be that of a friend or neighbor who sells you something and then never cashes your check.

Prosperous nations have always been great trading nations, for they benefit from the expansion of specialization to a wider and wider extent. Robust trade depends on freedom to trade with the world under mutually agreeable terms of those participating in the trade, not on governments. All trade, especially international trade, depends on an internationally accepted medium of exchange. The most accepted mediums of exchange throughout the world are gold and silver. This acceptance is not based on government coercion but on market acceptance. Those wise statesmen who wish to see their nations prosper will adopt unilateral free trade, laissez-faire capitalism, and sound money. International cooperation among governments is not required; the market (meaning the people) will do the rest.