Last month, I attended the 19th annual State Policy Network conference in Seattle, Washington. Although the conference was informative and enjoyable, I took home a different lesson on free-market enterprise. This was my first trip on an airplane since President Obama upped the intensity of the screening process the Transportation Security Administration uses on passengers.

Since the new, enhanced screening procedures have been implemented, the TSA has foisted many horrific indignities upon passengers under the guise of "public safety." These include a 94 year old woman forced to stand for examination, a terminal cancer patient asked to remove her adult diaper, and even the breaking of a urostomy bag during a pat-down which left a bladder cancer survivor covered in his own urine. According to Thomas Sawyer, the man whom the TSA left humiliated and covered in his own pee, "I tried to warn him (the TSA officer) that he would hit the bag and break the seal on my bag, but he ignored me."

These abuses of civil liberties aside, what really stuck out about the TSA screening procedure was not the humiliating and dehumanizing nature of the process, but the complete waste of labor utility. While standing in line waiting my turn to step into the possibly cancer-producing scanner, it was hard not to notice the abundance of personnel running the screening operation. TSA officials directed people at each gate, gave instructions on how to ready items to be scanned, intensely observed monitors on the scanning machines, and moved storage bins from behind the scanners to the front. A TSA agent performed every small and menial task available.

Now in the operation of a private business, this is not a problem to anyone but those in charge who must weed out costs in order to turn a profit. Consumers may dislike the service or cost of such operations, but they can choose whether to keep patronizing said business. When it comes to the government, however, consumers are not given the luxury of such a choice. Though the TSA may arguably increase travel safety to some degree, it does so inefficiently. The TSA is essentially used as a government make-work project. If airports were privately run and had to turn a profit, one can only imagine the innovations that could develop to expedite the security process. Just look at what deregulation of the airline industry did in the late 1970s and early 1980s. Murray Rothbard explains:

Airline deregulation began during the Carter regime and was completed under Reagan, so much so that the governing Civil Aeronautics Board (CAB) was not simply cut back, or restricted, but actually and flatly abolished. The CAB, from its inception, had cartelized the airline industry by fixing rates far above the free- market level and rationed supply by gravely restricting entry into the field and by allocating choice routes to one or two favored companies. A few airlines were privileged by government, fares were raised artificially, and competitors either were prevented from entering the industry or literally put out of business by the CAB's refusal to allow them to continue in operation.

One fascinating aspect of deregulation was the failure of experts to predict the actual operations of the free market. No transportation economist predicted the swift rise of the hub-and-spoke system. But the general workings of the market conformed to the insights of free-market economics: competition intensified, fares declined, the number of customers increased, and a variety of almost bewildering discounts and deals pervaded the airline market. Almost weekly, new airlines entered the field, old and inefficient lines went bankrupt, and mergers occurred as the airline market moved swiftly toward efficient service of consumer needs after decades of stultifying government cartelization.

There is no reason these same principles can't be applied to airline security. No business wants the blood of a deadly crash or hijacking on its record. Such would mean a blemish on its record and a substantial loss of market share. At the same time, private airports would not waste money on inefficient personnel positions. A balance between efficiency, safety, and overall productiveness would be aggressively pursued. Like all market operations, equilibrium is never truly reached, but its pursuit yields results that satisfy customers and raise the standard of living for all those involved.

When it comes to the TSA, Americans have become complacent in the degrading treatment they are forced to experience in order to fly. As the abuses continue however, public outcry will only increase. Yet the worst part of the TSA isn't the civil-liberty violations; it is the squandering of taxpayer funds for an operation that could be adequately provided through private firms. The use of airplanes and flight has brought about incredible advancements in transportation, communication, division of labor, and overall productivity. Increased mobility of the citizenry and increased mobility of capital always pose a danger to the state. The threat of foreign attacks has only increased the parasitic notion that such advances in human life must be controlled by our "leaders." Resources are funneled from the productive private sector to fund inefficient jobs that both grow the size of government and guarantee votes. 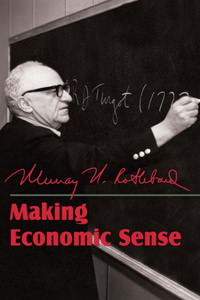 While TSA abuses are visible, the good economist always considers what is unseen. The TSA remains a drag on fast and effective air travel. The damage done to the public's most valuable resource, time, differs for each individual but is assumed to be sizable. The TSA aggregated this wait time to be about 15 minutes in 2006 but has ceased publishing statistics since the new screening measures were adopted and now recommends passengers arrive two hours before their flight. The state expands control; consumers lose sovereignty; and the flow of commerce is disrupted. Remember all this the next time your naked body is observed by a government official who claims to know how best to "protect" you.