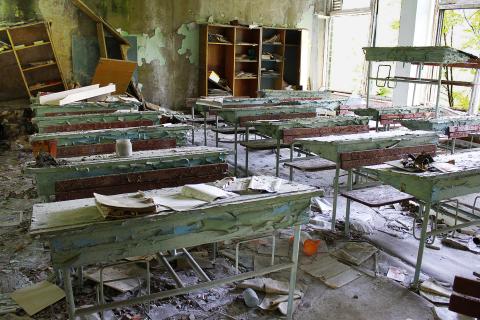 Education vouchers have become one of the hot points of the current political campaign, and supposedly they pit the liberal Democrats against the Republican conservatives. Liberals argue that vouchers will harm public education, while conservatives believe that a voucher program is a key to improving education opportunities to children from low-income families. As is typical of the current political morass, both sides are mostly wrong.

Most voucher opponents fall into one of two categories. As mentioned earlier, those in the first category see vouchers as a threat to the status quo of public education, as they fear that many parents would choose to enroll their children in private schools once they had the money to do so. On the other hand, those who fit into the second category see vouchers as a Trojan Horse, a mechanism through which government authorities would be able to regulate private schools.

As one who believes public education is flawed beyond decent repair, I would welcome any development that would hasten the end to this monster that infringes upon our liberties while mostly draining our wallets. In other words, if I believed that vouchers would truly bring down the public school establishment, I might consider supporting them, my fears included.

However, while those who recognize vouchers as a Trojan Horse, while correct, miss a larger and more important issue. Vouchers are nothing more than another rendition of Oskar Lange’s "market socialism." They are an attempt to "play market" using socialist hardware, something that did not work in the Soviet Union and something that would ultimately fail here.

The first real champion of vouchers was Milton Friedman, who broached the idea in his 1962 book Capitalism and Freedom as a way to create a system of incentives that would increase educational opportunities of American youngsters. He later replayed that argument in his popular Free To Choose, which was a best seller along with being a well-liked series on the Public Broadcasting System. Vouchers, he argued, would create a competitive market that is currently dominated by the monopolistic government school system.

Friedman’s criticisms of public schools are mostly accurate. Public schools are an intrusive and unwieldy monopoly, and like all true government monopolies, public schools are a failure when it comes to giving children an education. To fight this monopoly problem, Friedman and others, especially the neoconservative editorial writers for the Wall Street Journal, argue for a voucher system. They declare that by allowing each family to use a voucher to supplement private school tuition, children who now are stuck in crumbling public schools will at least be given a decent chance to go to a private school.

While the idea seems to have merit on the surface, it actually has many flaws. First, as the conservative/libertarian critics charge, vouchers, being funded with taxes, would permit the state to regulate private schools in the same way they currently regulate colleges that accept GI Bill funds, Pell Grants, and student loans. Since elementary and secondary education is even more regulated by state authorities than higher education, there is no doubt vouchers could have a crippling effect upon private schools that soon would find themselves under the government thumb. Others have eloquently pointed out this problem, so I shall move to the next set of objections.

As noted earlier, vouchers are an attempt to "create a market" where one has not existed. However, as Ludwig von Mises and Murray Rothbard have demonstrated many times, a true market is impossible without private property rights. Vouchers are government funds supplied by taxpayers. They are no more private property than an interstate highway or the Brooklyn Bridge.

The issue of private property is crucial, for without such property rights, voucher programs would operate at the whim of state authorities, which could change the rules whenever they pleased. One political regime might favor a hands-off voucher system, while a successive regime would demand "accountability" or even gut the program altogether, should the teachers unions demand it.

Unlike the money that parents like myself have used to pay private school tuition for our children, voucher money would come from the state. While the government was taxing me to pay for public schools, at least it could not restrict how I chose to spend the amount earmarked for school tuition. It was my money, my property.

That simply would not be the case for voucher payments. Because vouchers are not the private property of individuals, their uses will be restricted by government authorities that are beholden to special interest groups that certainly do not care about the rights of families.

As Mises and Rothbard also pointed out, without private property rights, economic calculation becomes a comedy of errors. Two likely scenarios would emerge in the wake of a new voucher program. First, the new money flooding into the private school market would undoubtedly drive up tuition prices, thus rendering many families still unable to send their children to the school of their choice. The tuition hikes would also fuel the rage of politicians who would most likely accused private schools of "price gouging," making them more susceptible to future unwanted and unwise regulation.

Second, the injection of new education money would lead to a number of small "education startups," some of which would be legitimate, but many others being "fly-by-night" operations. Like the malinvestment that strikes capital markets when government creates new credit out of the air, we would quickly see a new waste of funds into unwieldy educational operations that otherwise would never have opened their doors. It would not take long for voucher opponents to seize upon this unfortunate situation and convince political authorities to crack down on all private schools.

Finally, there is the prospect of "capture theory" itself. As economists have shown, regulated firms soon are able to "capture" the regulatory process and turn regulation into barriers to entry that keep other firms out of the market.

Such a scenario is highly likely if vouchers were to become widespread. Teachers unions and public school authorities, while at first resisting vouchers, would find how the influx of public money would ultimately give them more sway over private school operations. Most likely they would form alliances with the most established private schools that do not like competing with smaller startups, finding ways to damage their rivals or run them out of business altogether.

In other words, while the idea of vouchers sounds good to those who rightly believe that the public school monopoly should be challenged, voucher programs have too many inherent flaws. They do not create true market conditions because they are not private property. Instead, like Lange’s "market socialism," they are a halfway measure that ultimately would trap legitimate private schools in a worse trap than exists today.