The Trouble with Reform 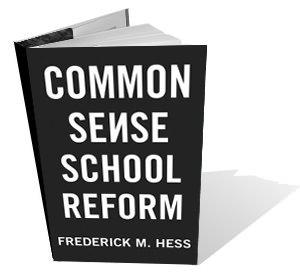 In the socialist-calculation debates of the 1930s, when free-market and anti-market economists argued about the workability of socialism, socialists Oscar Lange of the University of Chicago and Fred Taylor of the University of Michigan presented a two-pronged argument that seemed to carry the day. They argued that although socialized economies lacked market prices that were essential conveyors of information regarding changes in market conditions, consumer preferences, and resource efficiency, socialists could simply charge prices observed in market economies. In this way, they could construct economies that matched the economic results of liberal capitalism. (The eventual Nobel laureate Friedrich Hayek responded that given the complexities required for a closed system to mimic the market, then why not simply allow one?)

Lange in particular argued that the lack of efficient prices was simply a short-term problem, and that given inevitable advances in computer technology, such prices would eventually be produced in socialism. By collecting as much relevant economic data as possible and using it smartly, socialism would eventually work and at least equal market outcomes without self-interest or the profit motive.

One could not help but to think of Lange and Taylor's thesis when reading Frederick M. Hess's earnest and informative Common Sense School Reform. Hess's goal is to reform and improve public education, and like Lange and Taylor, his benchmarks are the practices and standards that thrive in the various forms of education that operate largely outside of public sector controls and funding. Hess divides reformers into two groups. The status quo reformers are those educators who promote reforms that, however valuable, do not threaten the basic institutional structure of public education. In contrast, the commonsense reformers argue for practices that threaten this structure by celebrating competition that encourages improvement of underperforming public schools, reverses hyperbureaucratization, removes obstacles to hiring quality teachers, and adjusts wage scales to favor quality teachers, among others.

Despite his overall tone, one gets the impression that Hess is not interested in more radical reforms, such as abolishing compulsory attendance or tenure. Neither is he interested in challenging the federal government's role in education, the growth of which is inversely related to public-school quality. (Such a position represents a remarkable shift of emphasis by a director of education policy at the American Enterprise Institute, where calls for abolishing the Department of Education were once standard.)

Rather, Hess wants to nudge the status quo into a commonsense direction to restore standards that existed decades in the past. Readers looking for John Taylor Gatto–like reform will be disappointed. Yet, those readers would have to admit that Hess's reform suggestions, if adopted, would vastly improve education’s status quo.

That such reforms even need suggesting speaks volumes about the current state of public education. For instance: Hess calls for "tough-minded accountability" for public education in which specific educational outcomes become the measure as to whether teachers (say) are allowed bonuses or keep their jobs, thus requiring annual reviews of student performance. Since teachers bring different comparative advantages to the classroom, such accountability requires flexibility in implementing plans to achieve these outcomes. Also, administrators must find talent pools broader than education majors (who, Hess documents, score well below the median on SAT and ACT tests) — and this requires altering licensing requirements.

Schools that lose students should lose funding, while those that gain students should gain funding. Good teachers should be paid more than bad ones, principals should be given more power to remove bad ones from the classroom, and in any event, tenure should not exist to protect the bad ones.

Meanwhile, students who are not proficient in specific skills or cognizant of a given core of knowledge should not be allowed to graduate. Pension plans should be altered to allow teacher mobility. The public at large, as opposed to education special interests, should determine the make-up of school boards. Graduate programs in education should have more stringent entrance requirements, since many — Hess cites a 2001 New York Times article — "have virtually no entrance requirements, save for the applicant’s ability to pay tuition." Technology needs to be used to help teachers optimize resources and time. And so on.

Hess also names the names of the status quo defenders who prefer to focus on student and teacher self-worth and have a knack for transforming all shortcomings into justifications for increased funding.

Along the way, Hess relates some interesting facts. A 2002 survey found that 75 percent of employers expressed serious doubts about public school graduates' basic skills. Twenty-five percent of college-bound high-school students cannot name the ocean separating the United States from Asia. This happens despite the fact that education funding in the United States tripled from 1960 to 2000. Notwithstanding the conventional wisdom, teacher salaries are actually quite high on average, above the median full-time worker salary. Citing important research by economist Richard Vedder, Hess notes that teachers earn more on a per hour basis than architects, civil and mechanical engineers, atmospheric and space scientists, physical therapists, and university foreign-language specialists. Hess cites studies finding that most Americans work 25 percent more than the typical teacher, while the typical school district spends 40 minutes each year per student collecting data to comply with the No Child Left Behind Act.

All this makes for an informative, well-documented, and well-written treatise. However, there are problems with Hess's thesis that makes Common Sense School Reform problematic. Accountability and flexibility are key to Hess's recommendations, with a strong endorsement of school choice thrown in. Here, one gets the impression that competition is acceptable not because of any inherent natural right of parents to educate their children as they see fit, but because of the effect of competition on public schools themselves. Competition then becomes another tool in the commonsense reformer’s toolbox that the state deigns to allow.

"Twenty-five percent of college-bound high-school students cannot name the ocean separating the United States from Asia. This happens despite the fact that education funding in the United States tripled from 1960 to 2000."

Furthermore, competition is assumed to have a similar effect on schools as Federal Express and United Parcel Service have on the U.S. Postal Service. Yet today, the post office is as wasteful and inefficient as ever, with millions avoiding its use at all costs. Why should this be the benchmark for public schools?

Throughout Common Sense School Reform, Hess presents examples of private-sector practices that should be adopted in public schools. Such comparisons, however, mean little when the differences reflect different institutional frameworks defining the public and private sectors. Yes, bad employees in the private sector tend to lose their jobs. Hess can write that the same should apply to bad public school teachers and administrators, but since public sector institutions rigidly oppose such practices, Hess might as well write that apples should become oranges.

The problems he avoids addressing are similar to the ones raised during the socialist-calculation debate. Market outcomes occur, in part, because exchange is voluntary, consumers are sovereign, property rights are protected, and there are strong incentives to minimize costs.

This contrasts sharply with the institutional framework of public education, in which taxpayers are forced to subsidize ineffective educational bureaucracies, the producers of educational "services" are sovereign, and strong incentives exist to spend budgets so as to receive a bigger one in the next budget cycle. If economic theory teaches us anything — especially the contributions of Ludwig von Mises on bureaucracy — the standards that Hess wants for public education will always be ephemeral as long as education remains public.

The irony of Hess's analysis, however popular it may be among conservative defenders of the US Department of Education, is that the reforms he suggests are already ubiquitous — among private and homeschool markets. If commonsense reforms are so obviously good for the students, why not defend such markets and urge their expansion? Instead, commonsense reforms come across sounding like glasnost for the education policy of a modern, highly centralized nation-state. This is too bad, because it detracts from otherwise admirable qualities in an otherwise recommended book.