A Treatise on Political Economy 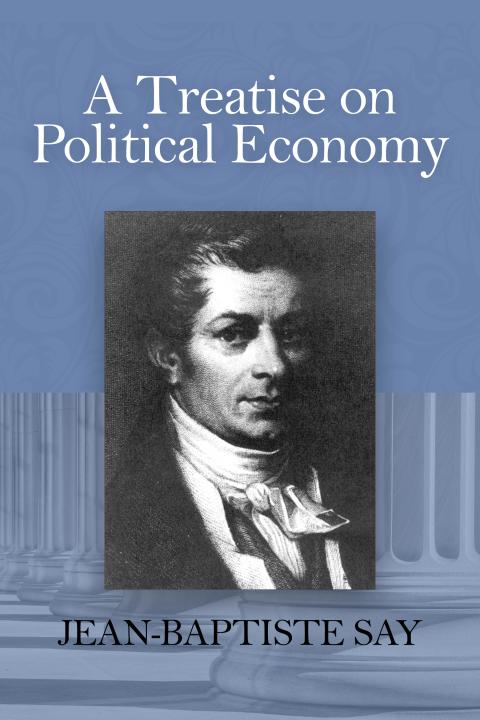 A Treatise on Political Economy_5.pdf

A Treatise on Political Economy_5.pdf

Jean-Baptiste Say (1767-1832) has been described as a revolutionary, an author of scholarly books and popular tracts, a social philosopher, a successful entrepreneur and a remarkable Renaissance man.

Above all, however, he was a great economist. He might best be described as a proto-Austro-Misesian, the author of the law of markets, known as Say's law, and as the first to coin the term "entrepreneur." Say's concern with the average interested citizen and his zeal for economic education for the masses is most apparent in this classic work, A Treatise on Political Economy.

The book has been heralded by Mises, Hayek, Rothbard, and many modern Austrians, who depend on his insights to assist in the understanding of markets and prices. Keynes only purported to refute him, but Mises said that Keynes only struck down a strawman; Mises was a follower of Say's perspective on the stability of market structures.

Say was not only a more sophisticated economist than Keynes; he was better than Smith in many ways. Larry Sechrest writes of this book: "With pen and ink, Adam Smith made the entrepreneur invisible. J.B. Say brings him back to life and to the center of the stage."

Jean-Baptiste Say deserves to be remembered as a precursor to the Austrian School. According to Murray Rothbard, J. B. Say is responsible for reintroducing the entrepreneur into economic thought.

Jean-Baptiste Say deserves to be remembered as a precursor to the Austrian School. According to...

J.B. Say was a great champion of economic truth, and this is even more obvious in looking at his attempts at public...

A Treatise on Political Economy

Larry Sechrest writes of this book: "With pen and ink, Adam Smith made the entrepreneur invisible. J.B. Say brings...