Tocqueville on Liberty in America 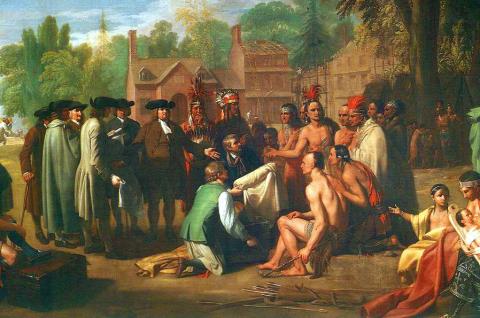 This year is the bicentennial of the birth of Alexis de Tocqueville, one of the most famous political commentators about America. Although not always a consistent thinker, he stands squarely in the classical liberal tradition of understanding the capacity of society to self organize in the absence of a controlling central state. Charles Eliot Norton described his two-volume Democracy in America (1835; 1840) as "constructive and non-partisan," whose focus on principles made him "objectively pro-American." The Edinburgh Review in 1865 called it "one of the wisest works of modern thought."

It has been said that more people have interpreted America through the lens of Democracy in America than through the work of any other writer.

In part because of its title, most readers have focused on its analysis of democracy. However, in many ways, its central focus was liberty. One early American reviewer stated that "the intelligent American reader can find no better guide" for understanding and preserving liberty. As de Tocqueville wrote to Henry Reeve, his English translator, his reviewers "insist on making me a party man, and I am not . . . the only passions I have are love of liberty and human dignity."  That passion shaped his analysis. As Henry Steele Commager said, "Liberty must be worked at, must be achieved, and it has rarely been achieved anywhere in the whole of history. It requires a most extraordinary self-control, self-denial, wisdom, sagacity, vision to protect liberty in the face of all the forces that mitigate and militate against it. And Tocqueville regarded centralization as the most dangerous of all the threats to liberty."

The bicentennial of Alexis Charles Henri Maurice Clerel, the Comte de Tocqueville, is an apt time to revisit the insights on liberty in Democracy in America.That is especially true today, since he recognized that liberty and democracy are not the same thing, despite the common modern confusion between them. Even more crucial, he recognized that democracy can be the enemy of liberty, and that of the two, liberty is far more important.

It has been said of Alexis de Tocqueville that "[n]o authority on America has equaled him in prophetic vision."  When we view the accuracy of his insights into the many clashes between democracy and liberty that have occurred since he wrote, resolved in favor of political determination because of the misplaced imagery of democracy as the central, most essential issue, it is hard to argue with that assessment.

The modern willingness to sacrifice liberty to democracy is perhaps the most important reason it is worth commemorating de Tocqueville's bicentennial with more than a cursory consideration of his insights. Recognizing the threat that democracy can be to liberty is never more important than when citizens are willing to routinely let democracy run roughshod over our individual, inalienable rights against such abuse.

The centrality of liberty to de Tocqueville's thought, as expressed in Democracy in America, can be encapsulated by two statements he makes about our "public interest" in liberty:  "their chief business . . . is to remain their own masters," but "to neglect to hold [liberty] fast is to allow it to escape."  It can also be recognized in his other writing. In Journey to America, he said, "Another principle of American society, which one must always keep in mind is this:  since every individual is the best judge of his own interest, society must not protect him too carefully, lest he should come to rely on it and so saddle society with a task it cannot perform."  Even more directly to the point, in Correspondence with Gobineau, he wrote that "To me, human societies, like persons, become something worthwhile only though their use of liberty."  That is a message that may be "out of the mainstream" today, but it is one Americans desperately need to hear.