There is No Such Thing As a Free Lunch 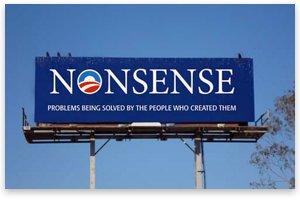 On August 3, 1996 Josef Salerno has argued the Austrian Business Cycle Theory is in many ways the quintessence of Austrian Economics, as it integrates so many ideas that are unique to the School such as capital-structure, monetary theory, economic calculation and entrepreneurship. As such, it would be impossible to adequately explain the Theory in a short note.

Time preference is the extent to which people value current consumption over future consumption. The key point of Mises's Austrian business-cycle theory is that interventions in the monetary system—and there is some debate over what form those inventions must take to set in motion the boom-bust process — creates a mismatch between consumer time-preferences and entrepreneurial judgements regarding those time preferences, e.g between consumers goods and whomever will produce those goods, for example, for generations of Americans, Columbia's Juan Valdez symbolized coffee production (whether or not that complemented Senior Valdez or the Columbians.) However with the advent of Vietnamese coffee, i.e. Trung Nguyen brand, there are strange goings on in the isles and shelves of the super market.

In fact, for those that are familiar with Mises' entire Socialist Calculation Debate, they should see the relevance of time preference and monetary origins to all business-cycle theories, Austrian or otherwise. For money itself must first have originated as a directly-serviceable good. Before it could become an indirectly serviceable good (i.e. money).

Alan Greenspan, Chairman of the Fed, has again raised the issue of the divergence between the Federal funds rate and long-term rates. The main reason for this is the existence of the time-lag between changes in interest-rate policy and the effect of the interest-rate on economic activity. Greenspan, with his usual slight of hand, told the Committee he needed to review the Commissions report again.

If there is any instance of Frédéric Bastiat's notion of "legalized plunder" under which the powers of the government, Federal or otherwise, are applied to steal the wealth of some for the benefit of others who are politically well connected, it is Haiti throughout the vagueries of it's long sad history. (Frederic Bastiat's famous essay is entitled, That Which is Seen, and That Which is Not Seem. Involuntarily orphaned children have demonstrated their self ownership to their fellow-men. As such, Haitian children must be treated as sovereign individuals.

U.S. foreign policy does not always jive with what the citizens of the U.S. want. (For more on the topic of of What Citizens Want, especially in foreign policy decisions; see the fascinating talk by Peter Klein on the relationship between the State and "teh interwebs"). Stepping back and looking at the broad sweep of US history when the dollar was anchored to gold, its purchasing power was on average constant for large stretches. But while the Ottoman Empire lasted from 1299–1922 and was, at one time an Empire spanning three continents — the American Empire has been around for half a century and doesn't even occupy all of it's own continent. The famous imperialist, Nicholson, amplified that point in his foreign-policy testimony before congress, insisting that the President needs to "put the peddle to the metal". (Nicholson's Congressional District was in the State of Washington).